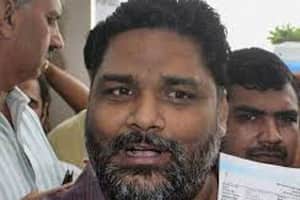 RJD MP Rajesh Ranjan, who had opposed removal of Jitan Ram Manjhi as Bihar Chief Minister, today lashed out at Nitish Kumar, accusing the JD(U) leader and his aides of working to “finish off” RJD and said he would resign from Lok Sabha membership if Lalu Prasad wishes so.

Ranjan, who is better known as Pappu Yadav, said he would send his resignation to the RJD Chief Lalu Prasad in a few days who can send it to the Speaker if he wants.

Dismissing claim by RJD leaders, including Lalu’s son Tejeswi Yadav, that he was in league with BJP, Ranjan said he was not concerned about what some “petty” leaders think and was speaking for RJD workers and senior party leaders who felt hurt at the party’s marginalisation.

“If Lalu ji thinks I won because of him and RJD, then let me tell him that he had given tickets to so many people and they lost. If he feels hurt by me or thinks I have cheated him, I will send him my resignation from Lok Sabha membership after he is done with his daughter’s marriage. He can send it to the Lok Sabha Speaker,” he told reporters outside Parliament.

Such a resignation letter will be more of a political exercise as a member has to submit the papers himself to the Speaker if he wishes to quit.

Ranjan has been in and out of Lalu’s party and enjoys considerable clout in parts of Bihar. His wife Ranjeet Ranajn won Lok Sabha election on Congress ticket from Bihar.

Attacking Kumar, Ranjan said he has given plum portfolios to leaders who have been working overtime to finish Lalu’s career and party and senior RJD leader Abdul Bari Siddiqui also said the party was not consulted by Kumar about his ministry.

Kumar’s party JD(U) is being supported by RJD in the Assembly.