India no longer is home to largest number of poor people in the world as this unwanted position has been taken over by Nigeria. 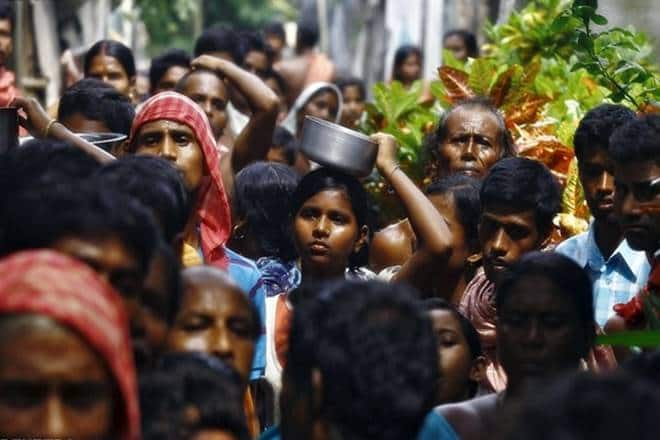 The World Inequality Report, essentially Piketty data, says that income inequality in India has reached historically high levels and, in 2014, the share of national income accruing to India’s top 1% of earners was 22%, while the share of the top 10% was around 56%. (Reuters)

In a good news, India no longer is home to largest number of poor people in the world as this unwanted position has been taken over by Nigeria. In early 2018, the African nation overtook India as the land of world’s largest number of poor. “At the end of May 2018, our trajectories suggest that Nigeria had about 87 million people in extreme poverty, compared with India’s 73 million. What is more, extreme poverty in Nigeria is growing by six people every minute, while poverty in India continues to fall,” The study published in the ‘Future Development’ blog of Brookings said.

The study also said that India could further drop to 3 in rankings later this year, with the Democratic Republic of the Congo taking the number 2 spot. The study defines extreme poverty as living on less than $1.9 a day.

However, the study also said that not enough is being done in the poor countries of Africa to reduce poverty. “As we fall further behind the target pace, the task of ending extreme poverty by 2030 is becoming inexorably harder because we are running out of time. We should celebrate our achievements, but increasingly sound the alarm that not enough is being done, especially in Africa,” study said.

India is among emerging economies in the South Asia where strong per capita growth rates are expected to help bring down poverty, World Bank said in its June edition of Global Economic Prospects: The Turning of the Tide? As per latest available data, one in every five Indians was poor in 2011 despite making remarkable progress in reducing absolute poverty since the 2000s.

The per capita net national income of India in the financial year 2016-17 stood at Rs 1,03,870, witnessing a growth of over 10.3%. India’s initial poverty reduction was driven by robust economic growth, increase in rural wages and an increase in non-farm activity especially construction sector.

The World Bank projected that countries with the largest number of poor are expected to grow at a “somewhat faster clip in 2018-20. Renewed progress on poverty reduction will require a “sustained acceleration” in per capita income growth, the World Bank noted. “Structural reforms that increase productivity and support export diversification would be critical to these efforts,” it said.