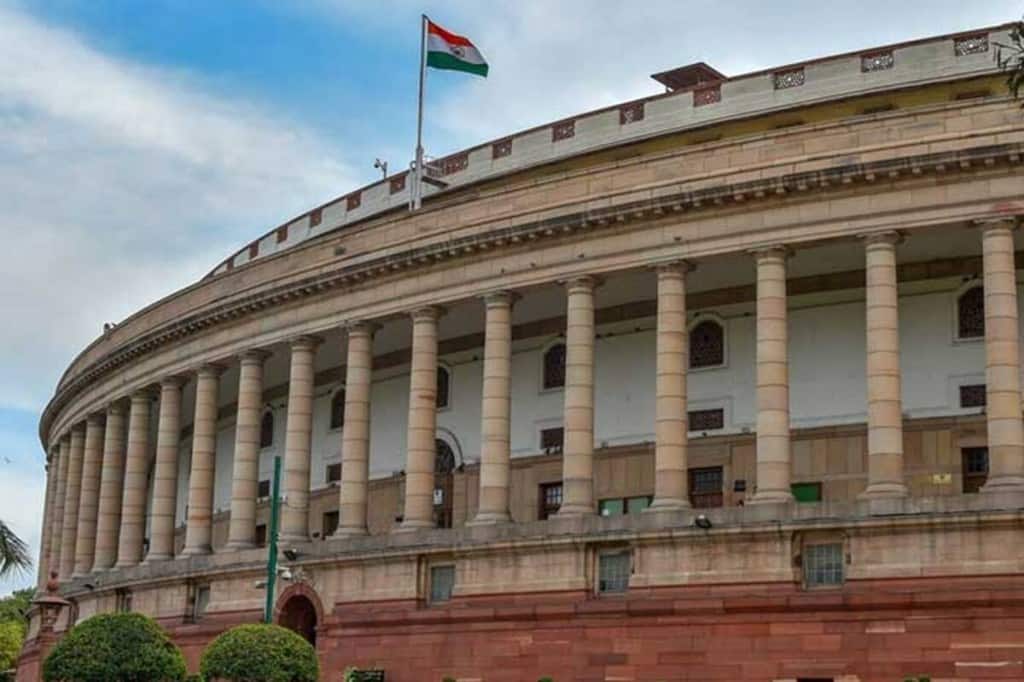 Announcing the Budget for FY22, Sitharaman had proposed to take up the privatisation of two state-run banks and one general insurer. “This would require legislative amendments…,” she had said.

Amid frequent disruptions in parliamentary proceedings on Friday, the government introduced three key financial sector Bills to offer relief to depositors of stressed banks, facilitate the privatisation of a general insurer and boost ease of doing business for limited liability partnerships (LLPs). All these Bills were cleared by the Cabinet on Wednesday.

The government introduced in the Rajya Sabha the Deposit Insurance Credit Guarantee Corporation (DICGC) Amendment Bill, which will give customers access to their deposits up to Rs 5 lakh within just 90 days if their stressed banks are placed under moratorium. The Bill covers all banks, including co-operative banks, and comes as a relief for depositors of PMC Bank that is still under moratorium.

It also introduced the Limited Liability Partnership (Amendment) Bill, 2021, which seeks to decriminalise a dozen offences and enable such entities to enjoy the same benefits as large companies. Hundreds of start-ups and others that are registered as LLPs will benefit from this move.

Separately, finance minister Nirmala Sitharaman introduced in the Lok Sabha a Bill to amend the General Insurance Business (Nationalisation) Act (GIBNA), which will facilitate the proposed privatisation of a state-run general insurer by enabling the Centre to pare down its stake below 51%, among others.

Introducing the GIBNA amendment Bill, 2021, Sitharaman, however, sought to allay fears of unbridled privatisation of state-run insurers. She asserted that the Bill’s passage will help public sector insurers mop up additional resources from the markets, which will enable them to design more innovative products.

The DICGC (amendment) Bill will cover 98.3% of depositors and 50.9% of deposit value in the banking system, way above the global level of 80% and 20-30%, respectively, Sitharaman had said earlier this week.

Also, as per the extant system, customers of a fallen bank could lay their hands on the insured deposit amount only after the bank’s liquidation, which would take even 8-10 years. So, the amendments were brought in to ensure that customers, especially the small ones, have time-bound access to the insured amount to meet financial exigency. Last year, the government had raised the limit of bank deposits insured under the DICGC Act to Rs 5 lakh from Rs 1 lakh.

As for the GIBNA (amendment) Bill, several opposition members have opposed the Bill on the ground that it would entail total privatisation of state-run general insurance firms.

Asserting that the fears are not well-founded, Sitharaman told the Lok Sabha on Friday: “We are bringing some enabling provisions so that the government can bring in public, Indian citizens, and common people’s participation into the general insurance companies.” Public private participation in the general insurance industry will also help get more resources, she added.

The statement of objects and reasons of the Bill suggests that the government seeks to remove the requirement of the Centre holding not less than 51% of equity in a specified insurer.

The minister said private general insurers can easily raise money from the market, which enables them to offer a better premium for insuring the public and develop innovative product base. “Whereas public general insurance companies are not able to perform because they are always short of resources,” Sitharaman said.

Announcing the Budget for FY22, Sitharaman had proposed to take up the privatisation of two state-run banks and one general insurer. “This would require legislative amendments…,” she had said.

The government is yet to announce the name of the firm for sell-off. However, NITI Aayog, which has been entrusted with the task of recommending a suitable candidate for privatisation, has reportedly suggested the name of United India to the core group of secretaries on disinvestment headed by the Cabinet secretary.

The sell-off plan is part of the government’s broader divestment goals for the financial sector, which also include privatisation of two banks and listing of insurance behemoth LIC. The government has set its overall disinvestment target for FY22 at Rs 1.75 lakh crore, about three-and-a-half of times the actual realisation last fiscal.