However, Indian exporters feel it will be tough for Bangladesh to ramp up supplies to China and improve trade balance, given Beijing’s typical use of non-tariff barriers to scuttle tariff concessions to trading partners. 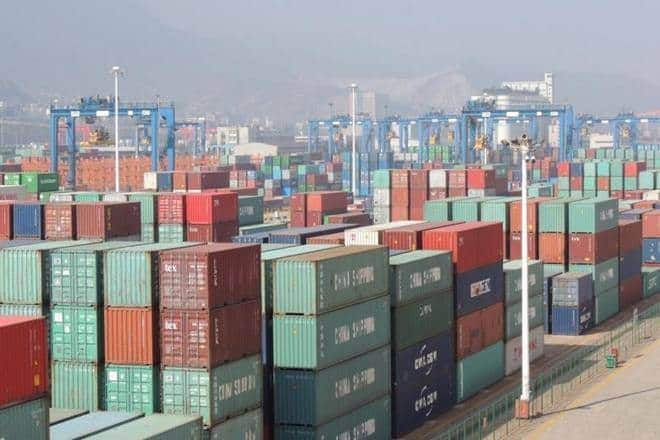 India’s trade with the U.S. was worth $87.95 billion in the year ended March 2019, making it the country’s largest partner.

Even as it clashes with India on the border, China has stepped up trade diplomacy with two of New Delhi’s traditionally close allies — Dhaka and Kathmandu – by wooing them through greater trade concessions.

Beijing has now widened the scope of an existing trade agreement with Dhaka to allow about 97% of Bangladeshi goods at concessional duties. Bangladesh’s foreign ministry said on June 19 that while the country already received tariff-exemption for 3,095 items under the Asia Pacific Trade Agreement (APTA), thanks to the latest announcement, a total of 8,256 goods would be exempted from the Chinese tariffs.

Similarly, China is also reportedly planning to lay a strategic railway network connecting Kathmandu and Shigatse in Tibet where it would join an existing railway line to Tibet’s capital Lhasa. It has also offered Nepal four ports for supply of goods to reduce reliance on India.

Since India has been a larger importer from both Bangladesh and Nepal than China, Beijing’s quiet trade diplomacy with these nations seems aimed at gradually undermining New Delhi’s ties with its allies to bolster its own strategic goals.

Already, Nepal has ratified a new map, claiming certain Indian territories as its own by unilaterally changing the status-quo, thus, adding to New Delhi’s discomfiture when it’s engaged in a bitter border dispute with Beijing. Many have interpreted Nepal’s latest action as the direct fall-out of growing Chinese clout in the KP Sharma Oli administration.

However, Indian exporters feel it will be tough for Bangladesh to ramp up supplies to China and improve trade balance, given Beijing’s typical use of non-tariff barriers to scuttle tariff concessions to trading partners. “For some time, maybe as long as the latest India-China border dispute stretches on, Bangladesh will have easier access to the Chinese market. However, they know how to control imports once political gains start to diminish,” said a garment exporter, who didn’t want to be named.

China exported goods worth $17.8 billion to Bangaldesh in 2018 while its imports stood at less than $1 billion. Indian imports from Bangladesh stood at over $1.2 billion in the first 11 months of FY20, while exports touched $7.5 billion. So while the China-Bangaldesh trade is already heavily tilted in favour of Beijing, New Delhi’s trade ties with Dhaka are much more balanced.

In late 2018, India had proposed to Bangladesh to weigh a free trade agreement with it covering goods, services and investment. Currently, Bangladesh enjoys duty-free access to the Indian market on most goods under the SAFTA (South Asia Free Trade Agreement). India is also part of the APTA, under which it had extended tariff concessions on 3,142 items to members, including Bangladesh, in 2018. Moreover, several Indian textile and garment companies, including Arvind Mills, have also heavily invested in Bangladesh.

As for Nepal, the trade ties with India have been much stronger traditionally. Nepal exports 55-60% of its goods to India and only 3% to China, but 90% of its imports are from India and only a negligible amount from China.