Pakistan Prime Minister Imran Khan today said he will not be staying in the sprawling Prime Minister House but in the military secretary’s three-bedroom house here. 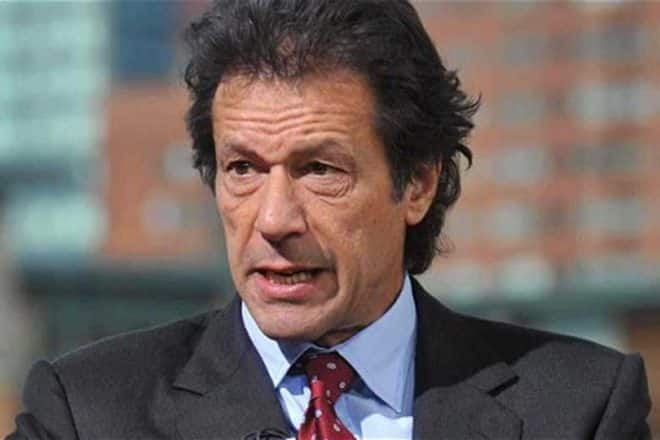 Khan said his government would auction off all the other bulletproof cars and invited businesses to come and buy them.

Pakistan Prime Minister Imran Khan today said he will not be staying in the sprawling Prime Minister House but in the military secretary’s three-bedroom house here. Khan, announcing austerity measures to cut down his own as well as the country’s expenditure during his maiden address to the nation, said that he wanted to live in his own house in Banigala “but was told by security agencies that my life was under threat which is why I am living here”. He said that the prime minister house has 524 servants and 80 cars. “The prime minister, which is me, also has 33 bulletproof cars. We have helicopters and aeroplanes to fly us. We have massive governor houses and every conceivable luxury.

“On one hand we don’t have money to spend on our people; on the other hand, we have a section of our people living like our colonial masters used to live,” he said. “Look at how we live. Look at how much money is spent by prime ministers on foreign tours? Where do these people spend Rs 650 million? Where does the speaker spend the Rs 160 million budget allotted to him? Are they going abroad to conquer land?” Khan said. Detailing plans on how he will cut down his own as well the country’s expenditure, he said “I will keep two people with me out of the 524. I will be staying in a three-bedroom house. I will have to keep two of the cars because my intelligence agencies tell me my life is under threat. I wish I did not have to move out of Banigala, but I have been forced to do so.”

Khan said his government would auction off all the other bulletproof cars and invited businesses to come and buy them. “We will put the proceeds of that auction in the state treasury,” he added. He said I wish that all the governor houses are kept as simply as possible. Khan said that he wished that the PM House be turned into a research university. “I am forming a committee under Dr Ishrat Husain to figure out how to cut expenses nationwide. I also want you to understand that the money we lavish on ourselves could have been spent on those who our state has left behind. Naya Pakistan also requires a new soch. We have to think about those who we have left behind,” he said.