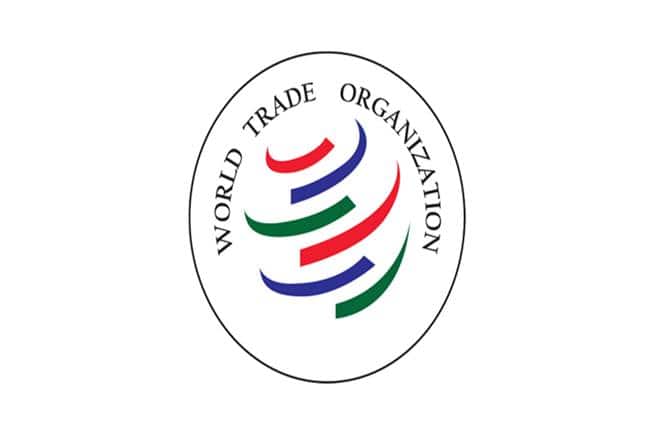 In the contentious environment that has prevailed in the WTO Agreement from the outset, it is not going to be easy to agree on WTO reform. (File photo)

There is a sense around the world that the WTO is deep in trouble. The last round of multilateral trade negotiations, the Doha Development Agenda, sponsored by the members in 2001, was virtually abandoned in 2015. And, now, the dispute settlement function has been put in jeopardy by the action of one member in refusing to allow vacancies to be filled up in the Appellate Body (AB). The AB will become dysfunctional after December 10, 2019, when the next retirements occur and it ceases to have the required quorum of three members. This would mean that dispute resolution would not progress beyond the panel process and there would be no final decision in disputes raised before the body. If disputes cannot be settled in the WTO, enforcement of existing rules will be difficult and negotiation of new rules pointless.

The language used in the Osaka Summit Declaration on June 28-29, 2019, does not reflect deep anxiety at the troubled state of the multilateral trading system and the leaders merely affirm support for ‘the necessary reform’ of the WTO. The muted language of the G20 declaration probably reflects the fact that the aim of the current presidency in the US is to weaken the system and not strengthen it. Fortunately, most, if not all, other WTO members hold a different view and want to strengthen the multilateral trading system. They have made proposals for reform, some as formal submissions in the WTO, and others outside formal meetings.

In the contentious environment that has prevailed in the WTO Agreement from the outset, it is not going to be easy to agree on WTO reform. So, members must focus on selected issues on which deficiencies strike deep at the functioning of the WTO. Two issues need attention as a matter of priority. First, steps need to be taken to keep alive the appellate process. Second, a new life must be breathed into the negotiating process, whereby new areas can be taken up for liberalisation without fear of deadlock because of lack of consensus. In this context, we explore how we can make progress on these two issues.

We take up the Appellate Body issue first. The US has raised some legitimate points on the working of the AB and a number of members, including India, have proposed credible solutions to the issues raised. But the problem is that the US has refused to engage on the matter. The not-so-hidden agenda of the US appears to be to overturn the quasi-judicial format of the WTO and revive the structure of the GATT (1947) days when negotiation was the norm for resolving differences. This enabled the member with economic strength and political clout to prevail, and while rules existed, they did not help clinch decisions.

One way out that is being discussed informally among delegations is a proposal to use Article 25 of the Dispute Settlement Understanding (DSU) of the WTO Agreement, which provides for arbitration as an alternative means of dispute settlement. The idea behind the proposal is that members desirous of preventing disruption of the appellate process in WTO disputes would enter into a plurilateral accord providing for appeal arbitration in all cases of appeal from a final panel report. It would be an interim arrangement that would apply during the period in which the AB in unable to function due to non-appointment to vacancies in it. The agreement would clone the provisions of the DSU on appeals and incorporate the agreed working procedures for appellate review. The Director General of the WTO will be authorised to select the arbitrators from among former AB members. Such a plurilateral agreement would not be a perfect substitute for the existing arrangement and would not apply to members, like the US, that are not willing to sign on to it. Nevertheless, it would still be invaluable in helping to maintain continuity in the functioning of the dispute settlement system in respect of members that agree to the interim solution.

The second issue of dealing with the need for consensus among 164 WTO members in initiating new liberalisation negotiations and successfully concluding them is also challenging. In 2017, at the Buenos Aires ministerial meeting of the WTO, different groups of members adopted joint ministerial statements, calling for negotiations on a motley group of four subjects, viz., domestic regulation on services, electronic commerce, investment facilitation for development and micro, small and medium-sized enterprises. Members are divided not only on whether the time is ripe for an agreement on these subjects but also on the disciplines that should go into them. At any rate, out of the four, there has been a groundswell of support only on electronic commerce. On January 25, 2019, at Davos, 76 WTO members decided to launch talks to establish a comprehensive set of rules on the subject. Subsequently, the Osaka G20 Summit gave a significant push to the negotiation of an international agreement on e-commerce by launching talks on free cross-border flow of data. G20 remains divided on the issue and three members—India, Indonesia and South Africa—did not support the free data flow initiative at Osaka.

There is no need to despair here. If certain governments do not see any advantage in participating in negotiations for an international agreement on e-commerce at this stage, it is their sovereign choice. If they have policies for data localisation and restriction of cross-border movement of data, their hesitancy is understandable. However, two past plurilateral initiatives for the liberalisation of trade–the information technology agreement in 1996 and declaration on the expansion of trade in information technology products–in 2015 show us the way in situations in which there is disagreement on liberalisation initiatives. They were both negotiated on an open-ended basis, that is, those who wanted to participate in the negotiations did so and those who did not want to participate did not.

At the end of the negotiations, there was another opportunity for participants to become a signatory or to withdraw if they were not satisfied with the result. An important feature of these agreements is that they entered into effect when participants with a predefined critical mass of share of world trade (90%) accepted the outcome. An even more important feature of these agreements was that their benefits were extended on an MFN basis to all WTO members, whether or not they participated in the negotiations or accepted the agreement. This attribute is imperative for such plurilateral agreements to be consistent with the requirements of the Marrakesh Agreement establishing the World Trade Organisation. The advantage of such plurilateral initiatives is that they can go forward even in the absence of consensus, provided the critical mass of trade shares is achieved. The two plurilateral agreements of 1996 and 2015 provide the template for the negotiations of future agreements as well, on e-commerce, for instance. There seems no need for a formal decision in a WTO body for this model to be followed in future. Members can just move resolutely forward, negotiate an agreement and adopt it at the next ministerial meeting.

The suggestions for WTO reform that we make here are not ideal outcomes. The objective of the interim appeal arbitration arrangement is rather to defend the multilateral trading system from an onslaught that is designed to bring about its downfall. The intention behind advocating a plurilateral approach for liberalisation agreements is to find the way forward, even in the absence of consensus, in cases in which the negotiation of liberalisation agreements takes place on an open-ended basis and the benefits are extended to all WTO members.

The author is Professor at ICRIER (Views are personal)