If Modi govt wants Aatmanirbharta in agriculture, oil palm is a crop to work on

At $10 bn, edible oil Import account for the largest portion of India’s Agri-Import bill. If the Modi govt wants Aatmanirbharta in agriculture, oil palm is a crop to work on. 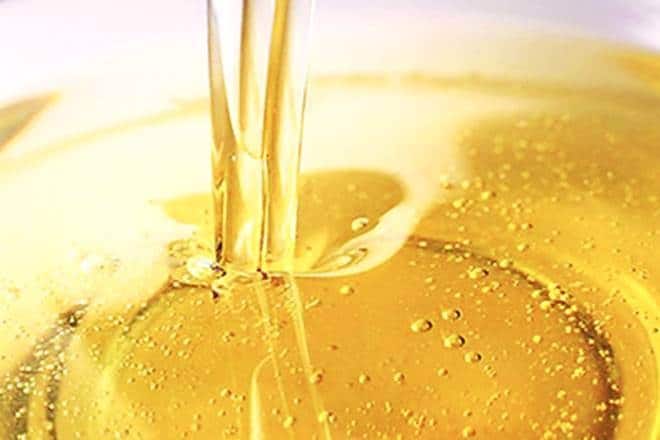 With the disruption in global supply chains due to the Covid-19 crisis, and now, the border stand-off with China, prime minister Narendra Modi has given a clarion call for Aatmanirbhar Bharat. The Modi government banned 59 Chinese apps, stepped up effort to check imports and investments from China, even raised import duties, and exhorted the masses to ‘be vocal for local’. Many economists called it ‘back to protectionism’.

Let me focus here on aatmanirbharta in the agriculture sector. Food is an essential item. It is presumed that, for a large country like India with a 1.37-billion population, much of the food has to be produced at home. We don’t want to be in a situation of ‘ship to mouth’, as we were in the mid-1960s. We know the political cost of over-dependence on food aid. But, there is one basic difference between the mid-1960s and today. And, that is the availability of foreign exchange reserves. In 1960s, if India had spent all its foreign currency reserves—India had about $400 million in the mid-1960s—just on wheat imports, what it could import was about 7 million tonnes (mt) of wheat.

In any case, let us look within the agricultural sector: Is India a net exporter or net importer of agricultural products?

The accompanying graphic presents exports and imports of agricultural commodities over the last 10 years (2010-11 to 2019-20). It clearly shows that India has been a net exporter of agri-produce. In fact, it has been so ever since reforms began in 1991. The golden year of agri-trade, however, has been 2013-14. That year agri-exports peaked at $43.6 billion while imports were $18.9 billion, giving a net trade surplus of $24.7 billion. The year 2013-14 was the last year of the UPA government in power. Ever since the Modi government took over the reins of the economy in 2014, agri-exports have been sluggish and sliding. Even after six years in power, agri-exports in 2019-20 were just $36 billion, and net agri-trade surplus at $11.2 billion. With this lacklustre performance, the talk of doubling agri-exports by 2022 looks almost impossible.

However, if one were to look at agriculture and chalk out a strategy where exports can be augmented and imports compressed, we need to keep in mind the principle of “comparative advantage”. That means exporting more where we have a competitive edge, and importing where we lack competitiveness. The current agri-export basket of 2019-20 gives a sense of “revealed comparative advantage”. Marine products with $6.7 billion exports top the list followed by rice at $6.4 billion (basmati at $4.6 billion and common rice at $2.0 billion), spices at $3.6 billion, buffalo meat at $3.2 billion, sugar at $2.0 billion, tea and coffee at $1.5 billion, fresh fruits and vegetables at $1.4 billion, and cotton at $1.0 billion.

But, rice and sugar are quite subsidised through free power and highly subsidised fertilisers, especially urea. Together, the power and fertiliser subsidies account for about 10-15% of the value of rice and sugar being produced on per hectare basis. But, more importantly, it is leading to virtual export of water as one kilogram of rice requires 3,500-5,000 litres of water for irrigation, and one kilogram of sugar consumes about 2,000 litres of water. So, in a sense, both are leading to faster depletion of groundwater. In states like Punjab and Haryana, due to rice, and in Maharashtra, due to sugar. Thus, quite a bit of such “revealed comparative advantage” in rice and sugar is hidden in input subsidies. This leads to increased pressure on scarce water and highly inefficient use of fertilisers. It may be worth noting that almost 75% of the nitrogen in urea is not absorbed by plants. Either it evaporates into the environment or leaches into groundwater, making it unfit for drinking.

Why don’t we give similar incentives for exports of high-value agri-produce like fruits and vegetables, spices, tea and coffee, or even cotton, as we do for rice and sugar? This is a moot question that policymakers need to think with an eye on “comparative advantage” principle.

On the agri-imports front, the biggest item, edible oil, is worth about $10 billion (in quantity terms, about 15 mt plus). This is where there is the need to create aatmanirbharta, not by putting high import duties, but by creating competitive advantage through augmenting productivity and recovery ratio of oil from oilseeds, and in case of palm oil, from fresh fruit bunches. While mustard, sunflower, groundnuts, cottonseed have potential to increase oil production to some extent, the real potential lies in tapping oil palm. This is the only plant that can give about four tonnes of oil on per hectare basis. India has about two million hectares area suitable for oil palm cultivation, which can give 8 mt of palm oil. But, it needs a long-term vision and strategy. If the Modi government wants aatmanirbharta in agriculture, oil palm is a crop to work on!

The author is Infosys chair professor for agriculture, Icrier. Views are personal