From NELP TO HELP: Can a new policy transform the oil and gas exploration and production sector in India?

India is the 3rd largest consumer of crude oil and petroleum products with oil and gas contributing 34.4% to primary energy consumption. In 2015-2016, India’s crude oil import dependence rose to 81% from 78.5%. 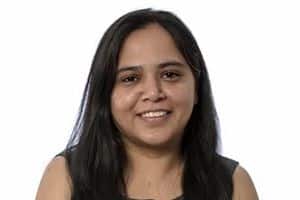 Contractual agreement under HELP will be based on revenue sharing unlike profit sharing PSCs (Production Sharing Contracts) under NELP.

India is the 3rd largest consumer of crude oil and petroleum products with oil and gas contributing 34.4% to primary energy consumption. In 2015-2016, India’s crude oil import dependence rose to 81% from 78.5%. In last five years, India has seen overall decline in exploration and production of conventional resources. New Exploration Licensing Policy (NELP) created in 1997 ended the state dominance and created a competitive environment leading to liberalization of oil and gas exploration and production industry. However, it failed to keep the momentum of production growth and attracting the foreign investment. Between 1998 and 2012, there were nine rounds of oil and gas block auction, in which 254 blocks were awarded through competitive bidding process. Out of these, presently only 148 blocks are active and 106 have been relinquished. So far, 128 hydrocarbon discoveries (82 gas and 46 oil) have been made in 42 NELP blocks and production is limited to only 3 blocks. Bureaucratic hurdles like multiple approvals and sanctions, cost overruns, and disputes led to some oil majors leaving their awarded blocks and exit from the space. Five years ago, Ministry of Petroleum and Gas had allowed Reliance Industries Limited and British Petroleum to join hands for exploration in 21 blocks. Most of these have been relinquished in the last 5 years due to poor prospects and lack of other clearances. In 2013, BHP Billiton Ltd, had surrendered 10 oil and gas exploratory fields because its permission to explore was not cleared by India’s defense establishment.

Approved in March 2016, Hydrocarbon Exploration Licensing Policy (HELP) comes as a reform measure by the Government of India. HELP provides a uniform licensing system to cover all hydrocarbons such as oil, gas, coal bed methane, shell oil and gas etc. under a single licensing framework coupled with open acreage policy. Now, it will be possible to explore the overlapping resources in a block without any concerns related to the contractual obligations. Open acreage will give companies flexibility to identify the acreages of interest throughout the year. Contractual agreement under HELP will be based on revenue sharing unlike profit sharing PSCs (Production Sharing Contracts) under NELP. In PSCs, companies first recover their capital and operating expenditure before sharing the profits with the government. But, this can involve CAG audit of expenses as it in happening in case of Reliance KG-D6 saga. Government of India’s move to RSCs (Revenue Sharing Contracts) will give the flexibility to the companies to manage operations without any such scrutiny of the government auditor. In RSCs, revenue will be shared between the government and the producer right from the first batch of production of oil and gas.

Government of India’s DSFA (Discovered Small Field Awards) bid round response will identify if HELP will really help India’s oil and gas exploration and production sector with RSCs, removal of oil cess , custom duty exemptions, pricing freedom on oil and gas discoveries and other cost dispute causing hurdles. DSFA bid round is expected to close on 31st Oct 2016 and field awards will be given on the basis of RSC for the first time in December. The government has done global roadshows and is covering the softer aspects of ease of doing business in India, facilities and infrastructure that can be utilized in close proximity of the offered fields. However, the key operational risks related to modeling of RSC’s , dispute resolutions and above all clearances and approval will be uncovered while offers are made in December and as companies kick off the work. While the DSFA bid round does not involve the risk of recovery of cost associated with RSCs as all the 67 concerned blocks are known discoveries and estimated to hold over 625 million barrels of oil; the success of DSFA is crucial to identify the softer operational aspects related to RSC’s.

Hydrocarbon exploration program follows DSFA in which open acreage can be posted and data can be procured from National Data Repository. With RSCs in open acreage, companies would want to be confident about investing huge capital under circumstances when the cost recovery is not guaranteed.

For deep water exploration and unconventional resources like tight oil and gas, India needs help both on technology as well as funding. HELP aims to attract global majors to get both technological and financial muscle. The thought leadership of creating “Energy Security” for India and reducing the oil imports by 10% by 2022, when we celebrate 75 years of independence requires strong focus on increasing domestic production of both conventional and non-conventional sources and unleashing the full potential of hydrocarbons exploration and production.

HELP is a right step in the right direction but the key question is- Is this the right time for this? With all time low global crude oil prices and the ease of quickly scaling up or down the production of unconventional resources has changed the capital investment outlook for conventional resources globally. The challenge is not any different for India. HELP, a single licensing framework is expected to ease the pressure and cost of regulatory compliance for exploration and production companies in India. We need some more time to assess how HELP helps the industry.