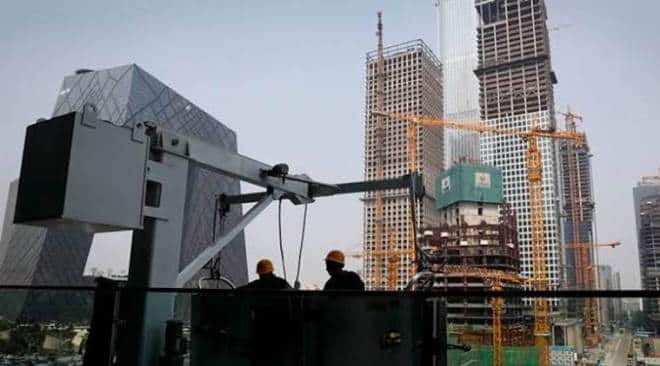 The new amendment will ensure commonality of intent, and then they can seek insolvency action, avoiding arbitrariness by just one or two individuals.

India announced a 250 billion-rupee ($3.5 billion) fund to salvage stalled residential projects in a bid to reverse slowing growth in Asia’s third-largest economy. The new program is an improvement on a $1.4 billion real-estate corpus launched in September, Finance Minister Nirmala Sitharaman told reporters after a cabinet meeting in New Delhi late Wednesday. Unlike the previous plan, the government has now decided to also support projects that have been written off by lenders as bad loans.

“It will be in the form of an alternate investment fund with the government contributing 100 billion rupees,” Sitharaman said. State-run insurer Life Insurance Corp., State Bank of India and others are likely to contribute the remaining 150 billion rupees. Builders will have to be net worth positive to avail the facility, she said.

Prime Minister Narendra Modi is betting on a revival in the real estate industry to boost demand and kick-start an economy that’s expanded at the slowest pace in six years for the quarter ended June 30. A series of shocks in the last few years, from the unexpected withdrawal of high-value rupee notes in 2016 to the sales tax introduced the following year, have dented property-market sentiment and caused funding for developers to dry up.

About 576,000 projects worth about 4.6 trillion rupees are running behind schedule across seven big Indian cities, Anuj Puri, chairman of Anarock Property Consultants said in an email. “The timeline for setting up this fund and its actual implementation is quite critical,” he said.

There are 1,600 mothballed housing projects with around half a million incomplete dwelling units, Sitharaman said. The decision was taken after a discussion with stakeholders and the central bank.An analysis of about 11,000 home builders by research firm Liases Foras in February showed that developers on average have to repay twice as much in debt each year as the income they generate that can be used to service it. This comes as property prices in India’s biggest cities are flagging — home values in Mumbai sank 11% last year following a 5% decline in 2017. India introduced a law with strict punishments for building delays in 2016.

The inclusion of projects that had been written off as bad loans will benefit several incomplete housing projects in areas like Noida near New Delhi, according to Niranjan Hiranandani, president of the National Real Estate Development Council. Across Indian metropolitan regions, homeowners had been banding together to complete unfinished apartments and free up their money that had been stuck in these developments.

Stalled projects are at the center of a slowdown in the country’s property market and a key reason for mounting default risk of developers.

“There are several genuine developers who are solvent, however are facing a liquidity challenge due to various reasons as sales have slowed down and buyers prefer to buy ready-to-move-in apartments, said Ashok Mohanani, chairman of developer Ekta World. “This funding will enable such Developers to complete their projects.”