The proposed 7,200 km long international corridor INSTC will support the growth of Indian exports by reducing transport cost by USD 2,500 per 15 tonnes of cargo, a study has claimed. 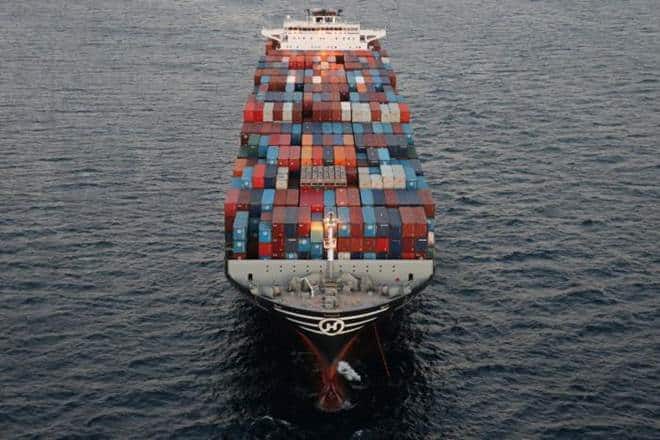 The proposed 7,200 km long international corridor INSTC will support the growth of Indian exports by reducing transport cost by USD 2,500 per 15 tonnes of cargo, a study has claimed. (Reuters)

The proposed 7,200 km long international corridor INSTC will support the growth of Indian exports by reducing transport cost by USD 2,500 per 15 tonnes of cargo, a study has claimed. International North–South Transport Corridor (INSTC) is a multi-mode network of sea, rail, and road route for moving freight between India, Russia, Iran, Europe and Central Asia. As per a study conducted by the Federation of Freight Forwarders’ Associations in India (FFFAI), moving cargo over the INSTC will be 30 per cent cheaper and 40 per cent shorter than the current traditional route. The traditional Suez Canal route takes 45-60 days whereas the INSTC would take 25-30 days. The INSTC is likely to increase trade connectivity between major cities of Mumbai, Moscow, Tehran, Baku, Bandar Abbas, Astrakhan, Bandar Anzali. According to Subhasis Ghosh, Director of Maritime World Services, the progress on cargo movement on INSTC would be discussed on September 16, 2017 on the final day of the three- day Maritime Nation India 2017 Tradeshow which commences in Mumbai on September 14, 2017.

The INSTC International Conference -2017 is being conducted by the Federation of Freight Forwarders’ Associations in India (FFFAI) and is supported by the Ministry of Commerce.
Ghosh said INSTC could be viewed as an alternative to the Suez Canal route, which takes longer and is more expensive for Indian cargo destined for trade with Eurasian countries. Ghosh said the INSTC, on its implementation, would also boost bilateral trade between Russia and India. The successful activation of the corridor will help connect India to Russia within 16-21 days at competitive freight rates leading to development of trade on the INSTC. At present, one has to either use Rotterdam port or land route via China to reach Russia and Central Asia. These are long, expensive and time-consuming.

The plan is to move goods from Jawaharlal Nehru and Kandla ports on India’s west coast to Bandar Abbas (Iran) by sea. From Bandar Abbas, the goods will be transported to Bandar-e-Anzali (Iranian port on Caspian Sea) by road and from there to Astrakhan (a Caspian port in Russia) by sea. The goods would then be transported into Russian Federation and Europe by Russian railways. India and Russia have fixed a target of USD30 billion trade volume to be achieved by 2025. Presently, bilateral trade between both nations is extremely low and it was just $9.51 billion.
If India partners with Eurasian Economic Union (EEU), it will further boost and expand its economic, trade and investment opportunities in more countries in this region.