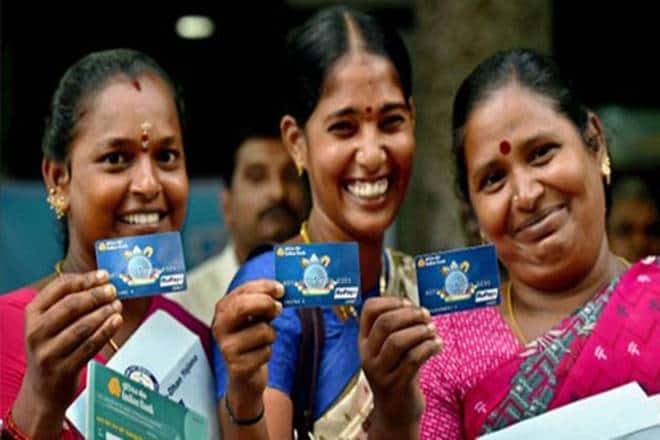 Modi government’s flagship scheme Pradhan Mantri Jan Dhan Yojana has helped in raising women’s ownership of bank accounts from 43 per cent in 2014 to 77 per cent in 2017, according to a report. Consulting firm MicroSave Consulting (MSC) in a report titled ‘The real story of women’s financial inclusion in India’ said the country has succeeded in reducing the gender gap in financial inclusion by 14 percentage points in three years (2014-17).

“The Pradhan Mantri Jan Dhan Yojana (PMJDY) raised women’s ownership of bank accounts from 43 per cent in 2014 to an extraordinary 77 per cent in 2017,” it said. Neighbouring countries like Bangladesh and Pakistan, are far behind with just 36 per cent and 7 per cent share in account ownership by women, respectively.

The report, however, pointed out that some accounts are still inactive. MSC Group Managing Director Graham A N Wright said that there is need to understand the complex gender issues that often limit the use of these accounts.

PMJDY, launched on August 27, 2014, by Prime Minister Narendra Modi, was aimed at providing financial services to the poor. These included opening bank accounts for the poor, giving them electronic means of payment (via RuPay cards), and placing them in a position to avail themselves of credit and insurance.