Farmers wait for ‘acche din’ as agriculture growth slows down to 2.7%

With rising farmer’s protest such as Delhi Kisan Protest and Maharashtra Long March, and farmer suicides in the country, the issue is staring in the face of the government for a speedy solution, as India nears general election 2019. 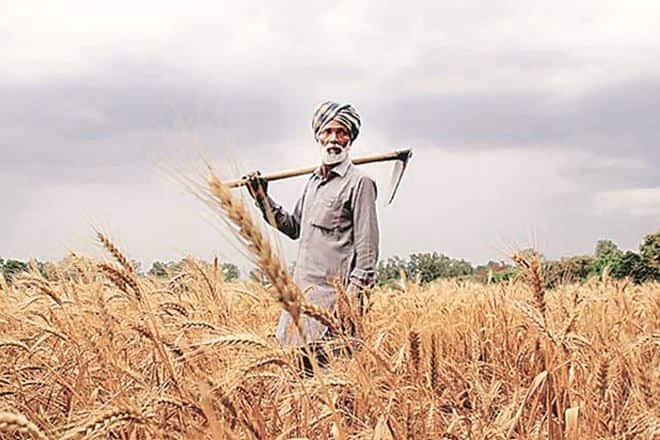 Indian agriculture, which has been reeling under distress for long, shows little sign of improvement. The agricultural output in the economy grew by only 2.7 per cent in Q3 of FY19 from 4.6 per cent in the Q2 of FY19.

With rising farmer’s protest such as Delhi Kisan Protest and Maharashtra Long March, and farmer suicides in the country, the issue is staring in the face of the government for a speedy solution, as India nears general election 2019.

The annual growth in ‘nominal’ gross value added (GVA) from agriculture at current prices for Q3 FY19 was 2.04 per cent. This was below the “real” GVA growth of 2.67 per cent, but also the lowest since the minus 1.1 per cent rate recorded way back in October-December 2004.

Indian agricultural is experiencing a rare phenomenon of food disinflation, India Ratings and Research Chief Economist Devendra Pant said to Financial Express Online. Though some of the fall in agricultural growth rate was due to adverse weather condition such as prolonged winter, some was also due to the base effect, he said. Pant proposed use of effective government intervention at the right time and to the right extent, in order to maintain stability in food prices.

Ashok Gulati, chair professor, agriculture, ICRIER, stressed on the need for structural reforms in market and trade policies prevailing in the agricultural sector, adding that the growth of this sector has a significant influence on poverty.

“MSP policy cannot reach more than 20% of peasantry even with augmented procurement of pulses and oilseeds and, therefore, cannot be a solution to farmers’ distress,” Ashok Gulati wrote in Financial Express recently. The loan waiver, which the Congress President Rahul Gandhi has proposed, will also not benefit more than 30% of peasantry, who have access to institutional credit, he added.

There is need for agri-marketing to opening up land lease markets, to rationalisation food and input subsidies (fertilisers, power, irrigation, insurance, interest subvention) and investing in innovations that can ensure not only higher productivity in agriculture but also its sustainability and profitability, wrote Gulati in The Indian Express recently.