MSPs have never had the legal backing and been implemented by administrative orders, the government has pointed out, in its attempt to quell the agitation over the new farm laws. 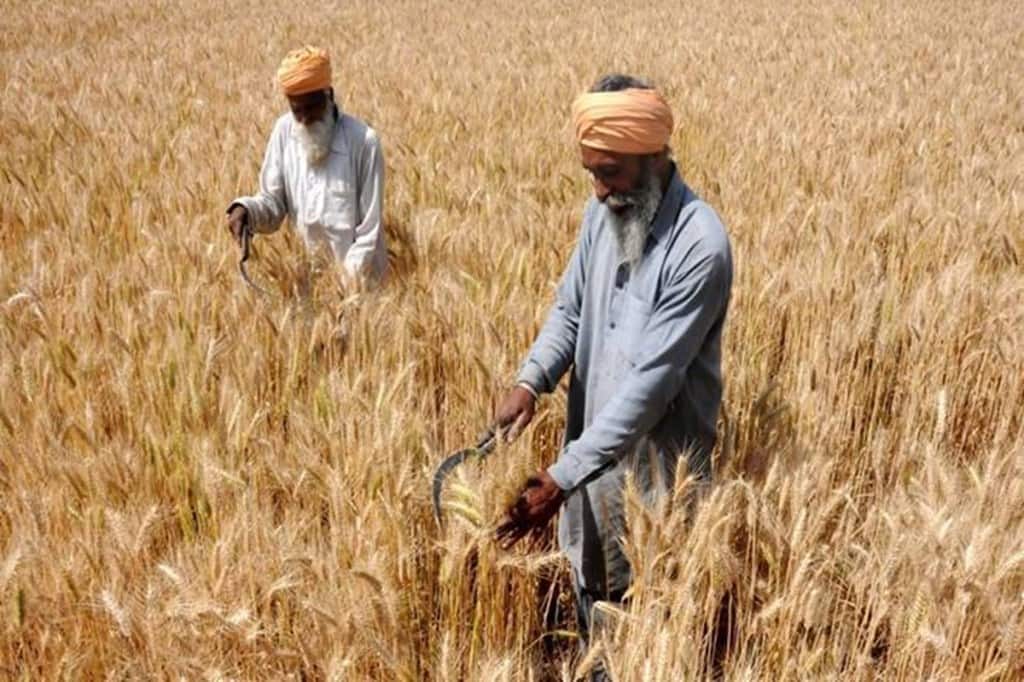 Even in case of the 10 crops that were actually procured by the government in 2019-20, the purchases made up for just about 33% of their total market value.

Do minimum support prices (MSPs) stand as a bulwark against artificial hammering down of market prices? Procurement value (at MSPs) was hardly 26% of the total market value of the 22 crops for which the benchmark prices were announced in the 2019-20 crop season (July-June), according to an FE estimate.

Even in case of the 10 crops that were actually procured by the government in 2019-20, the purchases made up for just about 33% of their total market value.

If wheat, paddy and cotton, where MSP purchases were 37%, 44% and 30%, respectively — much higher than in the case of other crops — are excluded, the total MSP procurement value of the remaining 19 crops for which MSPs existed in the season, was a dismal 9% of their total market value.

Since the overall output value of the agriculture and allied sector (which tends to be higher than its GVA) was expected to be around Rs 40 lakh crore in 2019-20, procurement made up for even a smaller fraction of it — just 6%.

However, minimal MSP operations are, these tend to have a bearing on market prices of all crops, the defenders of the MSP system say. Really? Except for wheat and paddy, the only two crops in the case of which MSP operations are substantial, market prices don’t seem to be impacted by real MSPs or the possibility thereof. Even in the case of some 22 items (of over 1,000 crops grown) for which MSPs are announced, the aggregate market prices through the respective crop seasons tend to be below MSPs, the differential being roughly 15% on an average, a cursory look at the prices in the last few seasons by FE revealed.

In the 2019-20 crop year, for instance, the market prices of arhar, gram and groundnut ruled 16.6%, 16.7% and 10.8% below their respective MSPs. The analysis is based on the pan-India weighted average mandi prices during the October-January period for kharif crops and those between March and June period for rabi crops.

Despite the Food Security Act that led to ramping up of paddy and wheat procurement by FCI and others and the recent half-hearted efforts by Nafed to purchase pulses at MSPs, albeit in small quantities, value of MSP purchases continues to be a small fraction of the country’s agriculture market.

The comprehensive agriculture marketing reforms unleashed by three recently-enacted farm laws haven’t come too early -– several expert panels have pitched for such changes over decades. Yet there’s merit in the argument that proliferation of market yards and private mandis in every nook and corner of the country should have preceded the enactments, so that perfect conditions were created for the new market ecosystem.

The government has asserted that the new laws would not cripple the MSP system or the APMC mandis. MSPs have never had the legal backing and been implemented by administrative orders, the government has pointed out, in its attempt to quell the agitation over the new farm laws.

Since June 5, the day the Centre promulgated three Ordinances reforming the country’s agriculture marketing (these were replaced by legislations passed by Parliament in the monsoon session), mandis have seemed to gradually lose their market shares in many areas. During the June 6-August 31 period, mandi arrivals of fruits dropped 49% on year, that of vegetables by 57% and grains by 45%, as FE reported earlier. So, the threat to APMC mandis from the new laws may be real. Some economists have said even as the APMC mandis have an archaic and exploitative trait, farmers in many regions have a “symbiotic relationship” with the mandis and the middlemen who control the APMC system.

However, the fact remains that even before the new central laws, more than half of Indian states/UTs had undertaken reforms, allowing private agri market yards and markets.

–with inputs from Banikinkar Pattanayak