In the last three years, China’s footprint in the South Pacific has become so large and its behaviour in other parts of the world so much more assertive, that alarm bells have started to sound in capital cities of the South Pacific’s traditional partners. 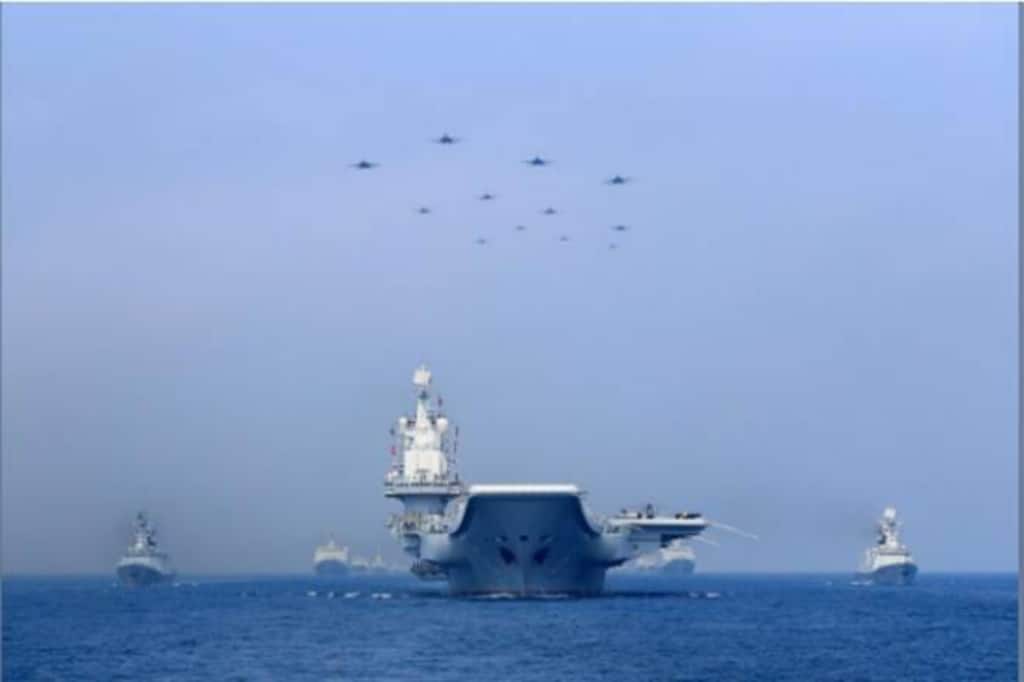 Over the last two decades China has been steadily building its influence in the South Pacific. (Reuters Image)

The South Pacific is known for its geographic and cultural diversity with unique development challenges. With a cumulative population of fewer than 13 million people, these 14 sovereign nations with dual problems related to small size and remoteness make conventional economic pathways in most of these countries very difficult. In the last three years, China’s footprint in the South Pacific has become so large and its behaviour in other parts of the world so much more assertive, that alarm bells have started to sound in capital cities of the South Pacific’s traditional partners.

Over the last two decades China has been steadily building its influence in the South Pacific. Many perceive this expansion to be growing at a rate much faster than what could be considered a natural reflection of China’s growing economic and geopolitical clout. This raises several questions over China’s ambition in the South Pacific and the impediments of this expansion.

The People’s Liberation Army (PLA) uses the term ‘military and security cooperation’ for its external engagement. According to ‘China’s Military Strategy’– the first white paper of its kind released by the PLA in May 2015 – this includes ‘developing all-round military-to-military relations’, ‘pushing ahead with pragmatic military cooperation’ and ‘fulfilling international responsibilities and obligations’. ‘Pragmatic military cooperation’ takes the form of dialogues, personnel training, material assistance and bilateral/multilateral joint exercises and training in both traditional and non-traditional security areas.

Regarding the Pacific, the white paper states that the PLA will ‘continue the traditional friendly military ties with their African, Latin American and Southern Pacific counterparts’. In reality, the PLA has been focusing its Pacific Island engagement on the military forces of Fiji, Papua New Guinea (PNG) and Tonga, as well as Vanuatu’s small mobile police force. PLA delegations paid 24 visits to the Pacific Islands between 2006 to 2019, more than 60 per cent of which involved PLA naval ships. Medical tours of the ‘Peace Ark’ accounted for one-third of PLA visits to the region, which could be perceived as an effort to build their image as a benign force dedicated to human security.

Other Chinese activities in the Pacific have also raised security concerns among traditional powers. According to China’s official reports, Chinese marine research vessels have increased their geological and geophysical survey operations in the western Pacific Ocean in recent years, such as in 2019 and 2020, triggering concerns that the collected oceanic data could be used for both scientific research and military purposes. China’s Yuanwang space-tracking vessels have been frequent visitors to the Pacific, with some analysts arguing that these vessels can support both civilian and military activities. There are reports that China has deployed acoustic sensors that can monitor the US submarine movements in the Challenger Deep of the Mariana Trench and near Yap, Micronesia.

Some analysts argue that the PLA is using Chinese fishing fleets operating in the Pacific for military surveillance. Speculation has also arisen that after resuming its diplomatic relations with Kiribati in September 2019, China may rebuild its satellite tracking station on Tarawa Island, which was constructed in 1997 and dismantled in 2003 after the island country switched allegiance to Taiwan. The station had been used to monitor China’s space programs, including its first manned space flight. Some suspect it was also used to monitor US missile testing at the Reagan Test Site at the Kwajalein Atoll in the Marshall Islands.

Beijing’s adoption of the ‘String of Pearls’ should be viewed as its regional and theatre strategy. China is monopolizing strategic choke points in the Indian Ocean region by investing in geopolitically important ports from Hong Kong to Sudan. The String of Pearls quite literally encircles neighbouring countries, particularly India. In July 2017, Chinese troops established its first overseas military base in Djibouti. The logical move for Japan and the US to counterbalance China’s emerging String of Pearls strategy is to strengthen its security alignments with India and Australia, forming ‘The Quad’. Quad leaders share strategic goals of countering China’s aggressive maritime policy and the encirclement of India with the String of Pearls.

It is a military operation that aims to prevent an adversary’s access to a territorial region (anti-access) and deny their freedom of movement on the battlefield (area denial).

China has made efforts to develop its effective A2/AD capabilities to deter possible access to its territories by potential adversaries. In particular, the People’s Liberation Army (PLA) has strengthened its A2/AD capabilities by developing attack aircraft, submarines, mines, missiles, and air and missile defence systems. In response, the US plans to deploy new weapons system composed of mid-range missiles capable of piecing Beijing’s A2/AD shield in the South China Sea. Meanwhile, Japan has developed its own long-range missile with ranges up to 1,000 kms, meaning they can reach China’s A2/AD sphere.

Beijing is reinforcing its defence capabilities at a tactical level through military Exercises in preparation for possible emergencies stemming from its territorial disputes in areas such as the Taiwan Strait, the Spratly Islands, the Paracel Islands, and the Senkaku/ Diaoyu Islands. Some analysts observe China is utilizing a ‘Salami Slicing Tactic’ in its territorial disputes. Chinese military aircraft have frequently flown near the Senkaku/ Diaoyu Islands and the Miyako Strait.

Earlier this year on February 1, 2021, the Chinese government enacted a new Coast Guard Law permitting the Chinese Coast Guard more flexibility in its use of weapons. On 06 Feb 21, two Chinese Coast Guard vessels entered Japanese territorial waters around the Senkaku/ Diaoyu Islands and approached within a few hundred meters of a Japanese fishing boat. Similar incidents have occurred almost every week since. In response, the ruling Liberal Democratic Party of Japan (LDP) has argued the country should enact new legislation of its own to effectively counter China’s aggressive tactics. In addition, the Biden administration reaffirmed the US commitment to the defence of disputed islands shortly thereafter.

What is the strategic significance of Pacific Islands

It does not take much creativity to see the geostrategic significance of these islands scattered across the vast Pacific Ocean. In World War II, control over them was critical for both maintaining logistical supply lines and for military force projection. Since the war, the Pacific has largely enjoyed a benign status on the geopolitical stage. This has all changed with China’s growing presence in the region.

In response to the COVID-19 pandemic and a tougher international environment, Beijing proposed the new dual circulation strategy to promote domestic consumption. A central part of this strategy is to boost the domestic economy’s ability to power itself. But the key word remains ‘dual’. As the signing of the Regional Comprehensive Economic Partnership (RCEP) shows, Beijing’s economic strategy is not isolationist – particularly not to isolate the many involved countries of the Indo-Pacific.

It also signals a diplomatic scaling back to return to Beijing’s ‘periphery diplomacy’ with a focus on its immediate neighbours, and gives Beijing further economic and political incentives to pivot foreign policy priorities towards its neighbours and away from Eastern Europe and Latin America.