Piyush Goyal, appointed interim Finance Minister for second time in the absence of Arun Jaitley, will present the upcoming Budget 2019. 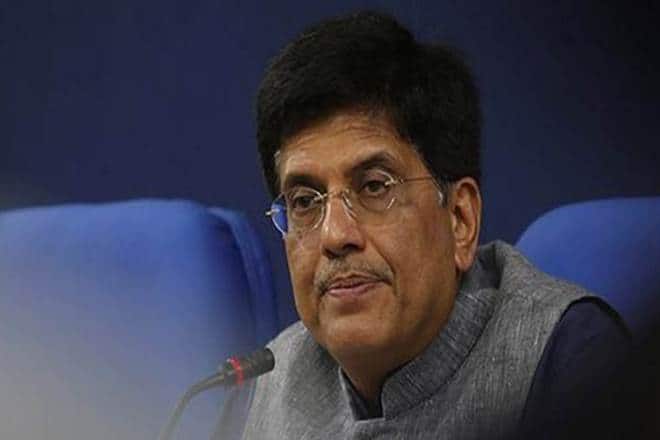 Though there are no official estimates of such money stashed in foreign countries a tax demand of Rs 5,447 crore has been made in HSBC undisclosed income of Rs 8,448 crore, Goyal said in the Rajya Sabha during the Question Hour. (Express Photo)

Piyush Goyal, already in-charge of heavyweight ministry — the Railways, is no stranger to the high office in the Ministry of Finance. He had shouldered on the responsibility for about three months earlier last year as well, when Arun Jaitley went on a leave for a kidney transplant.

In his second stint as Finance Minister, Piyush Goyal, 54-year old Chartered Accountant, will take on the high profile role of rising in the Parliament and presenting the Budget to the nation. Last time, when Piyush Goyal was serving Finance Ministry, the opposition parties took repeated jibes over Arun Jaitley’s absence, often rhetorically asking that who was India’s Minister of Finance.

The upcoming Budget 2019 is a keenly awaited one, for the street is in a guessing game over whether the Narendra Modi government will go for big bang policy and relief measures, or will it follow the convention of presenting only a vote on account ahead of the general election 2019.

Earlier last week, Arun Jaitley had dropped hints that the Budget 2019 could include big ticket announcements that can’t wait, even as it would not be fiscally expansionary. Larger national interest would decide the budget, Arun Jaitley had said last Thursday via videoconferencing from the US, addressing a gathering of industrialists back in India.

This is Modi government’s fifth and last budget, as the country heads for a Lok Sabha election, presumably some time in March-April. As a convention, the governments headed for general election do not present a full budget, so as not to leave the next government with a legacy of its proposed expenses and schemes. Instead, such governments present a ‘vote on account’ — essentially seeking a permission from the Parliament to draw enough money from the exchequer to continue with the work till the remainder of the term.

The government is under intense pressure to spur growth, give relief to farmers, ease credit flow to industry — specially small businesses, show job growth, and much more as the election looms. On the other hand, it is walking a tightrope of keeping fiscal deficit in check, which will be an uphill task given the spending compulsions listed just above.