What is Gross Domestic Product (GDP)? 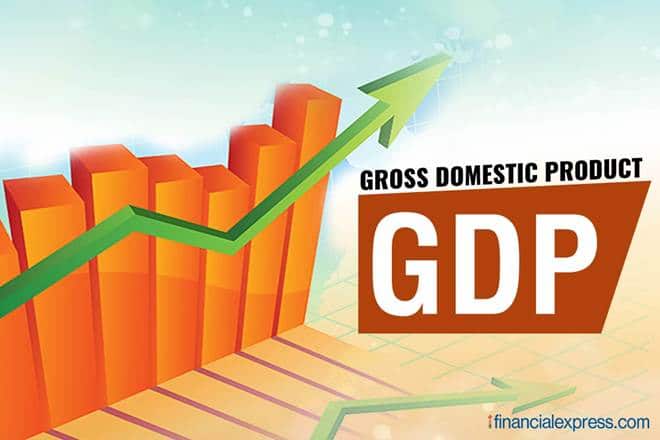 GDP in economics: GDP is measured over specific time frames, such as a quarter or a year. GDP as an economic indicator is used worldwide to show the economic health of a country.

Gross Domestic Product meaning: What is the simple definition of GDP? What is GDP of a country? Gross Domestic Product, abbreviated as GDP, is the total value of goods and services produced in a country. GDP is measured over specific time frames, such as a quarter or a year. GDP as an economic indicator is used worldwide to show the economic health of a country. For low-income or middle-income countries, high year-on-year GDP growth is essential to meet the growing needs of the population. Hence, the GDP growth rate of India is an essential indicator of the country’s economic development and progress. Besides measuring the health of the economy and helping the government is framing policies, the GDP growth rate numbers are also useful for investors in better decision-making related to investments. Different countries have different methods to calculate GDP. Let’s take a close look at the GDP growth rate calculation in India.

How is GDP calculated?

The central statistical office, or CSO, is responsible for compiling data for calculating GDP. It aggregates the GDP data by coordinating with several federal and state-run agencies. Once the data collection process is completed, the task of calculating the GDP begins. There are two methods to arrive at the GDP number:

Among the four sets of GDP numbers, GDP at factor cost is the most commonly used figure and reported in the media. While the GDP at factor cost reveals which industry sector is doing well, the expenditure-based GDP is indicative of the status of different areas of the economy; how the trade is doing or whether investments are on the decline.

Watch video: What is GDP?

From where is the GDP data sourced?

For the calculation of GDP at factor cost, data is taken from eight sectors, namely agriculture; mining and quarrying; manufacturing; forestry and fishing; electricity and gas supply; construction, trade, hotel, transport and communication; financing, real estate and insurance; and business services and community, social and public services. For the calculation of expenditure-based GDP, all the spending incurred on final goods and services are added that include consumer spending, government spending, business investment spending, and net exports.

The government releases quarterly GDP numbers every two months, and the final numbers for the whole year are issued on May 31.