Jhunjhunwala, a professor at IIT Madras Research Park, tells Sushila Ravindranath that the Park brings together faculty with their wealth of knowledge, industry with its capacity to monetise innovation, and students with their entrepreneurial zeal to make the Park a nest for start-ups 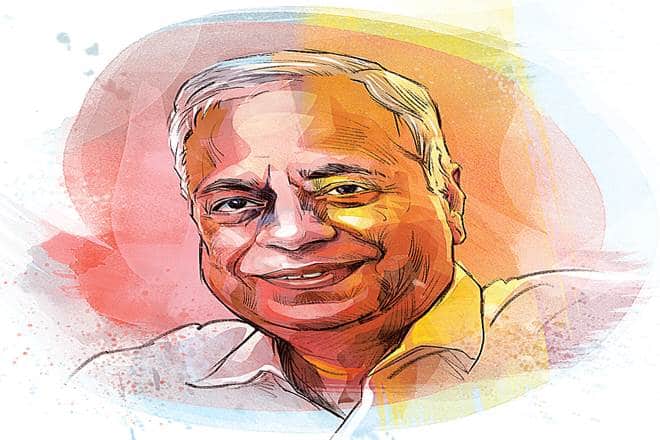 Jhunjhunwala has believed in encouraging entrepreneurship amongst his students even in those days when young people wanted to either migrate to the US or find a safe and steady job in India.

The IIT Madras Research Park, established about 10 years ago, is the first university-based research park in the country. And it’s a huge success. The then UK minister for Universities, Science, Research and Innovation, Sam Gyimah, came to spend half an hour at the Park last year, but ended up staying almost the entire day there. He is supposed to have wondered why this treasure had been kept in hiding. When prime minister Narendra Modi came to the IIT Madras convocation a few weeks ago, he took a brief tour of the Research Park infrastructure and interacted with the start-ups incubated by the Incubation Cell and the scientists at the R&D Centres of Excellence, and even visited the stalls set up by them.

The stalls showcased innovative products and solutions developed by the start-ups working across diverse sectors such as AI, robotics, agritech, biotech, edtech, electric mobility, healthcare, skill development and water treatment. These start-ups have been focusing on deep-tech areas, developing innovative and indigenous solutions that can help meet the challenges of national importance.

The prime minister expressed his admiration for the Research Park in his convocation address, and wished for more such industry-academy collaborations across the country.

I drop in at the Research Park that now houses over 100 R&D companies, and 200 start-ups, in its 1.2-million square feet built-up area, to meet the legendary Dr Ashok Jhunjhunwala. He is a professor in the Department of Electrical Engineering at IIT Madras, teaching there since 1981, and now faculty professor at the Research Park, which is his brainchild. He has been at the forefront of promoting industry-academia interaction in the country for R&D, innovation and product development for years. The IIT Madras Research Park has been conceived and built by him. In fact, this is one among his many other achievements, including his pioneering work on wireless technology. Earlier, he was an adviser to the central government on its electric vehicle programme—a project he is passionate about.

He invites me to go around the Research Park and take a look at some of the incubation projects, before I meet him for a snack at the Cafe Puriology, at the food court, which serves street food with a twist. We order panipuri with Chinese and Italian fillings, sprouts, bread pizza sandwiches and some regular chaat, to keep us going. We also get some hot masala chai, as it is an unusually cool and rainy day in Chennai.

Jhunjhunwala has believed in encouraging entrepreneurship amongst his students even in those days when young people wanted to either migrate to the US or find a safe and steady job in India. He has incubated and nurtured over 100 companies at IIT Madras. He also set up the IITM Incubation Cell and Rural Technology and Business Incubator (RTBI).

Jhunjhunwala laid the foundation for industry-academia interaction when he established the Telecommunications and Computer Networks group (TeNeT), with the current IIT Madras director, Dr Bhaskar Ramamurthi, 20 years ago. The faculty raised money from companies that could potentially be users of products developed by the start-ups emerging from TeNeT.

Jhunjhunwala has always believed in industry and academy working together to make research commercially-viable. “Faculty has the breadth of knowledge. Industry can convert innovation into money. Youngsters are fearless and do not know that something cannot happen. We have tried to bring them all together,” he says.

BY 2010, the IIT Madras Research Park had become a reality. “I had to work with IIT directors, to convince them about this partnership. We also had to get the land adjacent to the IIT. You can’t have a research park that is miles away from the campus. The Tamil Nadu government managed to offer the project the required land close to the campus,” he says.

The Research Park is modelled on the lines of research parks at Stanford University, MIT and Harvard University. It now also houses the IIT Madras Incubation Cell, which was established in 2013.

“The Research Park is a board-run independent company. Nobody can influence us. We have invested `500 crore, of which early-stage funding came from government grants and industry-alumni donations. Corporate social responsibility has become a big contributor in the recent years. We borrowed `380 crore from the banks. The board was initially worried about this. We have, however, managed to pay back `360 crore. We make an income of `30 crore per year from rent,” says Jhunjhunwala.

When companies come to the Research Park, there is a grading system. Companies have to maintain 1,500 credit points. When a company offers internships to students or hires them, they earn points. Every R&D interaction with an IIT gets a credit. “We make it a part of the rental contract, which ensures the purpose of the facility is met. In some cases, the firms have linked a part of the variable pay for their key executives to their engagement with the Research Park. These are the things you need to do to get the initiative going,” he adds.

Jhunjhunwala further says that 10 years ago only 8% of the IIT faculty worked with industry. “Today, the number has increased to more than 50%. More than 50 faculty members have incubated companies here. The entering process for incubation is not easy. The start-ups pay very low rents for world-class facilities. We hand-hold them; they can’t waste resources.”

Ather Energy, which is preparing to roll-out its first smart scooter, the S340, is a product from the incubation cell. The company is backed by Hero MotoCorp. Jhunjhunwala says that many of the ideas are not pies in the sky, but are translating into IP-backed products and services.

The incubatees can’t compromise. They have to focus on the customers. Most start-ups are deep-tech companies. “We take a small share in the companies we have incubated. Today, the current share value is `700 crore. The valuation is much higher,” he says, adding, “there is Detect that has developed robotics to check oil pipelines; FIB-SOL that is working on nano-fibres for agri-inputs; Stellapps for end-to-end dairy management gathering data on the cloud. They are all working on solutions for very Indian problems.”

About the Centre of Battery Engineering and Electric Vehicles (C-BEEV)—headed by Dr Prabhjot Kaur—which is working with Tata Motors, M&M, Ashok Leyland, Ampere, Kinetic and battery manufacturers Exide and Amara Raja Batteries, he adds that work is happening on new solutions to make battery costs cheaper and to make EVs a viable option in the country, again with very Indian solutions.

As he shares all this information with me over food, I notice that many people want the professor’s attention. Soon, I take leave, and as we are leaving the food court, he tells me that almost 70 global companies have set up their R&D centres at the Research Park. Interestingly, Saint-Gobain Glass, the French multinational, has got 5% of its global patents from its centre at the Research Park.

“We have to make equipment in India for Indians. We must make India independent. I want India to succeed,” says Jhunjhunwala.