Immigrants contribute $2 trillion to US economy; Indians ‘the most entrepreneurial’ of all groups

Immigrants have contributed $2 trillion to the US economy in 2015-16 and Indians are “the most entrepreneurial” of all groups, a new report has claimed challenging the premise that immigrants are a drain on the world’s largest economy. 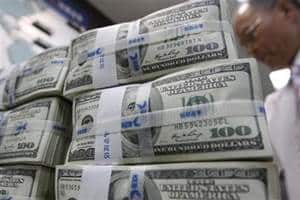 Immigrants have contributed $2 trillion to the US economy in 2015-16 and Indians are “the most entrepreneurial” of all groups, a new report has claimed challenging the premise that immigrants are a drain on the world’s largest economy.

The National Academies of Science, Engineering and Medicine in its report – The Economic and Fiscal Consequences of Immigration – said the estimated GDP growth due to contributions of immigrant workers amounted to nearly $2 trillion between 2015 and 2016.

The report takes a comprehensive look at the fiscal and economic impact of immigration and confirms research from the past decade that showed immigrants and their descendants make valuable contributions to economic growth, innovation, and entrepreneurship in the US.

“Indian immigrants are the most entrepreneurial of any group including natives, and immigrant businesses represent more than a quarter of businesses in the transportation, accommodation, and recreation and entertainment sectors,” it said.

It also found that immigration helps to slow the ageing of American society, and labour force growth from 2020 and 2030 will “depend completely on immigrants and their US-born descendants.”

There is little to no negative effects on the wages or overall employment levels of native-born workers, it asserted saying “any negative effects were small and were experienced primarily by other recent immigrants and those who did not graduate high school.”

The question whether immigrants are a drain on the US economy has been at the heart of a furious debate. Republican presidential candidate Donald Trump has called for a crackdown on illegal immigrants, saying they “compete directly against vulnerable American workers.”

His Democratic rival Hillary Clinton has said immigrants contribute to the US economy whether they are here legally or not.

The report has observed that the children of immigrants are among the strongest economic and fiscal contributors in the US population overall and educating all children is an important investment that will reap rewards in the future.

However, while on average, first generation immigrants are costlier to governments than the native-born (mainly because they earn less and pay less in taxes), by the second generation, they are better-educated, pay more in taxes, and are strong economic and fiscal contributors, the report said.

“Immigrants have also contributed to the reduction in the cost of consumer goods and services such as child care, food preparation, house cleaning and repair, and construction — meaning Americans spend less,” it said.

The report said immigrants complement the native-born workforce in important ways, and as the Baby Boomers age and retire, immigrants and their children will be key to supplying the new workers and taxpayers the US economy needs.