KV Kamath, veteran banker and chairman of BRICS Bank, is soon expected to be inducted as minister of state in the finance ministry. 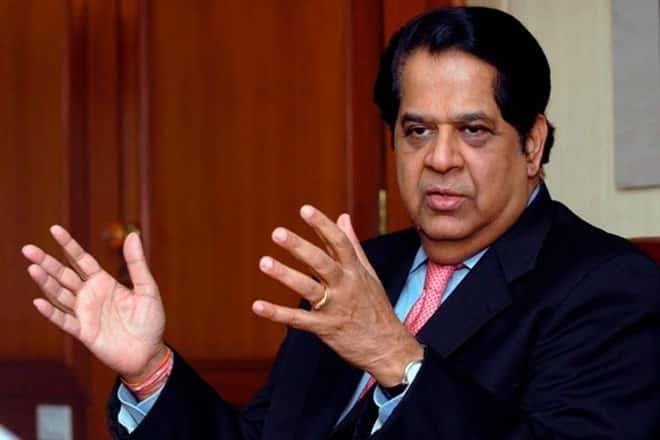 KV Kamath, veteran banker and chairman of BRICS Bank, is soon expected to be inducted as minister of state in the finance ministry, news agency IANS reported citing unidentified sources. Before BRICS Bank, K V Kamath served as the chairman of Infosys, the second-largest Indian IT services company, and as the non-executive chairman of ICICI Bank. The other inductees may include, right-wing idealogue Swapan Dasgupta and Niti Aayog CEO Amitabh Kant, IANS also reported.

Kamath took charge as the chairman of Infosys from Narayana Murthy on August 21, 2011. He remained chairman till June 2015. Before serving in this position, he was the non-executive chairman of the company from 2 May 2011. K V Kamath also served as an independent director on the boards of the Houston-based oil services company Schlumberger since 2010, and the Indian pharmaceutical manufacturer Lupin. He is also a member of the Board of Governors of the Pandit Deendayal.

Also read: Challenge for Modi govt: Amid slowdown, foodgrain stock hits record high; this may be the solution

The Indian economy is currently seeing a slowdown. The economy grew at a dismal 4.5 per cent in the second quarter of the ongoing fiscal on account of both domestic and global factors. According to the first advance GDP estimates, the economy is expected to grow at 5 per cent much below what was expected earlier.  Meanwhile, Finance Minister Nirmala Sitharaman is slated to present the budget for FY21 on February 1, 2020. The budget would be keenly watched as it comes amid the ongoing slowdown where industry and other quarters of the economy expect the government to announce a slew of measures for growth to rebound. In the past few months, finance minister has taken a host of measures to revive the falling growth.