Budget 2020 India: The myth that only diplomacy can subjugate emerging security challenges, is a self-inflicted injury and a fallacy ploy. 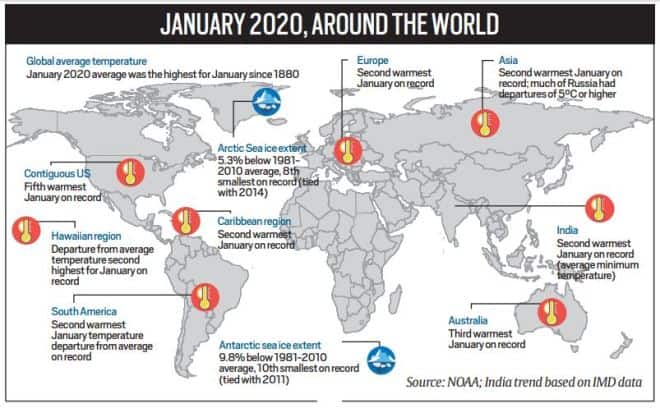 The revenue expenditure which includes expenses on payment of salaries and maintenance of establishments has been pegged at Rs 2.09 lakh crore ie 70% of the overall budget.

Union Budget 2020 India: The defence budget has been a damper for the most critical component of “Mazboot Bharat”. Quoted by the government as a “promising, proactive and progressive Budget which will make India healthy and wealthy in coming years”, however, lacks the other vital ingredients of a secure and strong India facing multifarious security challenges. As the curtain-raiser to the Def Expo 2020, lack of even mention of the defence budget in the FM speech who was earlier RM, is indeed disappointing. While other priorities for the nation are well appreciated, but they cannot be at the cost of national security. A minuscule 5.8% increase on YoY (Rs 3.37 lakh crore for 2020-21 against last year’s Rs 3.18 lakh crore )allocation is fraught with kinks in the nation’s image of a net security anchor in the region. Out of total allocation, Rs 1.13 lakh crore has been set aside for capital outlay amounting to barely 30% of the budget. The revenue expenditure which includes expenses on payment of salaries and maintenance of establishments has been pegged at Rs 2.09 lakh crore ie 70% of the overall budget. The bare minimum increase in capital outlay will drastically affect several major acquisitions of the army, navy and air force with a little leftover after committed liabilities for new schemes.

The Union Budget 2020 is critical as it serves as a platform for the nation’s march towards a $5 trillion economy which demands an equally matching defence capability based on strategic autonomy. The journey is sure challenging, which gives this budget an added importance. However, as the Economic Survey 2020 finds a bright spot in the gloom of economic slowdown and predicts 6.5% growth rate for FY 2020-21 calling it ‘blue-sky’ thinking, the absence of matching defence capability development is thus indeed disheartening. The constraints of an economic slowdown are well appreciated, but the fact is India’s multi-spectrum security challenges today, are fast outpacing capability building process impinging upon our national security. Thus, receding fiscal defence resources are creating widening capability gaps for countering escalating threats. A defence budget with less than 2% of GDP coupled with an R&D expenditure less then 1 % of GDP does not augur well for India’s national defence, desired technology prowess, international stature and strategic autonomy. The argument of year on year allocation of amount marginally increasing, is flawed when inflation, foreign exchange depreciation, pension, pay and allowances, committed liabilities and civil component are dovetailed, resulting in a paltry amount for new schemes or sustenance.

The myth that only diplomacy can subjugate emerging security challenges, is a self-inflicted injury and a fallacy ploy. The debacle of 1962 must never be forgotten when matters of defence were shrouded in similar cloaks of delusion. Our politicians need to be made aware of the fact that the guns versus butter debate is flawed. A strong nation needs matching military capability to provide the security environment needed for its sustained growth. The irony is that defence budgeting is not populistic budgeting but insurance to the nation. Unfortunately, populistic budgeting in an era of domestic upheaval finds greater favour because of its higher short term visibility, vote bank politics and party-centric political sagacity.

To be capable to counter future threats, we must address all three critical components; transformed politico-military culture based on greater mutual trust and understanding, transformed defence planning process focussed on outcomes and transformed joint service capabilities through supportive budgetary reforms. The defence budget needs to be guided by certain economic realities and benchmarks. The Defence Budget must be pegged at 40 to 50% of the predicted growth rate implying that if the economic survey 2020 has predicted 6.5 % growth, defence budget must be pegged at least 2.5% to 3% of GDP. In terms of absolute YoY amount, it must see an increase of near 15% to ensure measurable capital for modernisation and sustenance. Further, the imbalance between revenue and capital must be restored to 60:40 ratio the earliest. The need is also to work out pragmatic modalities for a non-lapsable “Defence Modernisation Fund” under newly raised DMA/CDS, restructuring, integration and right balancing MoD for imbibing cultural reforms and transformation, giving much-needed fillip to evolving a defence industrial base, addressing outcome-oriented and not existing procedure marred elusive procurement process, and a services calibrated modernisation strategy with enhanced focus on optimising joint warfare future capabilities and structures. The calibrated modernisation must relate to prioritized modernisation, based on acquisitions adding maximum value to combat effectiveness, mitigating critical vulnerabilities and accepting certain risks in temporal terms. This would demand tri service-based filtration for the “best bang for the buck”. The key question, however, remains – ‘Is that elusive buck even insight’? The Defence Budget 2020 is certainly indicative of its absence. Ironically a government which built its credibility pre-elections based on strong political will and demonstrative capability to safeguard national security seems to have gone into a memory lapse.

(The author is a distinguished Armoured Corps officer and is presently appointed as Consultant MoD/OFB. Views are personal).