The mystery of Harappan script: An enigma from the ancient world

Despite the thousands of archaeological artefacts excavated from more than a thousand settlements, a wholesome perspective of the civilisation still remains elusive. 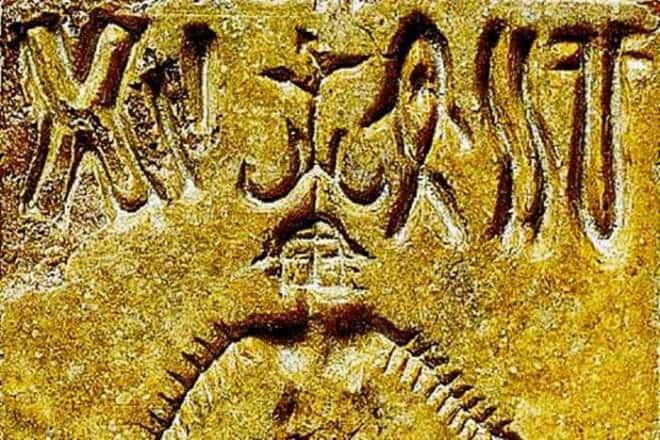 In the 1920s, when the Harappan civilisation first came into limelight owing to the efforts of the then leading archaeologists of British and Indian origin, it was little expected that the civilisation would prove to be a mystery for a such a long time.

A standing offer of $10,000 prize money remains open from 2004, donated by an anonymous donor and valid as long as Steve Farmer, a historian, remains alive. This large temptation or let’s say motivation to read a text over 50 characters still remains unclaimed. So, the question that naturally comes next is why was this prize money offered and what is the text that is so difficult that it cannot be read? With that question, readers, welcome to the world of Harappan civilisation and its mysterious script. While experts have unlocked the magical door of the Egyptian hieroglyphs, the Mayan language, and many other lesser-known scripts, the Harappan script still stubbornly refuses to yield its secrets to the archaeologists, historians, and other experts working in this field. Of course, there are other scripts that remain elusive to the human minds, such as the texts of the Olmec and Zapotec (Mesoamerican cultures prior to the Mayans taking over), Proto-Elamite (earliest writings of ancient Persia or modern-day Iran), among few others; but the prize money stands only for deciphering the Harappan script. So, if one wants a name in the academic world, and can withstand the constant eagle-eyed surveillance and inspections by the experts of one’s works, what can be better than to take up the challenge of reading the scripts of Harappan civilisation!

In the 1920s, when the Harappan civilisation first came into limelight owing to the efforts of the then leading archaeologists of British and Indian origin, it was little expected that the civilisation would prove to be a mystery for a such a long time. One of the world’s oldest civilisations, the Harappan settlements were found scattered across widespread areas adjoining the Sindhu- Ghaggar river belts.

The excavations from various sites revealed a highly advanced civilisation with large well-planned brick-laid fortified cities, advanced drainage system, houses with many rooms and sometimes double-storeyed, separate bathroom and toilets, and a sophisticated system of interconnected tanks and reservoirs for elaborate water management. However, despite the thousands of archaeological artefacts excavated from more than a thousand settlements, a wholesome perspective of the civilisation still remains elusive. This is because unlike the Mayan scripts and Egyptian hieroglyphs, Harappan scripts are still
undecipherable.

The pre to proto historic culture of Harappa that once occupied a large part of North-Western India and modern-day Pakistan (approximate time range being 5,500 BCE to 1,500 BCE) have yielded many (in thousands, to be precise) short inscriptions, most of which have just 4 or 5 symbols. While there are many claims to have deciphered it, until now there has been no consensus on how to read the signs. Almost as many as 600 Harappan symbols have been identified from various tablets, seals, ceramic wares, metals objects, and various other artefacts, which includes a signboard like an object that perhaps once hung over the inner citadel gates of Dholavira. The majority symbols are seen engraved on small stone seals (one-inch square), above images of animals (such as bull, elephant, or unicorns) and humans.

While typically most inscriptions are 4- 5 symbols long and tiny, there is one that is a 17 symbols long inscription on a surface less than 1 inch. It is also for this reason that some scholars contend that the symbols do not encode true writing. Most of the other ancient civilizations that have a true writing system show long writings, often with more than 100 characters. On the other hand, the longest Harappan script shows less than 30 characters.

While the general theories believe these inscriptions show the Harappans to be literate, there is another line of thought propounded by Farmer, Sproat, and Witzel in 2004, which claim that the Harappan symbols do not represent a language. This line of thought instead believes that the symbols look more like the non-linguistic systems used in various cultures to symbolise their deities, sects, clans, religious codes, and family names. There is also a belief that the Harappan symbols were perhaps exclusively used for economic transactions, and the seals and tablets with the signs found at various sites are comparable to the structured messages found on tokens, currencies, and stamps; and were used for controlling commercial transactions with other contemporary civilizations of the world.

Thus, the signs could also be more of a formula like texts encoding certain fixed data, instead being a free-flowing narrative. However, this theory fails to explain the presence of the symbols on objects used for various rituals,
which were mass-produced. In a 2009 study conducted by P.N. Rao et al. the Harappan symbol patterns were compared to different forms of linguistic and non-linguistic systems, which included highly ordered programming language codes and randomly ordered DNA codes. It was found that the Harappan pattern resembled spoken
words, thus supporting the theory that the symbols indeed stood for a yet to be deciphered language. However, the trio Farmer, Sproat, and Witzel contended the study findings of Rao et al, pointing out that the latter did not compare the Harappan symbols with “real-world non-linguistic systems” but used two artificial systems, where one system had 200,000 randomly ordered symbols and another had 200,000 highly ordered symbols, which cannot represent the structures of all actual non-linguistic sign systems.

However, more recently IT specialists have researched further on the subject using different approaches. In one such approach it has been analysed as how random or ordered the symbols are within a text. This approach, referred to as conditional entropy, concluded that Harrapan inscriptions are similar to patterns known in writing systems, which range between the disordered codes (such as DNA) and ordered sequences (such as computer codes) Other methods that are based on  prabability theories and statistics have also concluded that Harappan scripts depict characteristics of a true writing.

However, the difficulties presented by Harrapan scripts are many. While each seal shows a distinct combination of signs, the messages are too short with only few examples of each sequence for a computer to decode or read them. The symbols that are seen with seen along with images also vary in each seal, thus making it impossible to understand what the symbols mean in the context of the associated images. While there are many interpretations made by various scholars, most of them lack clarity and are more often based on personal feelings and opinions instead of hard facts. In 1966, the well-known archaeologist B. B. Lal after extensive studies had concluded that the Harappan texts were to be read from right to left; and that conclusion remains as the well- known Harappan scholar Bryan Wells summed it up, just about the only thing Harappan researchers can agree on. Adding to the already complex scenario of scholarly disagreements, there are the distinct possibilities of unwanted political outcomes at the very hint of a possible deciphering that doesn’t suit the different narratives. Hence, it is not surprising that some scholars working on the subject have also faced threats. However, despite these hurdles, decipherment efforts have continued and progressed, largely owing to improved text databases  and new computational methods to detect patterns among the Harrapan symbols.

A closer look at the problem of not being able to decipher the script shows that the Harappan systems lack a tangible source for reading names of the Harappan kings (if any), gods, priests, or even the common people. While decoding
Egyptian hieroglyphs, mention of Egyptian rulers in old Greek epics and texts helped in understanding the scripts. However, for Harappa, it is yet to ascertained definitely if any of the historical figures or names of places mentioned in the historical epics and Puranas refer to the Harrapans. Another problem faced by the scholars is that the language or something similar to that is longer in use anywhere in India. For the Egyptian hieroglyphs, scholars found it similar to the Coptic language, which is still used by the Coptic Church. The lack of a multilingual inscription, which means finding the same text in different writing systems (known and unknown ones), have also proved detrimental to its decipherment. As for example, the Rosetta stone inscription was found written in two Egyptian scripts and one in ancient Greek script, and that helped in the language decoding.

Thus, decoding the Harappan scripts need more research, unless some multilingual inscription like the Rosetta stone pops up in some excavation site; or perhaps the genome testing of these prehistoric people may shed some light on their ancestry that may help us to understand their language. Until then, the $10,000 prize money stands open for anyone ready to face the challenge of decoding the voice of the Harappans.