Q2 GDP Highlights: With the contraction in two successive quarters, India has entered into a technical recession in the first half of the current fiscal. 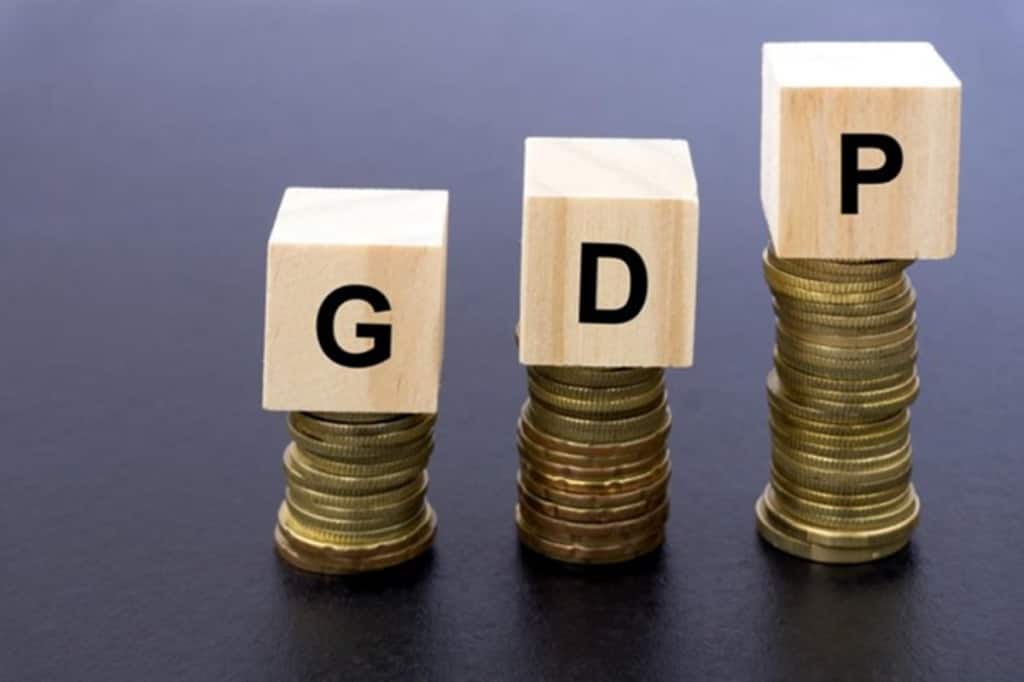 While previously, the country’s GDP shrank by a record 23.9 per cent in the fiscal’s first quarter, the economy has substantially narrowed contraction to a single digit in Q2.

The new loan applications reflect good cash flows and stronger sales in the MSME space. We are also seeing a strong ability of our clients to repay loans, which is reflected in our November collections, the efficiencies are expected to be at pre-Covid levels. — Samir Bhatia, Founder & CEO, SMEcorner.

We believe personal safety and convenience is the root driver of discretionary demand in auto and durables in Q2. With the rapid pace of normalization of the economy is it clear that the size of unaffected parts of the economy is far greater than stressed sectors. Momentum in the recovery phase of the economy can be sustained by government spending, the vaccine, and monetary policy tailwinds. We see upside risk to our -10.3% full-year FY21 forecast. — Prithviraj Srinivas, Chief Economist, Axis Capital

While 2QFY21 GDP print marks a sharp sequential rebound, the market will be focusing more on the prospects of recovery in 2HFY21. Given a 2.5% drop in core industries output for October 2020 and a sharp 13% drop in consumptions in 2QFY21, a meaningful recovery in 3Q FY21 looks to be doubtful. We note that consumptions have always played an important role over the years to support economic growth, hence a faster recovery in consumptions is of utmost importance. — Binod Modi, Head strategy at Reliance Securities.

Q2 GDP at –7.5% buttresses recovery as captured by several high-frequency indicators. The economic impact is primarily due to COVID-19, good news is falling daily cases are due to lower transmission and not due to lower testing. To sustain economic recovery, caution must continue. – Ministry of Finance

Froth in Q2 data is to be gauged

Economic data ahead would be crucial to gauge the quantum of ‘froth’ in this Q2 data from pent up, festive and inventory restocking demands and to also throw more light on the employment and wage situation. How the rate of cost-cutting done in Q2 by companies to improve profits moves, the domestic Covid infection rate in the next few weeks, the situation in our major export markets and the policy support there would all mater. Most important to see would be how flat the recovery leg eventually is and thus the hit to medium-term potential growth — Sreejith Balasubramanian, Economist – Fund Management, IDFC AMC

The dip in private consumption by 11.5% indicates that the demand is still far from normal and that the supportive measures from the government should continue. The concern is that the population should not get into a debt-averse mode thereby focusing on savings instead of consumption which could really slow down recovery. — Divakar Vijayasarathy, Founder & Managing Partner, DVS Advisors LLP.

Real test would be in Q4

The growth in manufacturing, though very nominal, is something to cheer for. As in the case of Q1, agriculture has performed well when compared with other sectors. The real test would be in Q4 when the festive season gets to closure and sustaining the demand would be a challenge, which would be decisive in limiting the economic damage for the year. — Divakar Vijayasarathy, Founder & Managing Partner, DVS Advisors LLP

Foreign exchange reserves in India increased to a record high of $575.29 billion on the week ended-November 20, rising from $572.77 bn in the previous week.

Fiscal deficit at 120% of annual target by October-end

Fiscal deficit further widened to Rs 9.53 lakh crore, which is nearly 120 per cent of the annual budget estimate, at the end of October.

India was amongst the worst hit among large economies for Q1 with a contraction just behind Brazil. This recovery brings it in-line with global predictions of minimal to no contraction for the year overall, with projected expansion in 2021-22, making it the only large economy besides China growing next year. This is also an indicator of particular relevance as India is a preferred destination both for FII and FDI right now, given globally weak return & yield environments. The fact that India is beginning its rebound will restore investor confidence and renew investment flow. —  Utkarsh Sinha, Managing Director, Bexley Advisors , a boutique investment bank firm.

Manufacturing is at +0.6%, against an expected contraction of 9%. This has helped the aggregate number to be better than expected. While agriculture is positive at 3.4%, construction and mining remain in negative territory. H2 overall is expected to be positive, but mildly positive. There is nothing extraordinary about the numbers but there is a clear implied reassurance of a gradual recovery ahead.’’ Joseph Thomas, Head of Research – Emkay Wealth Management.

Contraction of 7.5% is better than expected

The contraction of 7.5% is a better outcome than expected. Most of the macroeconomic indicators have improved and we should look forward now towards the continuation of recovery and returning to positive growth — Mohit Ralhan, Managing Partner & CIO, TIW Private Equity.

External sectors flash a ray of hope for Indian economy

There has been a phenomenal growth in digital payments in India during the COVID-19 pandemic, economy is getting increasingly formalized – CEA Subramanian.

India’s economy had picked up momentum by February 2020, before the onset of #COVID19 : CEA @SubramanianKri pic.twitter.com/8xx2NCjkPK

GDP Q2 numbers are quite encouraging, given the COVID-19 pandemic and in comparison to Q1 numbers– CEA Subramanian.

GDP at constant prices for H1 FY21 is estimated at Rs 60.04 lakh crore, as against Rs 71.20 lakh crores during the corresponding period of the previous year. This implies a contraction of 15.7 per cent in H1 FY21, compared to a growth of 4.8 per cent during the same period last year.

Three drivers will ensure a sustained economic revival and rehabilitation; inclusive job growth, a robust services sector rebound, and a sustained recovery in private demand. Stimulus announcements by the government, liquidity measures by the RBI, and difficult reforms (such as the labour and agricultural reforms) will aid in all three in the months ahead. — Rumki Majumdar, Economist, Deloitte India

The contraction in the first two quarters of this fiscal year is no surprise. Since the quarterly data of GDP is released with a lag of two months, we should look at these numbers in the rear-view mirror keeping in perspective that recent high-frequency data possibly suggest a quicker rebound ahead. The possibility of a release of several highly effective vaccines soon gives us hope that there is an end date to the pandemic, even if it may not be immediate. — Rumki Majumdar, Economist, Deloitte India.

The highest improvement was seen in the construction sector, where the fall narrowed from 50.3 per cent in Q1 to a fall of 8.6 in Q2.

The manufacturing sector registered a 0.6 per cent growth in Q2, against a contraction of 39.3 per cent in Q1.

Mining sector contracted by 9.1 per cent in Q2, compared to 23.3 per cent in the previous quarter.

The agriculture sector grew at 3.4 per cent in Q1 and Q2.

With the manufacturing returning to the positive territory, the overall GVA narrowed contraction to 7% in Q2.

India’s economy shrank 7.5 per cent in Q2, which is less than Bloomberg and Reuters poll, along with the forecasts of various rating agencies.

The government may soon release the Q2 GDP data.

Growth in GDP may turn positive from Q4

We are confident that the recovery will be much faster in Q3 due to the government’s stimulus packages. We expect the growth in GDP to turn positive from Q4, considering that the vaccine is around the corner. We expect the government to continue reforms in the forthcoming Union Budget that will further strengthen our economy and resolve towards Atmanirbar. — Arjun Ranga, Managing Director, Cycle Pure Agarbathi.

Output of core industries shrinks more in October, than in September

The output of core industries shrank 2.5 per cent in October, against a fall of 0.8 per cent in the previous month.

GST collections were marginally higher for the period August-October at Rs 2.87 lakh crore as against Rs 2.85 lakh crore in FY20. Hence overall consumption has shown signs of coming back to the pre-covid levels in the last three months.

Whether the economy has picked up?

Various economic indicators give an indication that things are better but there are issues in interpretation. For example, the PMI increasing only reflects that the companies surveyed feel they are better off in a month relative to the previous month, which is to be expected as the economy opened up. Year-on-year growth numbers would tend to be lower, but they do not capture the essence of things looking better progressively compared with the previous months. — Care Ratings

India could be worst performing economy in Q2

India could well be the slowest-growing economy, among a list of 24 countries, in the July-September quarter. This is according to Q2FY21 gross domestic product (GDP) provisional data from various agencies.

Recovery may be robust in Q3

With the economy reviving and recovering due to relaxation in Covid-19 lockdown restrictions, we can expect more growth in Quarter 3 of the current fiscal year. The festive season will also a big reason why there will be a recovery in Q3 as sectors such as automobile, real estate, and consumer durables saw a steady and big increase in their revenues. — Prateek Rathee, Real Estate Developer and Founder & CEO of Homezop

During April-June, the manufacturing sector shrank by 39.3 per cent, and the services sector by 20.6 per cent. On the other hand, the agriculture sector was the only area that witnessed positive growth of 3.4 per cent in the quarter.

A W-shaped recovery in Indian economy?

Economists polled by Reuters predicted that India’s economy shrank 8.8% in the quarter ending in September. They expect GDP to also fall in the October to December quarter, followed by a 0.5% expansion between January to March.

Most emerging Asian stock markets ticked higher on Friday in thin trade as upbeat economic data from China boosted hopes of a swift rebound in the region in the months ahead, while Indian equities were flat ahead of GDP data. — Reuters