Amazing! A medieval temple made of bricks which can float on water and has Earthquake-proof architecture

The Ramappa group of temples, which were constructed in 1213 CE, was commissioned by Recharla Rudra, who was the army head under king Ganapatideva of the Kakatiya dynasty. 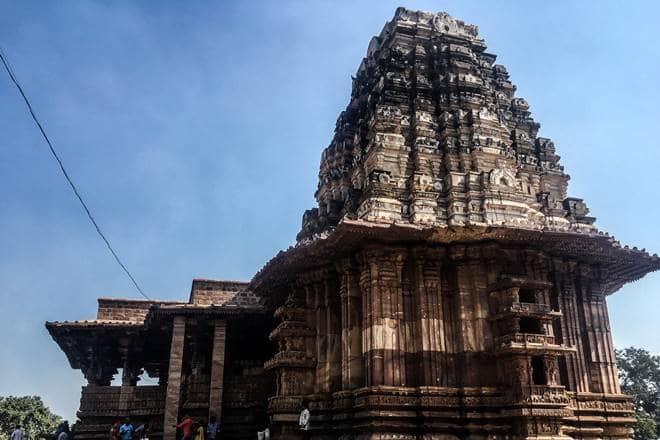 Hidden in the long shadows cast by years of neglect, surrounded by wooded hills and vast farms of the Palampet valley stands a magnificent jewel from the Kakatiyan era: the Ramappa group of temples. The temples that still stand amidst the scattered mounds of ruins show exquisite workmanship that can be easily considered as among the best sculptural masterpieces in the arena of medieval Indian temple art and architecture.

The Ramappa group of temples, which were constructed in 1213 CE, was commissioned by Recharla Rudra, who was the army head under king Ganapatideva of the Kakatiya dynasty. The temples were built around a large artificial lake, which was constructed to serve as water resources for irrigation. The Kakatiyas were well known for building many such tanks, which changed vast areas of their arid kingdom (modern Telangana and Andhra Pradesh) into fertile tracts, thus showing administrative ingenuity and governing skills of this dynasty.

This complex shows another unusual feature: it is named after the main architect Ramappa Stapathi, and is among the rare monuments that honour its designer. The temple complex consists of Rudreswara temple (dedicated to Shiva) which is the main temple and survives wholly; a damaged nandi mandapa; two subsidiary temples Kateswara (partly damaged) and Kameswara (in ruins), an inscription pillar, and a dharamsala. A prakara or wall runs round the entire temple complex.

A special feature of the Ramappa temples is that while the temple bodies were built of prefabricated reddish sandstone, the shikharas were made of bricks. These bricks were built with special technology that made them feather light and spongy: thus when these bricks are dropped in water, they float! An architectural ingenuity of 13th century India!

Another innovation used in building these temples was the use of sand-box technology, where sand was used to top the foundation pits so that it would act like a cushion during earthquakes, thus inflicting minimal damage to the monuments. Skilled workmanship of the medieval artists who carved stones to bring out life like figures are best seen in the 12 madanikas that stand as bracket figures in the Rameswara temple. Chiseled out from black basalt stones, these exquisite female figures epitomize grace and rhythm, and speak volumes of the levels of skill and artistry reached during this era.

Kakatiyan rule was largely synonymous with prosperity and well being of the common people, widespread agrarian developments, and strong trade connections with foreign countries. Today 900 years down the line when we see joy and happiness resonating from the sculptures in this temple, we observe a historical documentation, a look into a society where once lives were filled with prosperity and ensuing happiness.

How to reach: Palampet can be reached both from Warangal (77 kms away) and Hyderabad (157 kms away). The best way to travel would be to rent a car, though local conveyances are available too.

Time to visit: The best time to visit would be the cooler months of December and January.