World Environment Day: A look at the history of sustainable architecture in ancient India

Coexistence with nature has been an integral part of all ancient cultures, including India. This is evident from the various religious, cultural, and traditional practices; rituals; art and sculptures; and folklores that still remain alive in different ways in the daily lives of Indians. 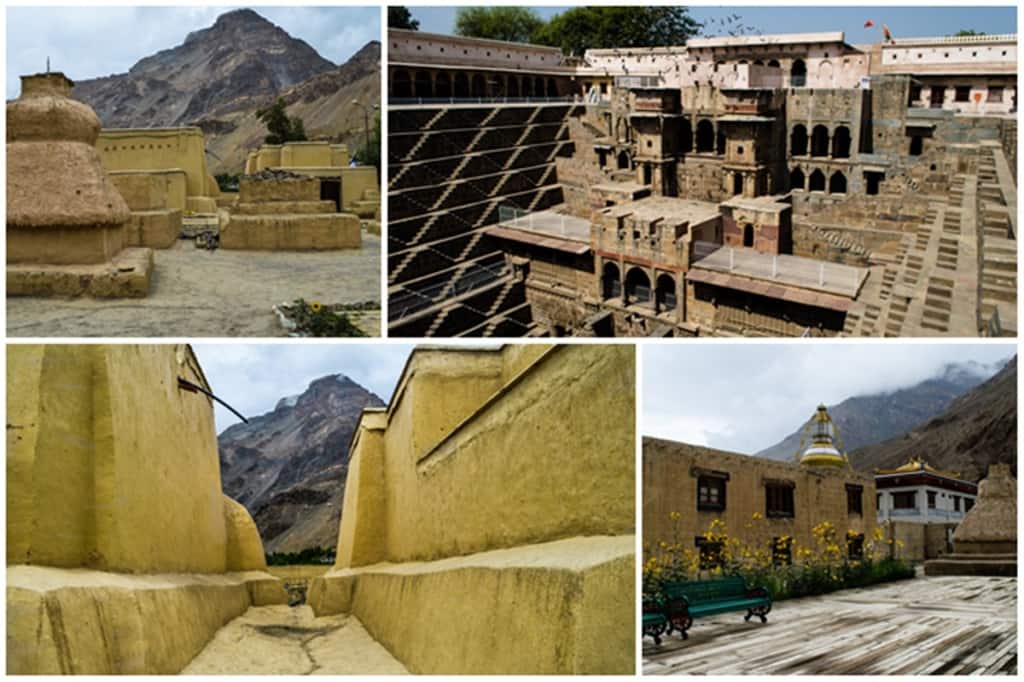 The Ajanta caves, unlike other rock cut caves, have low ceilings which were specifically designed to allow hot air from prayer halls to rise and move into the surrounding cells that held cool water.

“The highest education is that which does not merely give us information but makes our life in harmony with all existence” -Rabindranath Tagore.

Coexistence with nature has been an integral part of all ancient cultures, including India. This is evident from the various religious, cultural, and traditional practices; rituals; art and sculptures; and folklores that still remain alive in different ways in the daily lives of Indians. The concerns for environmental conservation and demands for sustainable development starting with the Stockholm Conference of Environment (1992) and the UN Earth Summit (1992) are new in origin when compared to the age old cultural and traditional practices of environmental conservation present in India.

Also Read
Astronomers discover hundreds of hidden black holes using Chandra X-ray Observatory’s data
Sea levels are rising and it’s time to worry! NASA breaks down risk factors, impact and more
Wondering why it never snows in Delhi even when the city is colder than many hill stations? Here’s the answer
International day of forests: Collaborative effort to help save our forests

A look at the ancient Indian literature shows us innumerable references to the management, preservation, and protection of environment. Texts such as the Arthashastra, Brahamanas, Upanishad, Vedas, Ramayana, Mahabharata etc., are replete with verses that talk of protecting the natural resources, which help us to understand the ancient ideas behind environmental conservation and the insistence on maintaining a balance within the forest ecology. Besides the ancient texts, from an archeological point of view the presence of highly advanced city planning, sewage system, and water management techniques in the Indus-Saraswati civilization speak of the importance that our ancients placed on living in harmony with the natural environment.

The UN World Commission on Environment and Development has stated that in order to be sustainable one has to “meet the needs of the present without compromising the ability of future generations, to meet their own needs, especially with regards to use and waste of natural resources.” Keeping this mind in the last few decades there has been an increasing number of “Green buildings” that are designed in a way which keeps them in sync with sustainable environmental development. Interestingly, the idea behind these “Green buildings” are not new, and date back to the ancient times, when available natural resources were used efficiently, avoiding unnecessary wastages. Indigenous materials specific to the locations were used in order to keep the houses warm or cool based on the climatic zones, while elaborate sewage and water supply systems were built with the available natural materials.

The Ajanta caves, which form a series of 29 rock-cut caves from ancient India, demonstrate how the architects of those times would make optimal use of the available natural resources at hand. The vaulted ceilings of these rock cut caves had sun windows that would light up the prayer halls naturally. The Ajanta caves, unlike other rock cut caves, have low ceilings which were specifically designed to allow hot air from prayer halls to rise and move into the surrounding cells that held cool water. This hot air would then be cooled naturally, leading to the cooling of the entire cave.

Another popular natural building material from prehistoric and ancient times is Cob, which is a mix of water, subsoil, and fibrous materials such as straw as further supplement. Cob built walls have good thermal mass, and a combination of thatched roofs and cob walls make for a well insulated warm house in cold settings. Across the valley of Lahoul and Spiti a look at the old traditional houses show that these are mud built houses with flat roofs topped with local grasses, which trapped the heat for a longer period. A famous example of such mud built structures is the 996 CE built Tabo mud monastery in Spiti. The cob built structures are also known to be earthquake resistant to a large extent. Rammed earth is another material used from ancient times for building houses, and has been extensively used across the Middle Eastern nations and Southeast Asian countries.

Blocks of ice placed circularly to form a dome shaped house that is popularly known as Igloos have been used by Eskimos for many centuries, and is another example of sustainable environment friendly structure. The ice blocks that were tightly packed served as insulation, which kept it warm under the dome at around 32 degrees Celsius. The low tunnel into the igloo further helped in preserving the heat inside, while a top vent helped the warm air to move out in order to prevent the ice blocks from melting.

Badgirs, were ancient techniques to keep the insides of a building cool, and were popular in hot dry areas. In this case buildings would have wind towers with openings that would let the cool air flow in from just above the ground level, and direct it to the underground living chambers keeping them cool. The hot air which rises upwards would be directed towards the openings at the top and allowed to flow out. The same air flow tower technique was also used in water reservoirs in hot arid areas, which kept the water stored at near freezing temperatures even during summer months, owing to the process of evaporative cooling. Such cooling towers are still seen in the Middle East, and some parts of Rajasthan.

Bamboo, now highly touted as environmental friendly and a sustainable building material, has been in use in India and China from the ancient times. Bamboo, which is waterproof in nature, also shows great rigidity and tensile strength, and for that reason had been in regular use for building ancient bridges and houses.

Another example of sustainable and environment friendly architecture are the ancient and medieval step-wells or baolis seen across India. Baolis are man-made step-wells that were constructed to serve as underground water resources, and played a significant role in water conservation. More commonly seen in the western parts of India, the baolis provided villages with water for drinking, washing, bathing, and also for irrigation, especially during periods of water shortages in seasonal fluctuations. The common features for all types of baolis would generally be colonnaded levels or storeys, and a flight of stairs that led from the topmost level to the water below, which was primarily fresh groundwater. The baolis were also used for different ceremonial and religious purposes, and the shaded pavilions functioned as retreat rooms in the summers. People living in the Indian subcontinent have always been involved in water harvesting, and that is evident from the advanced and elaborate water management that were created by the Harappans. The oldest example of water management in India is found from the proto-historic era in different Harappan sites. The various tanks, interconnected chains of reservoirs, cisterns, drainage channels, public and private wells, baths, dams, and dock (in Lothal) seen in various sites, such as Dholavira, Banawali, Kalibangan, etc., exemplify the excellence of the water management system of those times. The Harappans were also expert builders of raised hydraulic structures of various types, and were the first to start using the ground water resources by sinking a well.

While our ancestors did not face any dearth of natural resources in their times, it is wondrous to note the efforts they put into conserving these resources for future generations. However, with the coming in of the Industrial Revolution overexploitation of natural resources started, causing a complete breakdown in the traditional practices followed for creating a sustainable atmosphere where humans could live in harmony with nature.