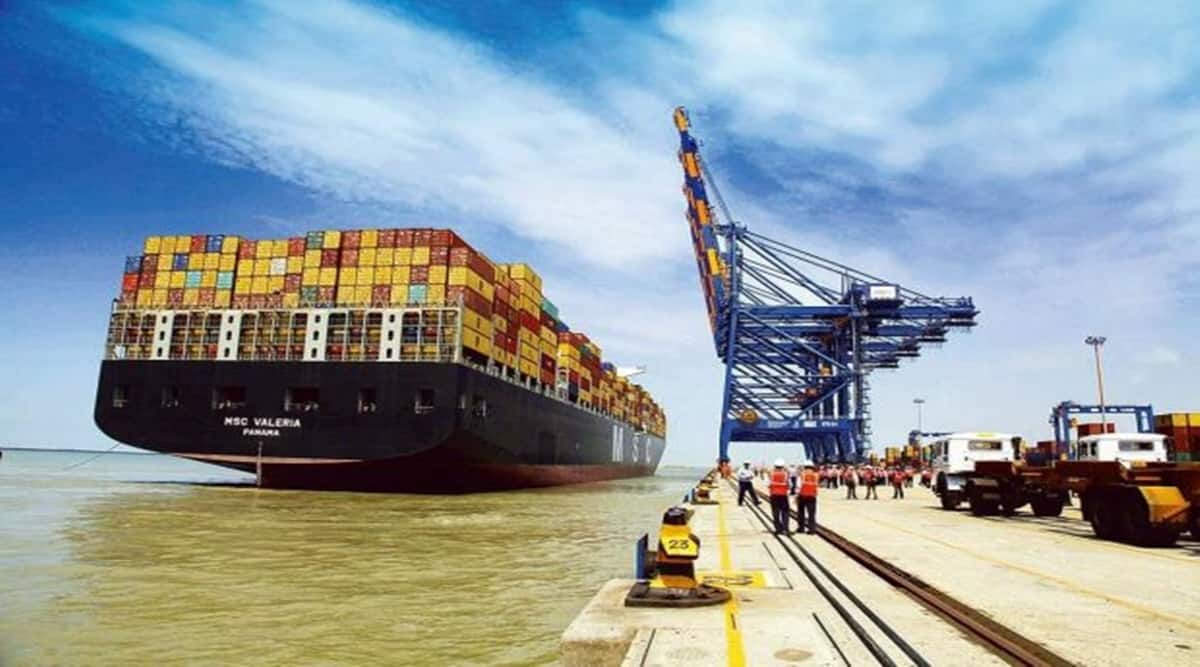 With the Black Sea route choked by the Russia-Ukraine conflict, India is weighing a raft of options–including trade through the strategically important Chabahar Port in Iran–to beat shipping snarls and export goods to the Commonwealth of Independent States (CIS). At stake are New Delhi’s annual despatches of about $4-4.5 billion to these nations.

Official and trade sources told FE that the government is considering two other options as well: trade by ship through China’s Qingdao port and on to the CIS members from there by rail, and exports through the Georgia port.

The CIS countries include Russia, Ukraine, Azerbaijan, Armenia, Belarus, Kazakhstan, Kyrgyzstan, Moldova, Tajikistan, Turkmenistan and Uzbekistan. India’s exports to the CIS countries grew 24% until January this fiscal from a year before to about $4 billion. Of this, Russia alone accounted for $2.85 billion and Ukraine $427 million.

“The Chabahar Port in Iran is probably the best option to supply to the CIS countries,” said one of the sources. “If the war stretches on for a few months, supplying to the CIS members would be even harder. So, the government is considering the best way out of the supply nightmares,” said another source.

Last year, then shipping minister Mansukh Lal Mandaviya had said, with the development of the Chabahar Port, India would trim logistics cost by a fifth in container transport to CIS countries, bypassing China or Europe. Currently CIS countries could be reached only through China or Europe.

The Chabahar port, located in the Sistan-Balochistan province of Iran, lies outside the Persian Gulf and is easily accessed from India’s western coast, bypassing Pakistan. Chabahar is also exempt from American sanctions.

India has been developing two terminals at the Chabahar port and under an agreement signed with Iran, it would run the terminals for 10 years. “But the issue is that the development is not over, although the port has been handling some vessels,” said an exporter. He, however, added that the latest crisis is an opportunity for the government to complete the development fast.

While the shipment of goods to the CIS countries via Qingdao port is also being considered, the worry is that it’s going to be crowded.

Moreover, certain European ports are already congested and any further disruptions will only exacerbate the container pile-ups. Exporters said European Customs authorities are inspecting all goods to or from Russia transiting their ports to detect potentially-sanctioned cargo. This is aggravating a delay in the clearance of consignments.

Russian forces are reportedly shutting off shipping routes following the war. Parts of the Black Sea and Sea of Azov are now considered too dangerous for ships to pass through, exporters said. Limited air capacity adds to the supply woes, as airspace over Ukraine is closed to civilian flights and airlines are avoiding the Russian airspace. Meanwhile, global crude oil prices and insurance costs have gone up sharply as well. Consequently, both shipping and air freight rates have shot up in the wake of the Ukraine crisis.

Already, the Federation of Indian Export Organisations (FIEO) has approached finance minister Nirmala Sitharaman to roll out a freight subsidy scheme for micro, small and medium enterprises (MSMEs), at least temporarily, to blunt the impact of the spike in shipping costs. Of course, exporters concede that that shipping costs have spiralled for all countries and that India isn’t an outlier.

Global freight rates started surging at a fast pace in the aftermath of the Covid outbreak in 2020 and hit a peak of $10,377 per 40-ft container in late September 2021, according to Drewry’s composite World Container Index. The rates started easing thereafter to $9,051 as of February 12 before inching up again to $9,180 by March 10, having recorded a jump of 83% from a year before.