Taiwan considers itself a sovereign state – but China views the self-ruled island as a breakaway province. Beijing has not ruled out the possible use of force to achieve unification. 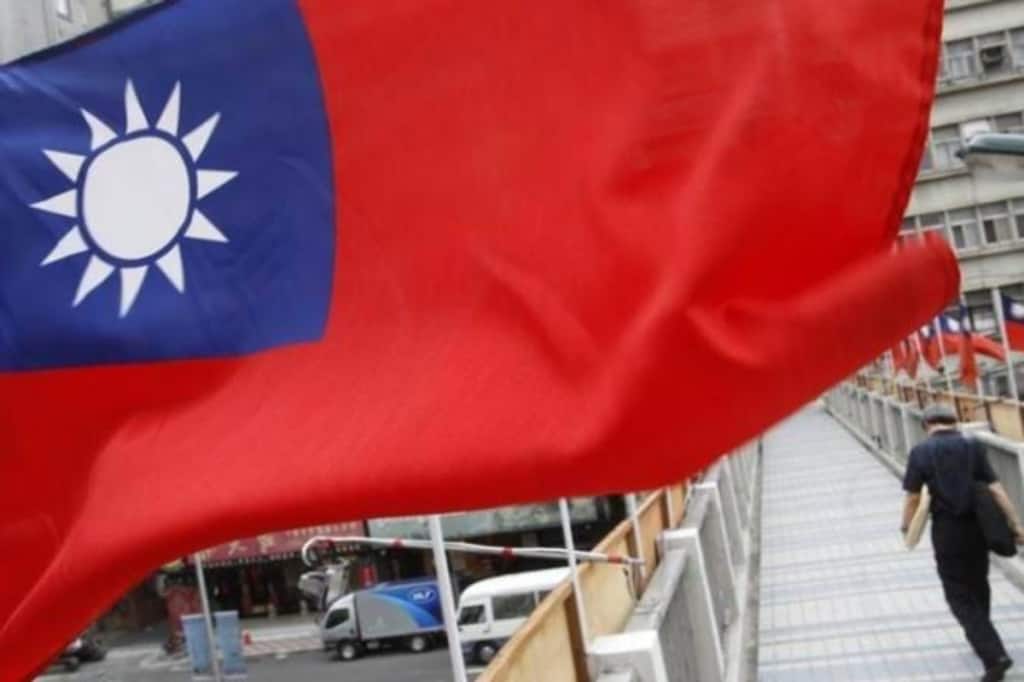 Taiwan considers itself a sovereign state – but China views the self-ruled island as a breakaway province.

Chinese President Xi Jinping on Saturday made a strong pitch for the reunification of Taiwan with the mainland amidst heightened tensions with the estranged island, saying the “Taiwan question” will be resolved and it brooks ‘no external interference’. Xi’s comments came after China sent a record number of military jets into Taiwan’s air defence zone for four days in a row, in a public show of force.

Taiwan considers itself a sovereign state – but China views the self-ruled island as a breakaway province. Beijing has not ruled out the possible use of force to achieve unification.

Speaking in the Great Hall of the People in Beijing to commemorate the 110th anniversary of the revolution that ended the country’s last imperial dynasty, Xi said the biggest obstacle to the reunification of China was the “Taiwan independence” force.
The Taiwan question arose out of the weakness and chaos of the Chinese nation and it will be resolved as national rejuvenation becomes a reality, Xi, also the General Secretary of the ruling Communist Party of China (CPC), said.

“This is determined by the general trend of Chinese history, but more importantly, it is the common will of all Chinese people,” Xi said. The 1911 Revolution led by nationalists headed by Dr Sun Yat-sen ended 2,132 years of imperial rule and 276 years of Manchu rule, and heralded the beginning of China’s republican era followed by the formation of People’s Republic of China (PRC) in 1949. Taiwan separated from the PRC in 1949 while fighting a civil war with the CPC headed by Mao Zedong.

Since he took over power in 2012, President Xi, 68, has made the rejuvenation of the Chinese nation and realisation of the Chinese Dream and integration of Taiwan with mainland China as his main goals. Last week, tensions flared up after a Chinese military plane made a record 150 flights into Taiwan’s Air Defence Identification Zone (ADIZ), prompting the US to express serious concern over the escalation.

The intensity of China’s air raids prompted US President Joe Biden to remind Xi that they have agreed to abide by the ‘Taiwan agreement’ during their talks over telephone last month. “I’ve spoken with Xi about Taiwan. We agree we’ll abide by the Taiwan agreement. We made it clear that I don’t think he should be doing anything other than abiding by the agreement,” Biden said.

Xi, in his address, asserted that the Taiwan question is purely an internal matter for China, one which brooks no external interference. “The complete reunification of our country will be and can be realised,” he stressed.

In a hard-hitting speech, President Xi said that national reunification by peaceful means best serves the interests of the Chinese nation as a whole, including compatriots in Taiwan. “Compatriots on both sides of the Taiwan strait should stand on the right side of history and join hands to achieve China’s complete reunification and the rejuvenation of the Chinese nation,” he said.

Those who forget their heritage, betray their motherland and seek to split the country will come to no good end, Xi said, hitting out at pro-Taiwan independence advocates. Taiwan President Tsai Ing-wen is a strong advocate of Taiwan’s independence.
Such forces will be disdained by the people and condemned by history, Xi said. He also highlighted the role and the importance of the CPC headed by him which this year celebrated its centenary.

Xi, regarded as the most powerful leader after Mao heading the CPC, the military and the Presidency, is due to complete his second term next year and is expected to continue in power possibly for life in view of the 2018 constitutional amendments, which removed the two-term limit for the President. So far, all his predecessors retired after two terms.

Stressing the importance of a strong leadership, Xi said that without the CPC, there would be no new China and no national rejuvenation. Efforts should be made to ensure that the CPC always firmly stands as the most reliable backbone of the Chinese nation and people.

“The past 110 years have shown us that to realise national rejuvenation, the path we take is of fundamental importance. Socialism with Chinese characteristics has proven to be the only correct path. “We will ensure coordinated implementation of the Five-Sphere Integrated Plan and the Four-Pronged Comprehensive Strategy, deepen reform and opening up across the board, modernise China’s system and capacity for governance, and work tirelessly to fulfill the people’s aspirations for a better life and realise common prosperity for all,” he said.

The past 110 years have shown that to realise national rejuvenation, the Chinese people must rely on their own heroic efforts, Xi said.

“Through courage and skill, we will overcome all major risks and challenges that may impede our path to national rejuvenation and resolutely safeguard our national sovereignty, security and development interests,” he said.

“The past 110 years have shown us that to realise national rejuvenation, the Chinese people and nation must stick together through good times and bad, and rely on our strong unity to overcome all risks and challenges on the road ahead. “On the journey ahead, we must fully promote patriotism, foster a strong sense of national dignity and confidence among our people, and strengthen the Chinese nation’s sense of community,” he said, calling for the formation of the broadest possible patriotic united front.”

The past 110 years have shown us that to realise national rejuvenation, China needs not only a stable and united domestic environment but also a peaceful and stable international environment, the Chinese President said. “Aggression and hegemony are not in the blood of the Chinese people. Our people hope to successfully realise national development, but they also hope to see all peoples of the world leading happy and peaceful lives,” he said.

On the journey ahead, China will always fly the flag of peace, development, cooperation and mutual benefit, strive to promote the building of a human community with a shared future, and endeavour to improve the global governance system, Xi noted.

“We will promote the shared human values of peace, development, fairness, justice, democracy and freedom, work to strengthen solidarity with the peoples of all other countries, and engage in common efforts to oppose hegemony and power politics.
“China will remain a champion of world peace, a contributor to global development, and a defender of the international order, and we will do our very best to make even greater contributions to humanity,” Xi added.