India stood out, overtaking Russia as the world’s third largest energy market, and Japan as the third largest oil consumer, as oil demand there rose by 8.1 percent, the British Petroleum data showed. 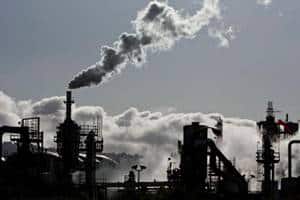 The Association of Oil and Gas Operators (AOGO), an industry body representing nearly two-dozen members, in a recent communication to the petroleum secretary, sought reducing the cess to 5-8%. (Reuters)

The world’s oil reserves were unchanged in 2015 despite a sharp drop in investment and exploration after the collapse in crude prices, British Petroleum said in its benchmark industry report.

Proven oil and gas reserves that can be technically pumped out of the ground typically fluctuate with oil prices as production becomes more or less economically viable.

But in 2015, when Brent oil prices fell by nearly 50 percent to $52 a barrel, reserves declined by only 0.1 percent to 1,698 billion barrels, according to the BP Statistical Review of World Energy, first published in 1951 and considered an industry handbook.

Investment in oil and gas fell in 2015 by around a quarter from a year earlier to $160 billion, according to BP Chief Economist Spencer Dale.

“You’ll have to go back to the late 1970s to see such a sharp fall in investments,” Dale told reporters.

BP estimated that the shale revolution in North America increased technically-recoverable oil and gas resources up by 15 percent. US oil reserves were unchanged last year at 55 billion barrels but were nearly double 2005 levels.

“This is truly the age of plenty,” Dale said.

The drop in oil prices nevertheless sparked a sharp rise in consumption of 1.9 percent, nearly double the historical average, as drivers from the United States to India and China drove more and in bigger cars.

India stood out, overtaking Russia as the world’s third largest energy market, and Japan as the third largest oil consumer, as oil demand there rose by 8.1 percent, the data showed.

China’s oil demand growth of 6.1 remained the largest in volume.

Overall energy consumption increased by 1.1 percent in 2015, a similar rate to a year earlier, though much slower than the 10-year average of 1.9 percent, British Petroleum said.

The modest growth was due in large part to China’s slowing demand growth, which reached 1.5 percent compared to an average of 5 percent over the past decade. The shift was a result of the first decline in decades in output from energy-intensive industries such as iron, steel and cement, Dale said.

Global gas consumption rose by 1.7 percent, up from a 0.6 percent growth in 2014 but still below the 10-year average of 2.3 percent, a result of mild winter weather in North America and Europe.

Non-fossil fuel production rose by 3.6 percent in 2015, with renewable energy in the power sector growing by 15 percent, even though its overall share in the global energy mix remains small at 2.8 percent.

Coal recorded its biggest fall in consumption and production since BP’s records start in 1980, with China accounting for a third in the fall as it shifted towards gas.