Winds of change in Colombia

Colombia is getting ready for the first round of national elections which are less than a month away on the 29th of May; Gustavo Petro seems to be in the lead. 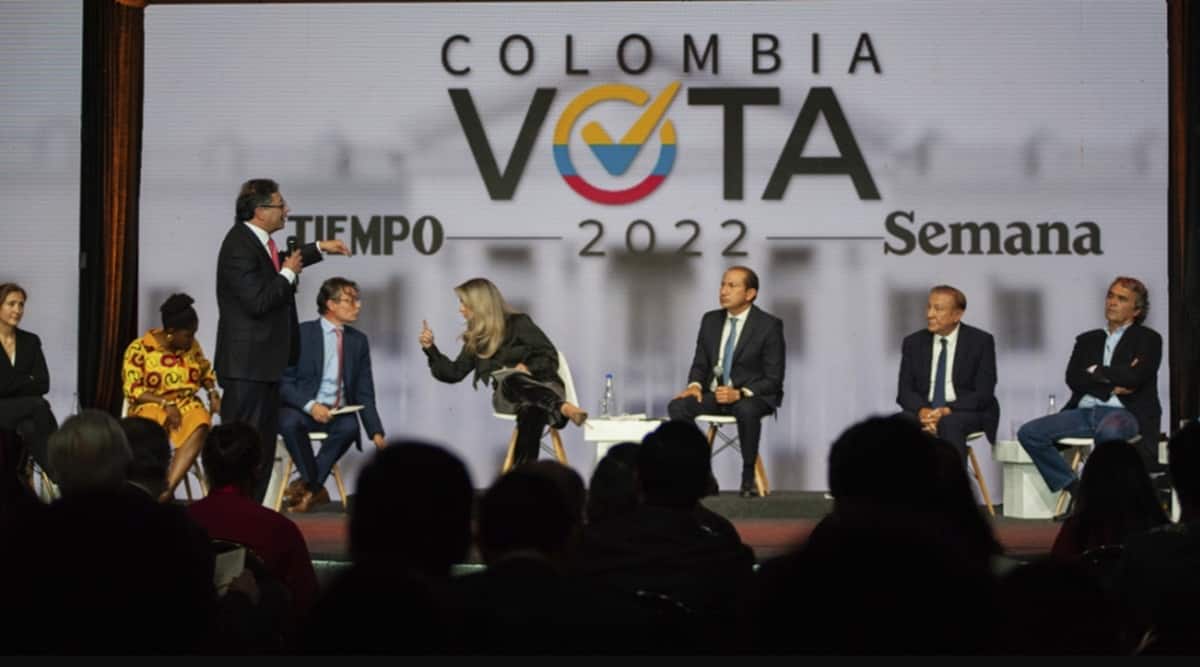 As the Latin American Election Super Cycle nears its end this year, the two big elections of Brazil and Colombia have everyone’s attention. Colombia is getting ready for the first round of national elections which are less than a month away on the 29th of May; Gustavo Petro seems to be in the lead. The former Bogota mayor is far from the kind of politician that Colombia has accepted in the mainstream. While most of Latin America has had its fair share of trysts with left leaning or completely left governments and has been painted a pinkish hue during the pink tide; Colombia has managed to remain distinctly untainted by any shade of crimson when it comes to its national politics.

A cursory glance at the history of the Colombian nation, presents a fair perspective upon the reasons behind the nation’s reluctance towards leftist politics. Colombia witnessed and experienced the horrors of a fifty year long civil war and the warring faction of the Fuerzas Armadas Revolucionarias de Colombia or Revolutionary Armed Forces of Colombia (FARC) rebels has been associated with the Marxist – Leninist ideology. This long-standing civil dispute only started to move towards peace in 2016, in a peace talk that was held between the Colombian regime and the FARC heads held in Havana, Cuba. The country still at times experiences violence at the hands of guerrilla fighters. Colombia has also been distinctly influenced by the US due to the prolonged involvement and presence of the US in the country as a part of their global war on drugs.

While it is true that traditionally Colombia has distanced itself from left wing politics and politicians; there has been a categorical shift in the voter base since the pandemic. The world saw Colombians out on the street in 2021 singing a version of the anti – fascist anthem Bella Ciao only fashioned to target Ivan Duque. The streets were aloud with the chanting of Duque Ciao by hordes of Colombians protesting against the policies by Duque which were dubbed insensitive and bereft of any knowledge or understanding of the plight of the people.

As the population curve in most Latin American countries has reached a stage where the bulge is around the youth, and a greater cognizance is being taken of the inherited racial divide and consequent privilege across societies in Latin American nations; Colombia has not remained untouched. The demands of the people are centred around widening income inequality, unemployment, inflation, environmental degradation, and lack of equal opportunities for growth. These sets of demands have generally been accumulated under the term – ‘millennial left’. While Colombia has traditionally been a country that has been right of centre; these demands can no longer go ignored and are pushing politics and/or political rhetoric on to a path that is paved by social spending, inclusivity, and greater equality among the classes. Gustavo Petro seems to fit into the mold that the current wave of politics in the country has created.

Petro at first glance does seem like the left of centre answer to Colombia. However, he has a legacy of the past that is a characteristic of all politicians who have been a part of politics for long. Gustavo Petro was once the mayor of the Colombian capital of Bogota, and while the crime rate and the rate of poverty decreased during the time; his mayoral tenure was also marred by a Garbage removal debacle which ended in the entire city being cluttered with small mounds of garbage.

In the past Petro led the way for peace talks that aided in the armed group M-19 laying down their arms; but he has also been known for his strong political rhetoric that has been accused of being an echo to authoritarian grandiloquence. However, this time he has softened his stance and stated that ‘Colombia needs democracy and peace’. It still remains to be seen if this softening of stance is a shift in his political perspective or strategic dialogue. At the same time, he is facing opposition from the economically blessed. Petro has talked about increasing taxes for the richest 4000 people of the country and at the same time stated that no new exploration of crude oil and gas would take place.

While a tax increase could be a possibility, a stop on oil exploration seems unlikely and has also been condemned widely. 40 per cent of all Colombian exports are hydrocarbon derivatives, and at a time when countries like Guyana and Suriname have found large deposits of oil; Colombia needs to work harder to maintain their exports in the sector.

While Colombia may take steps towards a slightly more socialist brand of politics, it is not yet ready for a complete overhaul. It would be interesting to see how the chosen head of state, whoever that might be, reconciles the aspirations of the people with the realities of the country.

(Author is an independent political analyst and has a PhD from the Centre for Canadian, US, and Latin American Studies, Jawaharlal Nehru University. Views expressed are personal and do not reflect the official position or policy of Financial Express Online. Reproducing this content without permission is prohibited).