Will not allow any consular access for Kulbushan Jadhav, says Pakistan 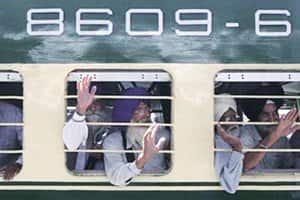 "The Islamabad High Court has issued notices to the accused of Mumbai attack case and the government on the prosecution's plea to form a commission to examine the boat at port city of Karachi," a court official told said. (Reuters)

The Pakistani security forces had arrested Jadhav from Balochistan in March and alleged that he was “a serving officer in the Indian Navy and deputed to the Indian intelligence agency Research and Analysis Wing (RAW).”

Kulbushan Jadhav has been accused by Pakistan of planning “subversive activities” in the country.

Earlier, India’s External Affairs Ministry had said that Jadhav formerly worked for the Indian Navy and said its high commission in Islamabad was seeking consular access to him.