WikiLeaks backtracked from a claim made by its founder, Julian Assange, that it was “working on” obtaining Donald Trump’s undisclosed tax returns. 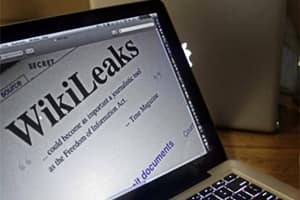 The foreign ministry in a statement Tuesday said that while it stands by its decision in 2012 to grant Assange asylum, it doesn't interfere in foreign elections. (Reuters)

WikiLeaks backtracked from a claim made by its founder, Julian Assange, that it was “working on” obtaining Donald Trump’s undisclosed tax returns.

Julian Assange’s remark came at an interview on Friday during which he discussed WikiLeaks’ recent disclosure of Democratic National Committee e-mails and voicemails, reports CNN.

Assange, who has vowed to release more information to damage Hillary Clinton’s campaign, was asked whether he has similar plans to disrupt Trump’s presidential prospects.

He replied, “Well, we’re working on it,” without disclosing further details.

But a message from WikiLeaks’ official Twitter account on Saturday dismissed Assange’s statement, claiming that it was meant in jest.

“WikiLeaks isn’t ‘working on’ hacking Trump’s tax-returns. Claim is a joke from a comedy show.

We are ‘working on’ encouraging whistleblowers,” said the tweet.

Trump has repeatedly refused to publically release his tax returns, a common practice for presidential candidates, saying he’s under audit.

This has fuelled considerable criticism and speculation over what the documents might contain, including whether Trump has any business dealings with Russia.