Barack Obama’s lunch with China’s richest man Jack Ma has been defended by the White House which said it is not uncommon for the US President to have such a private meeting with “notable” people. 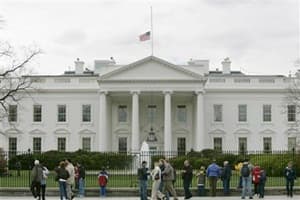 The fifth India-US cyber dialogue is reflective of broad engagement of the two countries on important bilateral and global issues, a joint statement by the White House has said. (Reuters)

Barack Obama’s lunch with China’s richest man Jack Ma has been defended by the White House which said it is not uncommon for the US President to have such a private meeting with “notable” people.

“It is not uncommon for the President to have a private lunch with people that you might find notable,” White House Press Secretary Josh Earnest said yesterday.

Earnest said Obama appeared at a forum in Malaysia with Chinese e-commerce giant Alibaba’s founder and head Ma on the sidelines of the APEC summit in November last year.

“After the forum, the President had the opportunity to talk to Mr Ma and invited him to come to lunch at the White House next time he was in the area. So this is just a follow- up on that public discussion that they had.

“Obviously as they discussed in the public forum, there are a number of common interests that they have, particularly as they relate to climate change and the international economy. So this is something that is of interest to President Obama and that’s why he was interested to have lunch with him,” Earnest said.

The meeting was not posted on President’s public schedule.

“Obviously those are disclosed on the WAVES lists that are released regularly. That is a transparency step that no previous President has agreed to and in fact, the previous administration went to the Supreme Court to try to prevent the release of those lists,” he said.

The White House also defended Obama’s meetings with the donors of Obama’s Foundation.

“The President has made a commitment that he will not be raising money for the foundation while he’s still in office. What we have said about donors to the campaign also applies to donors at the foundation, and it’s simply this: Donating in support of the President’s foundation does not guarantee you a meeting with the President of the US.

Earnest was responding to a question on report from MapLight, that tracks money in politics. According to it, 15 of the 39 main donors to the Obama Foundation have been invited to meetings here at the White House with the President.