West led sanctions on Russia: The world is no longer what it once was, says expert

The aim of such economic sanctions is to build international pressure over Russia and maintain a semblance of a traditional world order, it seems like a distant reality when it comes to the current situation of global politics and poles of power. 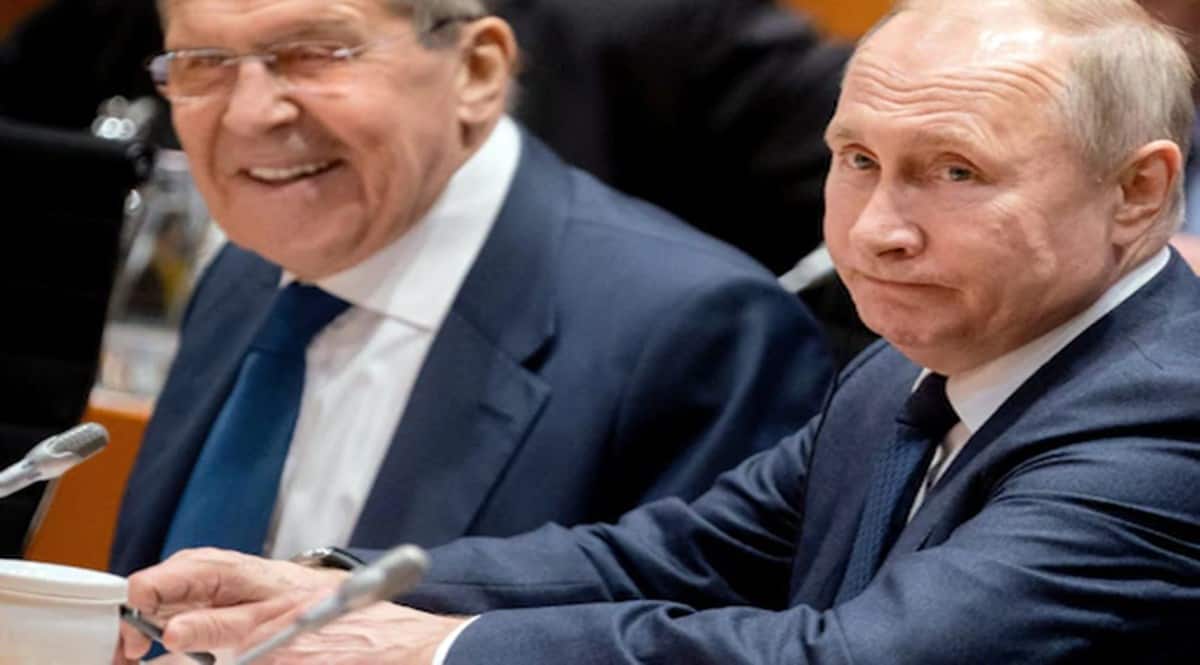 The Biden administration also received a favourable response on the domestic front as most citizens of the country perceive these economic sanctions as a way of weakening and debilitating the Russian economy.

The US was quick to announce sanctions on Russia as a repercussion of the Russia – Ukraine conflict. Other countries including the UK, Japan, South Korea and the European Union have also welcomed these sanctions wholeheartedly. They have all applauded the US for its prompt response to the Russian act of aggression that continues beyond what anyone could have estimated. The Biden administration also received a favourable response on the domestic front as most citizens of the country perceive these economic sanctions as a way of weakening and debilitating the Russian economy.

“The west has been raving about these sanctions and quoting them on the global stage to showcase their tough stance against Russia in conflict that continues to destabilise eastern Europe, it is imperative that one recognises the difference between the approach to sanctions that have been imposed on Russia and those that are imposed on non-western developing nations,” opines political analyst Dr Aparaajita Pandey.

While the direct impact of these sanctions is aimed at Russia, an added consequence of such sanctions would also be the attempted deterring of other nations from maintaining cordial and working relations with Russia as well as a strong message to China as they have openly supported Russia in their endeavour. The aim of such economic sanctions is to build international pressure over Russia and maintain a semblance of a traditional world order, it seems like a distant reality when it comes to the current situation of global politics and poles of power.

It is also important to note that these sanctions were supposed to be a debilitating blow to the Russian economy and the US started with the freezing of the assets of the Russian oligarchs, restrictions on energy trade out of the country as well as stopping trade of commodities that can be useful to the Russian military officers or administration. These sanctions however would also have adverse impacts on the countries in the EU and other US allies that depend on Russian made components, and /or raw materials. In a world this intricately dependent on supply chains, it is difficult to enforce economic sanctions in a way that doesn’t hurt US allies but hurts Russia.

Initially the way that the US and allies found around it was to make certain exemptions when it came to sanctions. Diamonds, Caviar, luxury items that have a value of more than 300 euros, as well as raw materials for semiconductors and microchips are a part of the list of exemptions. While this list might seem frivolous in the beginning, these are all items that are a part of bigger supply chains that run through Europe and South Korea and Japan and are responsible for considerable parts of their GDP. These subtle but important favours to the allies have now ended up diluting Russian sanctions, and they seem to not be having the impact that was originally thought that they would have on the Russian will to continue with the war.

However, the US has now begun to realise that these limited sanctions would not have the impact that is needed to combat the Russian aggression and for this purpose the sanctions now include a ban on luxury products worth over 300 Euros which includes footwear, clothing, leather, accessories, jewellery and importantly diamonds, as well as perfumes, works of art, porcelain, fine pottery and such products. There is also a ban on Caviar, truffles, champagne, wine, and Cigars as well as vehicles over USD 50,000. For all intents and purposes EU made goods can no longer enter the Russian markets. However, the interesting element of this ban is that while EU made luxury items can’t enter the Russian market, the reverse is not true. Russia can still be a source of luxury goods, raw materials, and diamonds for the EU and the rest of the world. This has been done so as to minimise the impact a complete blockade would have on the world’s economy.

It is also interesting to chart the part that the US has taken towards these sanctions as these are not the only exemptions that the US has made. While it was the first move to freeze all assets of the Russian oligarchs and by extension that of Putin, special exemptions were made for the business empire belonging to Alisher Usmanov, who according to the EU is one of Putin’s favourite oligarchs and is worth USD19.6 billion. Usmanov’s business continues to operate with very few restrictions as it was estimated that seizing Usmanov’s business would hurt the world economy. The problem with economic sanctions in a deeply globalised world is that their ramifications often reach home. The sanctions on Usmanov are on his personal assets like his private jet and super yacht but not on his business.

Some interesting facts about the sanctions imposed by EU

Countries under the EU can continue to buy items like vodka, caviar and diamonds from Russia. According to reports in the public domain Belgium reportedly pushed for exempting diamonds due to its diamond sector (employs 30,000 people), which imported USD1.8 billion worth of rough diamonds in 2021.

The EU can continue to export luxury products (upper limit of Euros 300 per item) to Russia (reportedly under Italian pressure due to its industry).

South Korea has received US exemption for exports of high-tech products such as semiconductors to Russia.

Based on the information available in the public domain, in the sanctions announced by South Korea, it banned exports of strategic items, and block some Russian banks from the SWIFT International Payments System. It had a list of restricted items which included items like marine and aerospace equipment, navigation and avionics, electronics, computers, semiconductors and information and communications.

Sharing her views with Financial Express Online, political analystDr Aparaajita Pandey says, “Iran, Venezuela, North Korea, and even India have borne the brunt of US’ economic sanctions and have had to deal with debilitating and lasting impact that they have had on their financial growth and health. These sanctions also were imposed for perceived indiscretions that are in no way comparable to the annexation of another country.”

“However, the world is no longer what it once was, the attempted juxtaposition of cold war politics on the present-day geopolitical canvas is a mere romanticisation of an era gone by. As nations chart out their sovereign paths towards economic progress and move towards a world that is multi polar and independent of the US dollar supremacy, global politics is sure to take a very different shape and form. As the world moves towards a post dollar phase, countries have found paths that help circumvent the US sanctions and let them continue with robust commercial relations with nations that they see fit. The supremacy of national interests over global politics is clear and apparent in the present scenario and will remain for some time to come,” opines Dr Pandey, PhD from Centre for Latin American Studies, JNU.