Wanda has been positioning itself as a direct rival to Disney, breaking ground on a 16 billion yuan ($2.44 billion) tourism “city” in southwest China last week and preparing to open another park in southeastern Nanchang city this week. 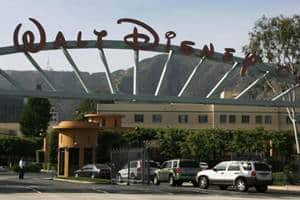 Chinese conglomerate Wanda today defended the appearance of Disney characters in a newly-opened complex containing a theme park which its owner bills as a rival to Disneyland. (Representational image. Reuters)

The comments by Wang Jianlin, made in an interview with state television aired late on Sunday, pits him against both the iconic US firm and its local government-linked partner, which owns a majority stake in the park.

Disney’s $5.5 billion resort in Shanghai, a joint venture between the U.S. entertainment giant and Chinese state-backed consortium Shanghai Shendi Group, is slated to open on June 16.

Wanda has been positioning itself as a direct rival to Disney, breaking ground on a 16 billion yuan ($2.44 billion) tourism “city” in southwest China last week and preparing to open another park in southeastern Nanchang city this week.

“As far as the opening of the Disney Shanghai park goes, I’m sure that we will win out,” Wang said in an almost hour-long interview on state-run China Central Television (CCTV).

“At Wanda I always say we want to ensure Disney is not profitable for 10-20 years in this business segment in China.”

In the wide-ranging interview that also touched upon Wanda’s investment strategy overseas and interest in global soccer, Wang added Disney faced hurdles to win over consumers to its key animation characters.

Wanda itself does not have any hugely well-known characters, but several newer Chinese animations such as “Boonie Bears” and “Pleasant Goat and Big Big Wolf”, developed by domestic companies, are very popular on the mainland.

Wang added the Disney park would have to face challenges with Shanghai’s weather due to cold winters and a rainy season in summer, while the U.S. firm’s costs were also higher than Wanda’s, creating a “serious challenge”.

“To balance the books, (Disney) has to charge high prices, which will put some customers off,” Wang said. “On top of this China already has Wanda – they really ought not to have come to China at all.”