US to pursue bilateral trade with allies around the globe, asserts Trump administration

The new Trump administration has asserted that it would pursue bilateral trade opportunities with allies around the globe as multilateral trade agreements like TPP are not in interest of the country. 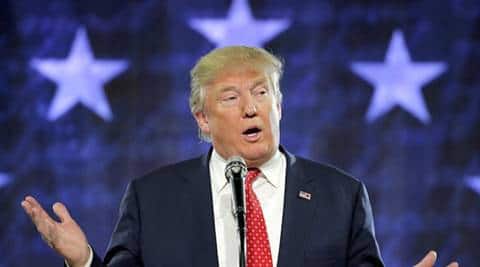 The Trump Administration, he said, is in the process of reviewing all of current trade agreements. (Reuters)

The new Trump administration has asserted that it would pursue bilateral trade opportunities with allies around the globe as multilateral trade agreements like TPP are not in interest of the country. The White House announcement in this regard came soon after the President Donald Trump issued a memorandum withdrawing the United States from the Trans-Pacific Partnership (TPP), a multilateral agreement that includes the US and 11 other countries.

“As the president has said many times, this type of multinational agreement is not in our best interest and he’s moving quickly to advance trade policies that increase the competitiveness of the American worker and manufacturer,” White House Press Secretary Sean Spicer told reporters at his maiden news conference yesterday.

Big multinational agreements, he said, are not always in the best interest of the United States.

“The beautiful thing about a bilateral agreement is that if any one of the true parties in the agreement decides at any time they want to get out of the agreement, or they’re not being treated fairly, they can renegotiate much easier,” he said.

“In a multinational agreement, that’s not the case. In many cases, all of the other countries have to agree to an action or to let somebody out. That’s not putting the US’ interests first,” Spicer asserted.

The White House Press Secretary said, “when you enter into these multinational agreements, you’re allowing any country, no matter the size — any one of those 12, including us, to basically have the same stature as the United States in the agreement.

“So we’re basically on par with some very small companies who are getting access to an amazing market, the United States. And in return, we’re negotiating at the lowest common denominator,” he said.

Spicer pointed out that China too has been engaging in bilateral trade agreements.

“The President’s gonna look to countries to engage with,” he said in response to a question.

“So he understands the need, that’s part of the reason that trade is important, bilateral trade. It provides a check on a lot of this,” he said.

“He has always gonna be fighting for the interest of the country and the American worker. So where and how we engage and with whom, is gonna be decided on whether or not we can get a deal that benefits our country, economically and in terms of national security.

“That there are there things that we can do economically, that actually end up also benefiting us from a national security standpoint because of the economic relationship that exists between the two countries,” he asserted.

The Trump Administration, he said, is in the process of reviewing all of current trade agreements.

“Looking at potential bilateral options going forward, whether it’s in the EU or in the Asia-Pacific arena, or in the Middle East. He’s gonna figure out where we can expand US market access,” he said.

Spicer said that it’s not about multilateral agreements under a Trump administration.

It’s about bilateral agreements, where we can figure out country to country, how can we fight for the American worker, gain them access to another market that’s gonna benefit our large and small businesses who want to sell additional goods and services, he said.