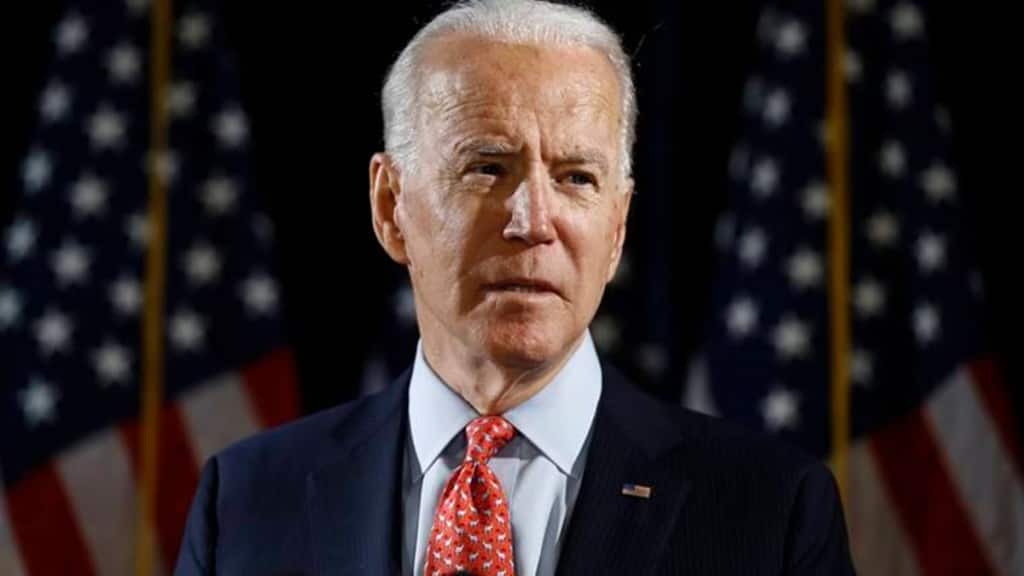 US President Joe Biden on Friday announced a new round of sanctions in response to Russia‘s annexation of four Ukrainian territories, targeting government and military officials and their family members, saying that Moscow’s action to annex Ukrainian territory has “no legitimacy”.

The Treasury Department, Commerce and State each announced separate sanctions intended to target decision-makers in Moscow, allies of Russian President Vladimir Putin and entities that support the military-industrial complex in Russia.

“In response to Russia’s phoney claims of annexation, the United States, together with our Allies and partners, are announcing new sanctions today,” Biden said.

These sanctions will impose costs on individuals and entities — inside and outside of Russia — that provide political or economic support to illegal attempts to change the status of Ukrainian territory, he said.

The Department of State on Friday imposed visa restrictions on Ochur-Suge Mongush, for a gross violation of human rights perpetrated against a Ukrainian prisoner of war and 910 individuals, including members of the Russian Federation military, Belarusian military officials, and Russia’s proxies violating Ukraine’s sovereignty.

Biden said that the US will rally the international community to both to denounce these moves and hold Russia accountable. “We will continue to provide Ukraine with the equipment it needs to defend itself, undeterred by Russia’s brazen effort to redraw the borders of its neighbour,” he said.

“Make no mistake: these actions have no legitimacy. The United States will always honour Ukraine’s internationally recognised borders. We will continue to support Ukraine’s efforts to regain control of its territory by strengthening its hand militarily and diplomatically, including through the USD 1.1 billion in additional security assistance the United States announced this week,” Biden said.

Soon thereafter, the Departments of Treasury, Commerce and State made detailed announcements of the swift and severe costs that the US is imposing on Russia for its fraudulent and unlawful annexation of regions of Ukraine.

“Today we are sending a clear warning from the United States government, supported by G7 partners: There will be costs for any individual, entity, or country that provides political or economic support to Russia as a result of its illegal attempts to change the status of Ukrainian territory,” a White House official said.

“Today, both the Department of Treasury and Commerce laid out the heightened sanctions and export control risks for entities and individuals inside or outside Russia that provide political or economic support to Russia for its purported annexation,” it added.

In addition, the Department of Treasury sanctioned 14 international suppliers for supporting Russia’s military supply chains. The Treasury is also designating 109 additional State Duma members and 169 members of the Federation Council of the Federal Assembly of the Russian Federation.

The Treasury designated Elvira Sakhipzadovna Nabiullina, the Governor of the Central Bank of the Russian Federation (CBR) and a former advisor to Putin and Olga Nikolaevna Skorobogatova, the First Deputy Governor of the CBR.

The Department of Commerce added 57 entities to the Entity List and made clear that the current United States export controls on Russia can be applied to entities in third countries that seek to provide material support for Russia’s and Belarus’s military and industrial sectors, including to backfill technologies and other items prohibited by the United States and the 37 allies and partners that have implemented substantially similar controls.

The Biden administration has levied numerous sanctions against Russian officials, financial institutions and allies since it first launched its invasion of Ukraine roughly six months ago, targeting Putin himself, his closest advisers and major banks in a bid to cut off financing and crush the Russian economy.

The Biden administration has levied numerous sanctions against Russian officials, financial institutions and allies since it first launched its invasion of Ukraine in February, targeting Putin himself, his closest advisers and major banks in a bid to cut off financing and crush the Russian economy.

“This is a clear violation of international law and the United Nations Charter. In response, the United States and our allies and partners are imposing swift and severe costs targeting additional Russian government officials, their family members, Russian and Belarusian military officials, and defence procurement networks, including international suppliers supporting Russia’s military-industrial complex,” he said.

“We are also issuing a clear warning supported by G7 Leaders: We will hold to account any individual, entity, or country that provides political or economic support for Russia’s illegal attempts to change the status of Ukrainian territory,” Blinken said.

“In support of this commitment, the Departments of the Treasury and Commerce is releasing new guidance on heightened sanctions and export control risks for entities and individuals inside or outside Russia that support Russia’s sham referenda, purported annexation, and occupation of part of Ukraine,” he added.