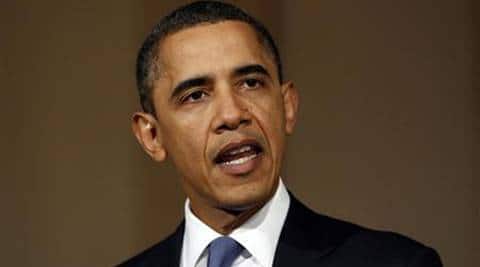 US President Barack Obama bid goodbye to Americans in an emotional speech, warning them of threats to democracy from growing racism, inequality and discrimination. (Reuters)

At a time when the Obama administration is expected to follow through a ”transition” or “handing over” period, the decision by US President Barack Obama to evict 35 Russians for “spying” has evoked strong reactions in Moscow.

Dmitry Peskov, the Kremlin press secretary, termed it as another manifestation of the “unpredictable and aggressive foreign policy” by the Obama administration. He also said that the sanctions are “unjustified and illegal” according to international law.

Maria Zakharova, Russian Foreign Ministry spokesperson, wrote a scathing Facebook post, slamming Obama’s administration. She stated that Obama, as the outgoing US President, did not leave any major foreign policy achievements as part of his legacy and instead left a “huge blot” with his latest decision.

In Maria Zakharova’s Facebook post, she also wrote, “This time, Washington has been slapped by own master…”

On Thursday, President Barack Obama ordered the eviction of 35 Russian suspected spies and imposed new sanctions on two Russian intelleigence agences over their involvement in hacking U.S. politican groups during the 2016 presidential election. This move by the outgoing Obama administration marks a new low in the post-Cold War ties between the United States and Russia and may trigger a flashpoint between the incoming US-President elect Donald Trump and the fellow Republicans in Congress.

According to Moscow Times, a spokesperson of the Russian Foreign Ministry commented to Interfax that the Obama administration is attempting to damage normal relations from being restored between the two countries – a development that is expected under the next US President – Donald Trump.

Meanwhile, mixed reactions continued to come forth across Moscow. Diplomat Konstantil Dolgov has been quoted by Moscow Times as saying, “Sanctions hysteria shows how completely clueless the outgoing US administration is.”