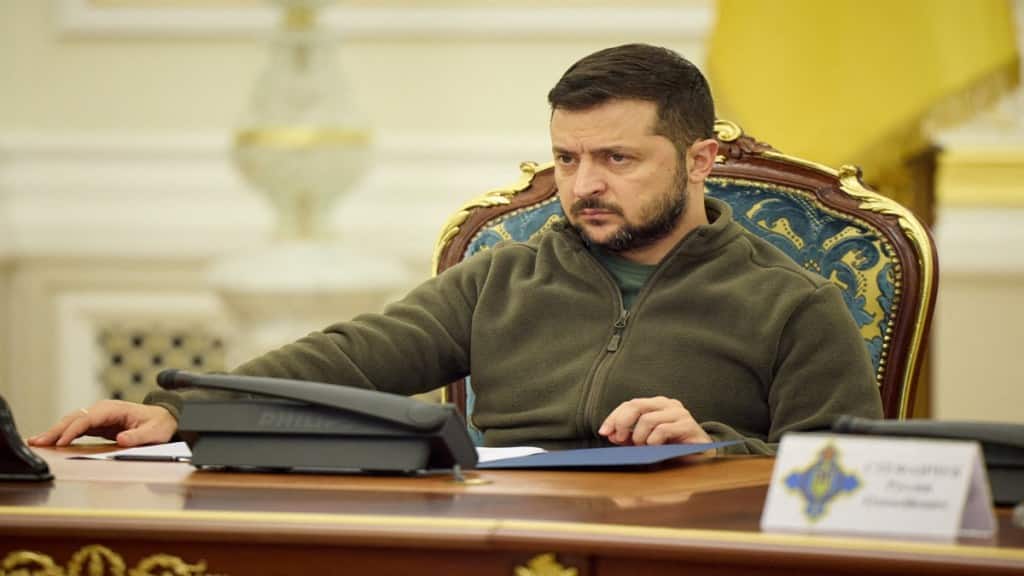 Russian President Vladimir Putin has warned that he won't hesitate to use nuclear weapons to ward off Ukraine's attempt to reclaim control of Moscow-occupied areas. (Reuters file image)

Ukraine President Volodymyr Zelenskyy said on Thursday it was “hard to say” whether the risk of nuclear war had increased with his military’s territorial gains, but he remains confident his Russian counterpart would not survive such as escalation in hostilities.

Russian President Vladimir Putin has warned that he won’t hesitate to use nuclear weapons to ward off Ukraine’s attempt to reclaim control of Moscow-occupied areas.

Asked if the risk of Russia using nuclear weapons had risen, Zelenskyy said through an interpreter: “It’s hard to say.” He questioned whether Putin had enough control over the Russian campaign to direct a tactical nuclear strike. The Russians found it “hard to control everything that is happening in their country, just as they’re not controlling everything they have on the battlefield,” Zelenskyy said.

“He understands that after the use of nuclear weapons he would be unable any more to preserve, so to speak, his life, and I’m confident of that,” Zelensky said.