The Turkish army killed five Islamic State militants in Syria in cross-border shelling, Turkish military sources said on Thursday, hitting positions west of where an offensive on militants was launched by Syrian fighters with U.S. backing. 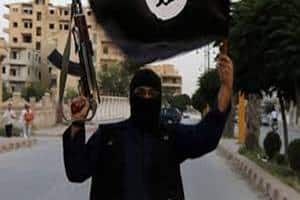 The Turkish army killed five Islamic State militants in Syria in cross-border shelling, Turkish military sources said on Thursday, hitting positions west of where an offensive on militants was launched by Syrian fighters with U.S. backing.

Thousands of Syrian rebels supported by a small U.S. special operations team launched a major offensive on Tuesday to drive Islamic State from the “Manbij pocket” near the Turkish border, which Islamic State has used as a logistics hub.

Washington informed Ankara of the Manbij operation, but it was beyond the range of Turkish artillery and Turkey would not back a campaign in which Syrian Kurdish fighters played a role, another Turkish military source said on Wednesday.

Turkey objects to the United States’ backing of the Kurdish YPG militia against Islamic State in Syria because it considers the group to have deep ties to the Kurdistan Workers Party (PKK) militant group waging an insurgency in the Turkish southeast.

Prime Minister Binali Yildirim on Wednesday said weapons given to the YPG militia in Syria were making their way to PKK militants in Turkey.

Turkey is trying to stamp out the PKK insurgency after it re-ignited last July when a two-year ceasefire collapsed. The United States and Turkey both list the PKK as a terrorist group.

The PKK is mainly based in mountainous northern Iraq, and Turkey regularly enters Iraqi airspace to strike their camps and weapon stores, despite objections from Baghdad and the semi-autonomous Kurdistan Regional Government.