Trump tells farmers: ‘I Love you’, but still cutting your subsidies 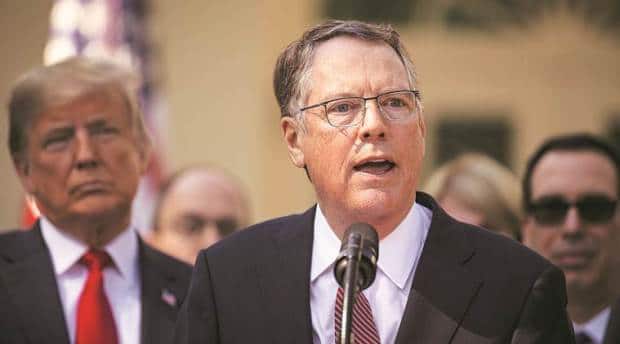 President Donald Trump’s “I LOVE YOU!” tweet to farmers is facing another challenge: Budget cuts that will slash subsidies for crop insurance and small growers.

Trump’s 2020 budget, released on Monday, calls for a 15% funding drop for the department of agriculture, citing ‘overly generous’ subsidies. The president is seeking one of the largest-ever cuts to domestic discretionary spending in a $4.7 trillion fiscal 2020 budget proposal that also boosts defenses spending and adds $8.6 billion for building a border wall.

The plan would trim the USDA budget by $3.6 billion to $20.8 billion, lowering subsidies for crop insurance premiums to 48% from 62%, and limiting subsidies for growers who make less than $500,000 annually.
In December, the president tweeted, “Farmers, I LOVE YOU!” On Monday, the National Farmers Union criticised the White House budget proposal, saying, “It’s time the president’s policy proposals and rhetoric acknowledge the financial pain in farm country.”

Also Read
Explosions rock Ukrainian cities as Russia launches ‘more than 100 missiles’ in waves
6.0 earthquake strikes off coast of Ecuador
Year-Ender | Top world events no one expected in 2022 but made headlines and changed the course of history
The Multi Domain Threat beyond Yangtse

The budget blueprint, which forecasts annual deficits extending beyond the next decade and rising national debt, represents a wish list for the president’s priorities that is certain to be ignored by Congress.

“The Trump budget has no chance of garnering the necessary bipartisan support to become law,” said Nita Lowey, the top Democrat on the House Appropriations Committee.

Farmers comprise the bedrock of the rural base of voters that sent Trump to the White House. That constituency found itself caught in the cross-hairs of Trump’s trade war with Beijing after China slapped retaliatory tariffs on US-grown crops, including soybeans.

The Trump administration responded with a plan to authorise as much as $12 billion in aid, but even prior to the ruckus between the world’s two largest economies, American farmers were dealing with low prices and a decline in incomes wrought by bumper crops.

Trump’s budget ‘proposes that USDA responsibly and efficiently use taxpayer resources by making targeted reforms to duplicative programs and overly generous subsidy programs’, according to the document.

In speaking at the American Farm Bureau Federation’s conference in January in New Orleans, Trump said that he was ‘proud to be a great friend of the farmer, of the rancher’ and those in that profession.

“We are very disappointed that the president takes the position that he does, but many of these cuts were discussed in the ag committees of both the House and the Senate when they put together the farm bill, and they were rejected,’’ said Gene Paul, legislative coordinator at the National Farmers Organisation.

“Crop insurance is probably more important now than ever because of lower farm incomes and tariffs put in place by the president’’ Paul said. “The president just doesn’t get it.’’’