Zaporizhzhia city, about 52 km (30 miles) from a Russian-held nuclear power plant, has been under frequent shelling in recent weeks, with 19 people killed on Thursday. 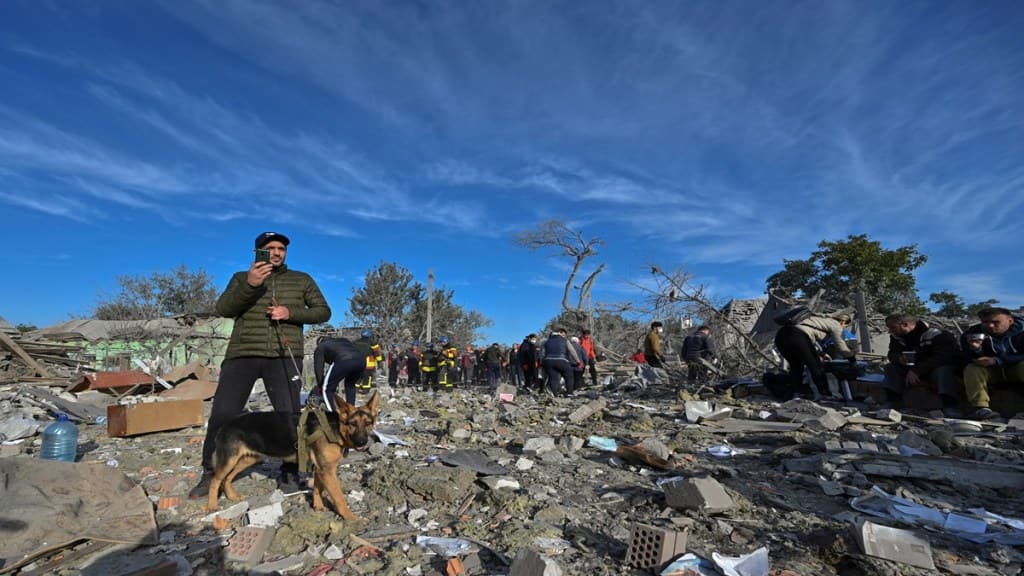 "Twelve missiles came, all from planes," he said on state-run television.

A Russian missile attack early on Sunday struck an apartment block and other residential buildings in Ukraine’s southeastern city of Zaporizhzhia, killing at least 13 people and injuring 87 others, including 10 children, Ukrainian officials said.

The pre-dawn fusillade was the second of its kind against the city in three days. It came a day after a blast hit Russia’s road-and-rail bridge to Crimea, the key supply line for Russian forces battling to hold territory around the southern Ukrainian city of Kherson.

“Twelve missiles came, all from planes,” he said on state-run television.

At least 13 people died and 87 others were wounded, 60 of whom were hospitalized, regional officials said. The wounded included 10 children.

The rescue operation at the nine-storey apartment building was complicated by a fire that broke out in the rubble, Starukh said.

“We pulled people out quickly and saved eight people already, but when the fire starts then people (under the rubble) have practically no chance of surviving as there is no oxygen,” he added.

Ukrainian President Volodymyr Zelenskiy condemned the attack as “absolute evil” by people he called “savages and terrorists”, vowing those responsible would be brought to justice.

Zaporizhzhia city, about 52 km (30 miles) from a Russian-held nuclear power plant, has been under frequent shelling in recent weeks, with 19 people killed on Thursday.

“Zaporizhzhia again. Merciless strikes on peaceful people again. On residential buildings, just in the middle of the night,” Zelenskiy said on the Telegram messaging app.

Emergency workers and firefighters cordoned off the nine-storey building and dug for survivors and casualties in the smouldering rubble of a massive central section that had collapsed.

Rescue workers carried the bodies of residents who died out through a window and laid them out on the ground under blankets and in body bags.

Most of the Zaporizhzhia region, including the nuclear plant, have been under Russian control since the early days of Russia’s invasion. The capital of the region, Zaporizhzhia city, remains under Ukrainian control.

Ukraine, the United States, the European Union, and human rights organizations have accused Russia of committing war crimes since its full-scale invasion began in February, saying attacks on civilian infrastructure, including schools and hospitals, have killed and wounded thousands of people.

Moscow denies deliberately attacking civilians during what it calls a “special military operation” to demilitarize its neighbour.