The 2021 Presidential election was closely contested since no person or party at the outset seemed to have the popular support to garner a majority to govern effectively. 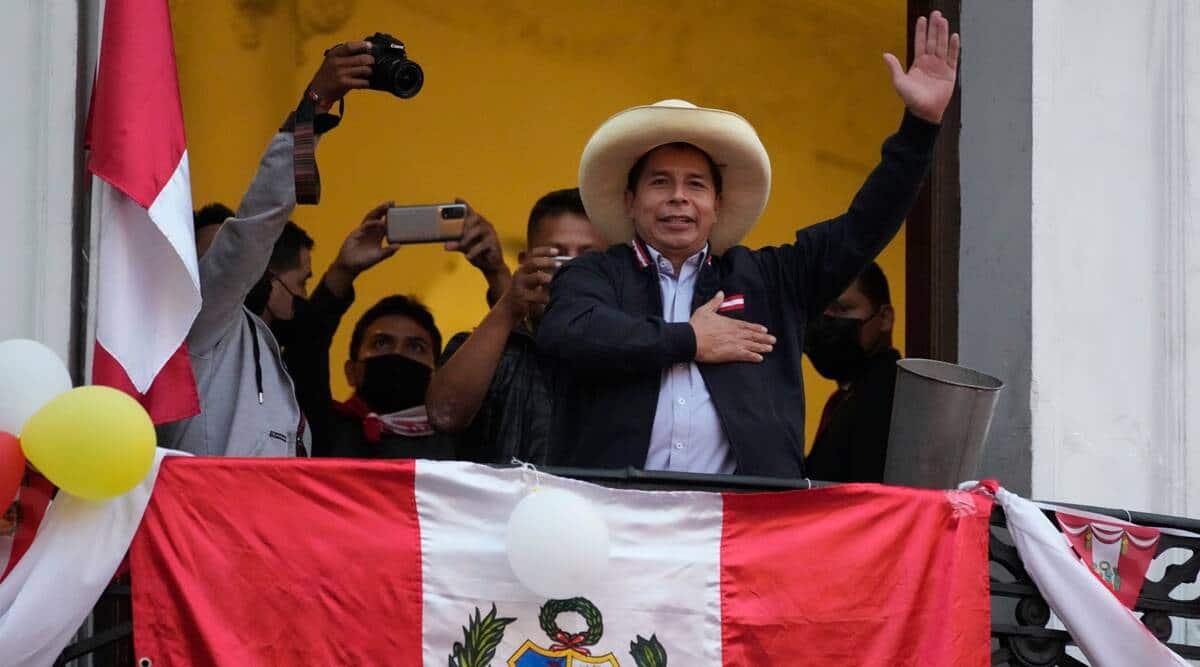 Interestingly, for all of the candidates’ ideological extremism, Peru’s election has never been a fight over the policy direction. (File/AP)

Peru, despite possessing eleven percent of the global copper reserve, was hit hard economically during the coronavirus pandemic and had strained health services. These became the rallying points for the closely-contested Presidential election of 2021. Until the mid-twentieth century, Peru had multi-class electoral constituencies mobilized by oligarchic leaders that used clientelistic networks. Strong class divisions in voting patterns emerged due to the advent of urban social organizations in the 1970s and labour unions in the 1980s. The strength of popular organizations waned by the end of the 1980s due to extreme populist spending leading to hyperinflation, ultimately leading to an economic crisis. Economic disorder fuelled political violence spearheaded by a guerrilla movement known as Shining Path (Sendero Luminoso) whose modus operandiwas extreme brutality.

In 1989, as terrorism and hyperinflation plagued Peru, Alberto Fujimori began a bid for the presidency on the planks of a new party Cambio 90 (Change 90) to tackle the malaise but what emerged was a decade-long repressive Presidency, worse than the terror of Shining Path. Ironically, Fujimori is currently imprisoned for human rights abuses.

Peruvian democracy since the 1990s has reflected a positive face of the incorporation of indigenous issues into the political process that did continue during the presidencies of Alejandro Toledo and Ollanta Humala in the 2000s, who incidentally also had an indigenous origin. Interestingly, for all of the candidates’ ideological extremism, Peru’s election has never been a fight over the policy direction.

The 2021 Presidential election was closely contested since no person or party at the outset seemed to have the popular support to garner a majority to govern effectively. The contexts shaping the election were manifold: the extreme weaknesses of political parties; political fragmentation; economic recession further exacerbated by the COVID-19 pandemic; regional and socio-economic divides- between the poor, rural Andes and the wealthier and more urban northern coast and capital Lima; immigrant inflow from Venezuela; increased citizen disaffection due to poor public-health dimensions; highest global per capita death rate during COVID 19 pandemic; and deep-seated corruption (7/10 of the country’s past presidents have either been convicted of or investigated for corruption; November 2020 itself saw three presidents within five days).

One of the contestants wasKeiko Sofía Fujimori Higuchi, 46 of the Popular Force (Fuerza Popular, FP), heiress to the political dynasty of Alberto Fujimoriwho was being investigated over allegations of having received bribes.  In her third bid for the presidency, she was identified as a right-wing populist due to her stress on the free market / neoliberal economic model. Her bastion was the urban capital Lima. Playing off her father’s characterization of his rule as a dictablanda (soft dictatorship), Fujimori promised a demodura (a hard democracy) to make the ‘necessary choices to rescue the country.’

The other candidate was José Pedro Castillo Terrones, 51 of the Free Peru Party (Perú Libre, PL), son of a campesino, thus his bulwark was the rural deep interior, and for him, this wasamaiden attempt.He appeared to be a radical leftist who insisted on the nationalisation of vital industries and resources like gold, silver, uranium, copper and lithium to “rescue” its strategic resources and redirect them away from rich mining companies to help alleviate widespread poverty. His other manifestos included using the revenue from resources for investments in health care and education; to have a top court elected by popular mandate; and writing a new constitution to favour ordinary Peruvians and not business interests. Castillo, later during the campaign, began to cool market fears proclaiming he would not nationalize companies and strongly rejected comparisons between him and other far-left Latin American leaders. Castillo appeared more radical than former Peruvian President Ollanta Humala, who after winning the 2011 election softened his anti-establishment rhetoric and shifted away from leftists like Venezuelan socialist leader Hugo Chávez.

The race to run the copper-rich Andean nation showed signs of tightening as the June 6 run-off neared. Keiko Fujimori managed to shrink the gap on socialist rival Pedro Castillo. A closer contest in the June 6 vote was the outcome despiteCastillo at one point appearing to be out of reach of Fujimori, with some exit polls showing him with double her level of support. A polarised election, dubbed by analysts as a contest between indigenismo and Fujimorismo,had a high voter turn-out due to mandatory voting (nearly 74.5%). After the election of 11 April 2021and the run-off of 06 June 2021, Castillo defeated Fujimori only by 44,263 votes, winning by 50.13% against 49.87%.

Castillo, sworn in subsequently as Peru’s President on 28 July 2021, is the first peasant to hold this office. Castillo credited the ‘Deep Peru’ (el Perú Profundo) for his electoral victory and promised a government that would rectify historical injustices arising from the arrival of Spanish conquistadores and their regime based on the exploitation of the indigenous population.

The victory of Castillo was duly conferred recognition by external agencies- an inter-American observer mission (OAS) did not report any irregularities and opined the ballot complied with international standards; the United States and the EU gave certificates of fairness; and the Leftist leaders in Latin America congratulated Castillo.Domestically, Castillo has already softened his rhetoric and exhibits a moderate, market-friendly approach that has been evident by the sacking of ministers with rigid stands. He has a weak electoral mandate in Congress that would always make him cautious lest he is ousted by the united right-wing forces. Internationally, the model of governance over the next five years would have implications for relations with the US and China and their policies toward the drug war. The regional signals are also noteworthy- will leftist revival spread across Latin America?

(The author is Faculty in Latin American Division, CCUS&LAS, SIS, JNU, New Delhi. She tweets @apraaapril Email: aprajitakash@gmail.com. Views expressed are personal and do not reflect the official position or policy of Financial Express Online. Reproducing this content without permission is prohibited).