The ongoing crisis in Sri Lanka and constitutional amendments

As a part of these attempts, the Sri Lankan parliament has undertaken the task of passing the 21st amendment to their constitution which aims to restrict the powers of the President. 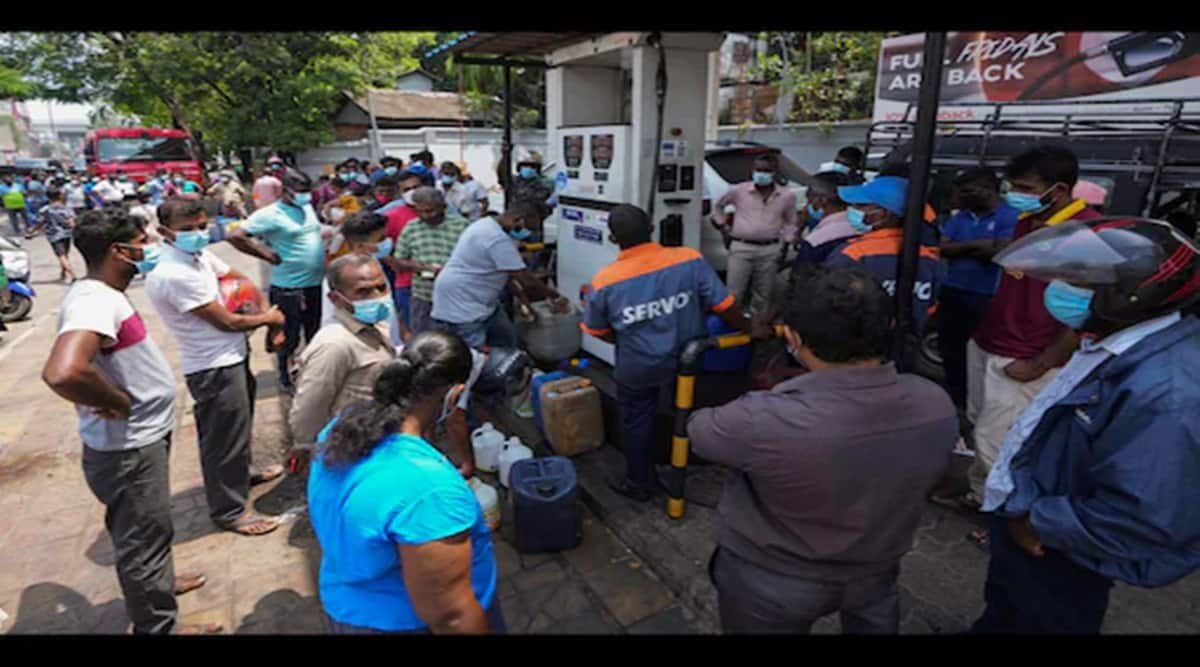 The world watched the Lankan descent into chaos and as the country grappled with acute shortages of essentials like food and medicines; an attempt was made to restructure the powers of the Lankan Presidential post. (Photo source: AP)

The ongoing crisis in Sri Lanka has shown no indications of ending anytime soon; however, the nation has been attempting to alleviate the situation. As a part of these attempts, the Sri Lankan parliament has undertaken the task of passing the 21st amendment to their constitution which aims to restrict the powers of the President. The present situation of the country can be attributed in many ways to the maladministration and misgovernance under the Rajapaksa regime. The Rajapaksa politics of appeasement and favour meant that massive tax cuts had followed his ascent to power. Without clear alternate sources of income for the government and a reduction in taxes, rising foreign debts, extensive spending on public infrastructure, decline in agricultural output, and a reduction in tourists and remittances; Sri Lanka ended in a situation where the debt it owed was around 111% of its GDP.

The world watched the Lankan descent into chaos and as the country grappled with acute shortages of essentials like food and medicines; an attempt was made to restructure the powers of the Lankan Presidential post.

Recently, the cabinet of the newly formed government under the leadership of Ranil Wikramsighey gave a nod to the 21st  Constitutional Amendment Draft that along with other structural changes in the constitution also talks of curbing the executive powers of the president, which is highly at par with the prevailing mindset of masses, that are lining up from last 3 months to dethrone Rajapaksa Gotabaya from his post of the Sri Lankan President , due to the ongoing economic and political catastrophe that has pushed millions into abject poverty. It has been said that this crisis is the worst since the formation of the country.  According to the drafted amendment, the executive powers are to be extracted from the president and to be transferred to the prime minister, so that over-centralization of power can be diluted and a proper process can be incorporated and protected with more checks and balances.

It also talks of providing more strength to the idea of democracy in the country, as it would put more responsibility on the floor of parliament once converted into law because the prime minister is answerable to the parliament and when more powers is to be vested in him the authority of the parliament will rise automatically. Therefore, after coming into force, the 21stamendment will make executive decisions more democratic and transparent. Sri Lanka is no stranger to amendments and in the past five years the country has seen a fair share of them. In 2015, when the 19th amendment was introduced, its main highlight was to provide a structured framework for better and effective governance by ensuring more transparency in the process of elections, appointments of civil servants, finance, human right and public procurements, as strongly advocated by president Maithripala Sirisena and prime minister Wickremesinghe after winning the elections but Unfortunately, It was able to hold the waters until 2020 when Gotabaya regime came into play. Subsequently, the 20th amendment was introduced by the newly formed government by Gotabaya reversing almost all the provisions of the previous amendment. Furthermore, some special provisions were additionally created providing more power and authority to the office of the president, making it a powerhouse.

Now as the country is reeling under the after effects of the Rajapaksa regime there is an endeavour to stop this from happening again and stripping the post of the President of excessive and unchecked power. However, this change is seeming more and more difficult with each passing minute. As the amendment was being discussed on the floor of the parliament, it was declared that certain provisions of the amendment could not be passed without a referendum and also would need the elusive two – third majority in the parliament. The present condition of the country makes such a referendum almost impossible and the opposition parties have decided to boycott the proceedings of the parliament for the next week. Additionally widespread power outages in the country due to a crumbling structure and a lack of all essentials has translated to a reduction in the working days of the Sri Lankan parliament. The road to recovery for Sri Lanka is long and arduous; it would also have an adverse impact on the overall stability of the Indian Ocean Region which is already a volatile place.

(Anshuman Mishra is an independent political analyst and pursuing Law at National law University, Odisha and Dr Aparaajita Pandey is a political researcher and analyst with a PhD from the School of International Studies, JNU. Views expressed are personal and do not reflect the official position or policy of Financial Express Online. Reproducing this content without permission is prohibited).