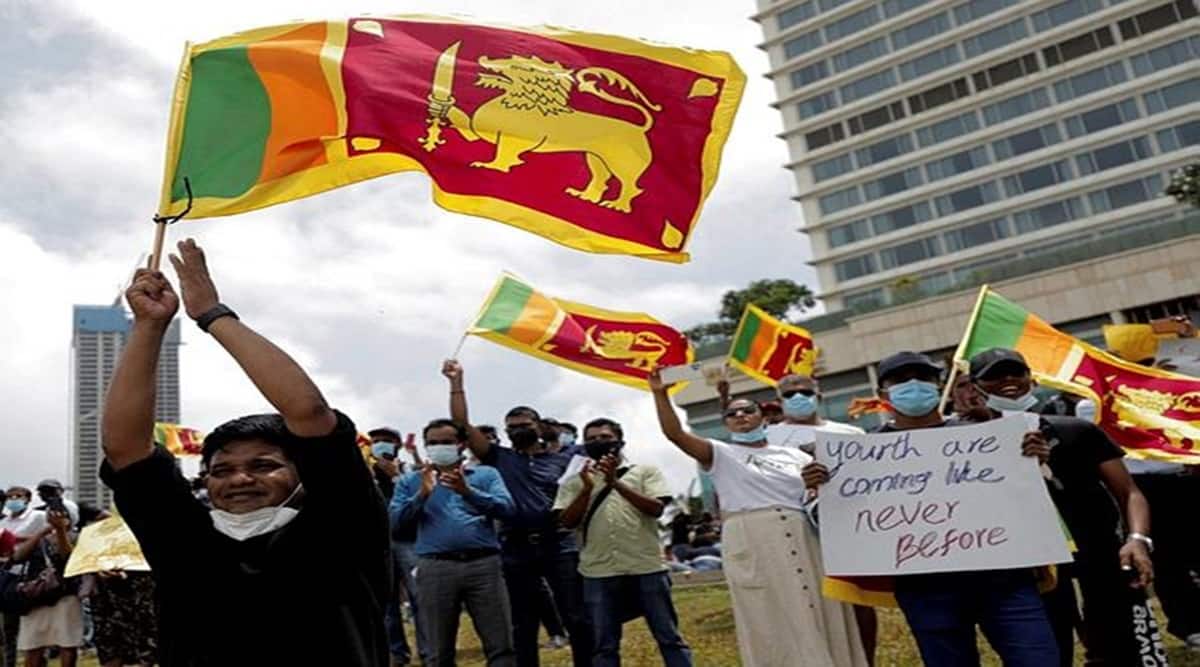 Rajapaksa who was facing calls for resignation since March was using the President's House as his residence and office since protesters came to occupy the entrance to his office early April. (File photo)

Thousands of protesters in Sri Lanka’s commercial capital Colombo stormed the president’s official residence and his secretariat on Saturday amid months of mounting public anger over the country’s worst economic crisis in seven decades.

Thousands also broke open the gates of the sea-front presidential secretariat and the finance ministry, which has been the site of a sit-in protest for months, and entered the premises, TV footage showed.

Military personnel and police at both locations were unable to hold back the crowd, as they chanted slogans asking President Gotabaya Rajapaksa to step down.

Two defence ministry sources said President Rajapaksa was removed from the official residence on Friday for his safety ahead of the planned rally over the weekend.

Prime Minister Ranil Wickremesinghe on Saturday summoned an emergency party leaders meeting to discuss the situation and come to a swift resolution, his office said in a statement.

He has requested the speaker to summon parliament, the statement said.

Wickremesinghe has also been moved to a secure location, a government source told Reuters.

A Facebook livestream from inside the president’s house showed hundreds of protesters, some draped in flags, packing into rooms and corridors, shouting slogan’s against Rajapaksa.

Video footage of protesters standing and some bathing in the swimming pool inside the president’s home was widely circulated on social media websites.

Hundreds also milled about on the grounds outside the colonial-era white-washed building. No security officials were visible.

At least 39 people, including two police were injured and hospitalised in the protests, hospital sources told Reuters.

The island of 22 million people is struggling under a severe foreign exchange shortage that has limited essential imports of fuel, food and medicine, plunging it into the worst economic crisis since independence in 1948.

Soaring inflation, at a record 54.6% in June and expected to hit 70% in the coming months, has heaped hardship on the population.

Political instability could undermine Sri Lanka’s talks with the International Monetary Fund seeking a $3 billion bailout, a restructuring of some foreign debt and fund-raising from multilateral and bilateral sources to ease the dollar drought.

The crisis comes after COVID-19 hammered the tourism-reliant economy and slashed remittances from overseas workers, and has been compounded by the build-up of huge government debt, rising oil prices and a ban on the import of chemical fertilisers last year that devastated agriculture. The fertiliser ban was reversed in November last year.

However, many blame the country’s decline on economic mismanagement by President Rajapaksa. Largely peaceful protests since March have demanded his resignation.

Police fired shots in the air but were unable to stop the angry crowd from surrounding the presidential residence, the witness said.

Reuters could not immediately confirm the president’s whereabouts.

Despite a severe shortage of fuel that has stalled transportation services, demonstrators packed into buses, trains and trucks from several parts of the country to reach Colombo to protest the government’s failure to protect them from economic ruin.

Discontent has worsened in recent weeks as the cash-strapped country stopped receiving fuel shipments, forcing school closures and rationing of petrol and diesel for essential services.

Sampath Perera, a 37-year-old fisherman took an overcrowded bus from the seaside town of Negombo 45 km (30 miles) north of Colombo, to join the protest.

“We have told Gota over and over again to go home but he is still clinging onto power. We will not stop until he listens to us,” Perera said.