During the past two decades, African countries have initiated and concluded large electrification projects on borrowed funds, however the development has been skewed – less money went in augmentation of energy i.e. increasing the power generation whereas cross border power transmission projects hogged large funds. 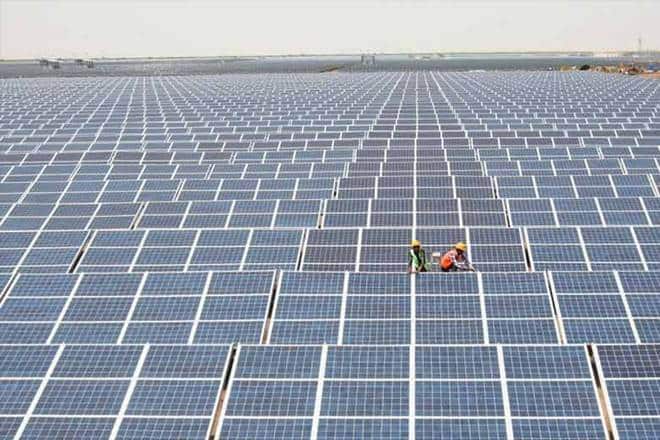 Solar power has the potential to change the African electrical energy map in the years to come.(Representational image)

On the side-lines of Millennium Development Goals (MDGs) adopted by the 191 United Nations Member States in September 2000, the African Nations were to provide electrical power to all by the year 2015. As against this resolution, the electrification rates in 2016 was 42.8 percent (source World Bank data) and there is no reason to believe that sustainable power availability has crossed 50 percent so far. During the past two decades, African countries have initiated and concluded large electrification projects on borrowed funds, however the development has been skewed – less money went in augmentation of energy i.e. increasing the power generation whereas cross border power transmission projects hogged large funds. Funding for last mile has not been effective as power distribution projects, especially rural electrification projects were either inferior in terms of planning and asset quality or suffered from maintenance issues and deteriorated before the end of their economic life. As per World Bank, mere 24.87 percent of Sub Saharan Africa’s rural population had access to electricity up to 2016.

Making Power available to all on a sustainable basis is a capital-intensive proposition. Additionally, energy administration which includes energy asset operations and maintenance plays a crucial role. Distribution companies generate revenue for entire value chain and poor health of these entities impacts power generation and transmission. As per IFC, electricity utilities in Sub Saharan Africa lost 23 percent of all energy consumed due to operational efficiencies. To protect generation and transmission assets, trifurcation of power utilities was carried out by many African countries. However, given their size, this exercise remained an academic exercise. To overcome this situation, many African Nations almost exited the power generation and distribution sector in favour of PPP projects during the period 2010-2015. Is Africa is ready for PPP in energy sector even today? This question remains un-answered. However, the African population – their standard of living and economy continues to suffer a a collateral damage.

Also Read
Chinese President Xi makes a milestone visit to Saudi Arabia coinciding with the lowest point in Saudi – US relations
Peru: A two-hour coup with several years in the making. Some thoughts and lessons
Vladimir Putin acknowledges Russia’s war in Ukraine could be a long one
White House supports passage of bill that eliminates per country quota for green cards; Indian-Americans set to benefit

Nevertheless, solar power has the potential to change the African electrical energy map in the years to come. Global Solar Atlas has promising news for Africa. Baring a few rainforest pockets, whole of Africa enjoys long duration sunshine with excellent horizontal irradiation of over 2,000kwh/(m2 year). Based on such natural resources, the theoretical reserves of Africa’s solar energy are estimated at 60,000,000 TWh/year which accounts for almost 40% of the global total. Extrapolating this potential to the Solar Energy Industries Association user estimates of 1 MW:160 homes, a third of African homes can be powered by solar energy.

Multilateral institutions led by the World Bank Group and progressive leaderships in Sub Saharan Africa have launched a slew of solar projects which include photovoltaic and well as solar thermal power projects. Currently South Africa leads in African solar energy initiative while Kenya, Ghana, Morocco are closing the gap with the launch of big solar projects. Unfortunately, the solar project economics in Sub Saharan Africa today purely rests on horizontal irradiation potential on one hand and the falling capital costs on the hand ignoring the bigger project perils such as land availability, distribution systems, finance cost and unit rates to ultimate consumers.

Take the case of India. With a whole hearted backing of the Government of the day, in June 2015; a target of 40,000 MW capacity in solar parks was set for implementation by March 2022. Till date 15 percent of planned capacity has been commissioned. Land availability is seen to be the biggest hurdle in India for solar power projects. Fortunately, low cost fund and availability of modern technology locally is driving down the unit price of saleable power. Further, in most of the cases no new investment is seen in building distribution networks.

The situation in Africa is a bit different. Hurdles are seen on pricing side and the project ownership. Most of the Sub Saharan Countries have abundant land for solar projects (many countries practice state ownership of land) therefore unlike India, land for project is not the issue, unless one draws a cost-benefit analysis of land usage for solar power vis-à-vis crop cultivation. Both capital and technology are scare in Sub Saharan Africa. There are no authentic solar project capital cost figures available in the region, however, the on-going solar projects in various African countries are being financed by borrowed funds. Multilateral and bilateral funding has an in-built grant element rendering the cost of funds to .85 – 1.0 percent over a period of 20 years or more. This benefit is available to government owned and sponsored projects only. With the domestic interest rates ranging between 14-21 percent, dearth of local entrepreneurship and political risk premium running high, no private sector project or PPP project seem to be financially viable.

Technology, Operation and Management (O & M) cost and evacuation cost are critical costs for the success of solar project. With no manufacturing base, whole of the project will be imported into Africa. Except South Africa, none of the Sub Saharan African country enjoys a kind of manufacturing base and economies of scale to produce, operate and manage a solar project. Therefore, the project contractor is forced to build such associated project costs into his price bid and carry out O & M activities at a premium after project commissioning. Often, evacuation infrastructure to be set up by the Utility or the project owner is delayed due to lack of resources leading to project time and cost overrun. Summing up all the financial costs and the local purchasing power of the consumer, it is difficult to assume that a Sub Saharan African solar project can break even within 8-9 years of commissioning.

It would be naïve to say that the African Utility Companies are unaware of the situation. This is precisely why solar bids are being invited on a PPP basis. In the ensuing melee, whether Africa will miss the solar bus? Only time will tell.