Woman claims to be Dubai Royal, goes missing with her friend off Goa Coast

A woman, who claimed to be the daughter of Dubai’s crown Sheikh Mohammed Bin Rashid Saeed Al Maktoum,has gone missing with her friend off Goa coast. The 33-year-old woman Sheikha Latifa reportedly went missing off the coast of Goa. 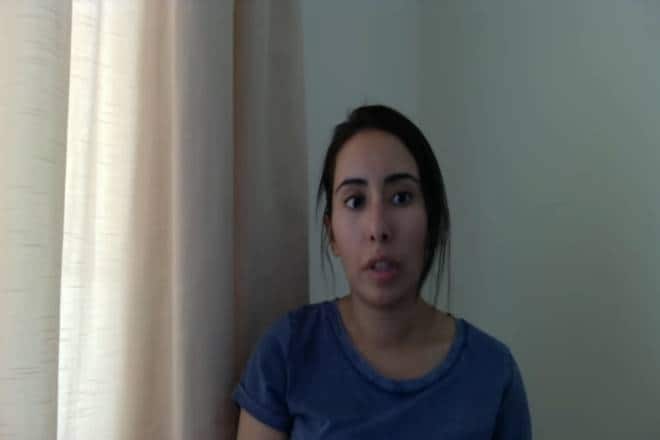 A woman, who claimed to be the daughter of Dubai’s crown Sheikh Mohammed Bin Rashid Saeed Al Maktoum,has gone missing with her friend off Goa coast. The 33-year-old woman reportedly went missing off the coast of Goa. As per media reports, the woman named Sheikha Latifa had escaped UAE alleging torture for helping a sibling escape earlier.

Media reports claim that Latifa’s friend Herve Jaubert was also along with her when she went missing. Reportedly, Jaubert, who is a US-based French writer, had told a UK-based agency “Detained in Dubai” that the two were planning on flying to the US from India on 5 March. However, he said they were unsure about the welcome they would receive India. Notably, ‘Detained in Dubai’, is a legal firm working for those with problems in the UAE.

Media reports claim that just before going missing, Latifa had sent frantic Whatsapp messages to a contact identified as Radha Stirling, who also works for ‘Detained in Dubai’, on Sunday, March 4. The report hasn’t been confirmed as yet and the Indian security officials have refused to comment on the issue, saying it is not suitable to comment on such sensitive issue without proper evidence,

Earlier, in a 39-minute long video, that was circulated online with the help of UK-based agency “Detained In Dubai”, Latifa claimed that her father secretly jailed and drugged her for three years in the hospital by doctors to stop her from “rebelling”. The woman said that she is one of the 30 children of the billionaire ruler of Dubai, who has six wives. In the video, she emotionally narrated her “alleged” ordeal, claiming the video could be last as her father (apparently Dubai’s crown) would kill anyone to preserve his reputation.

As per reports, Latifa wanted to seek political asylum in the United States where she had made contact with a lawyer. Meanwhile, Latifa’s friend Jaubert is told to be no ordinary author. Media reports claim that Jaubert, 54, was a former French intelligence officer. After serving for ten years, he moved to Dubai and befriended Sultan Ahmed bin Sulayem, the former Dubai World chairman in 2004, who placed an order with him for three submersibles. Reportedly, Jaubert couldn’t deliver on the submersibles as promised and was accused on fraud charges by the Dubai authorities. However, no information as to how his path crossed with Latifa’s is available.

Media reports quoted UK MET police as saying that the information about the duo has been forwarded to the National Crime Agency and Interpol for investigation of their whereabouts.