Pakistan has been asked by the United States to put its case of joining the Nuclear Suppliers Group (NSG) before the 48-member countries rather than seeking individual endorsements for joining it. 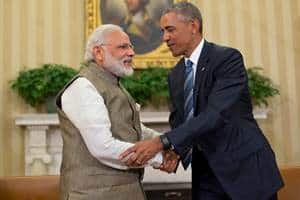 Pakistan has been asked by the United States to put its case of joining the Nuclear Suppliers Group (NSG) before the 48-member countries rather than seeking individual endorsements for joining it.

Islamabad had earlier this week, sent letters to American officials and lawmakers, urging them to support its bid for joining the 48-member club that controls access to sensitive nuclear technology, reports the Dawn.

The 48-nation NSG held a special meeting in Vienna, Austria, on Thursday to consider applications from the two South Asian nations.

Also read | Nothing has come out at Vienna NSG meeting for India: Congress

Both New Delhi and Islamabad possess atomic weapons but, aren’t the signatory of the Nuclear Non-Proliferation Treaty (NPT).

When it became obvious that China will not allow India to join the NSG on Thursday afternoon, a spokesman for the U.S. State Department urged Pakistan to present its application before the entire group.

When asked why Washington wasn’t backing Pakistan’s application, spokesman, Mark Toner, said, “That’s a collective decision reached by the members of the group.” “India is also pursuing membership into the Nuclear Suppliers Group, but certainly, if Pakistan wants to pursue that, that’s something for all the members of the Nuclear Suppliers Group to consider,” he added.

U.S. President Barack Obama, who met Indian Prime Minister Narendra Modi at the White House on Tuesday, after the meeting announced that the United States strongly supported India’s bid to join the NSG.

On being suggested by a journalist that the U.S. position on this issue may further strain already tense relations between India and Pakistan, Toner urged Pakistan to stop terrorists from using its soil to conduct operations inside India.

“We believe that Pakistan and India stand to benefit from practical cooperation and encourage direct dialogue aimed at increasing cooperation and reducing tensions,” he said. “And that includes steps by Pakistan to ensure that its territory is not used to plan attacks in India and that Pakistan takes steps to address or to go after all the terrorist groups that are currently using its territory,” he added.

He said that bilateral relations with India and Pakistan were separate and stand on their own merits, and so it’s not prudent for the U.S. to view its security cooperation in the region in kind of a zero-sum game — or zero-sum terms.

“I think it’s important for the countries of the region that they all have constructive security relationships with each other. And that’s Pakistan, that’s India, and it’s also Afghanistan,” he said.