A détente between two of Eurasia’s most consequential countries will herald lasting peace in Europe. 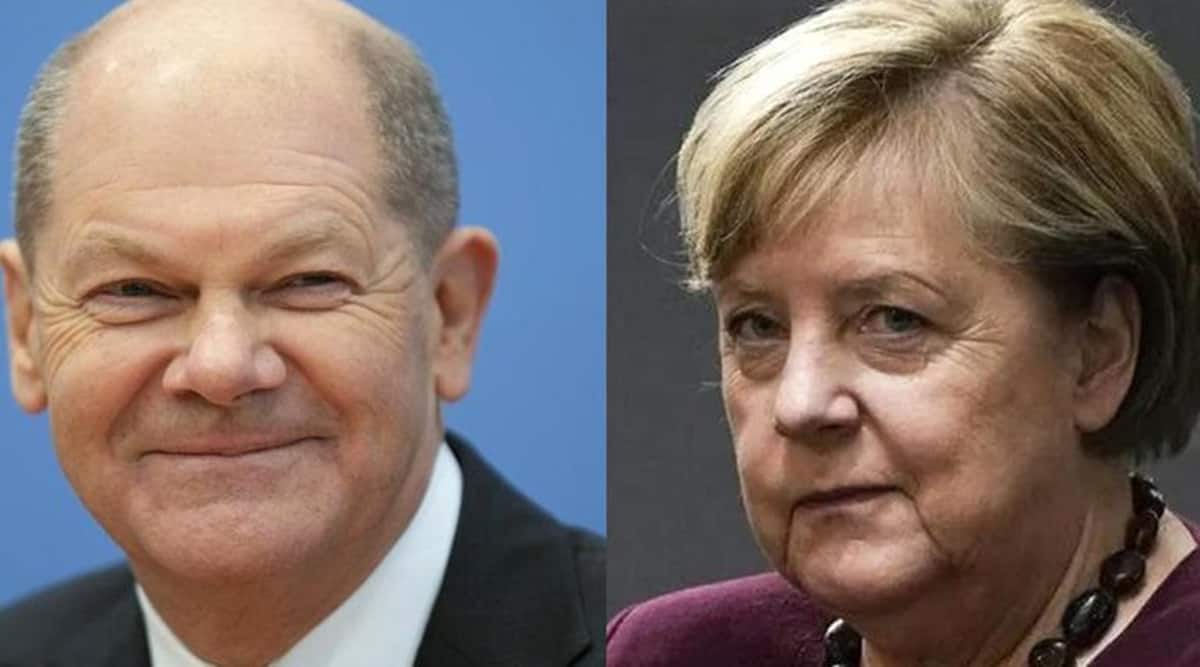 The Russlandversteher are products of the then  West German Chancellor Willy Brandt’s Ostpolitik of warm ties with the Soviet Union. (AP)

Chancellor Olaf Scholz’s outreach for a “fresh start” with Russia and a possible meeting with President Vladimir Putin has brought to the fore inter and intra-party divisions over Russia in German politics. Just three days before Thursday’s Normandy Format meeting at Moscow, Scholz has therefore undercut both President Joe Biden and Ukrainian President Volodymyr Zelensky.

This divergent Russia-approach of the Center-Left Scholz (of the Social Democrats or the SPD) and his hawkish Foreign Minister Annalena Baerbock and Defence Minister Christine Lambrecht is emblematic of the ‘Russlandversteher’ (who favour engagement with Russia) in German politics. While Lambrecht too is from the SPD, Baerbock is from the Greens Party.

The first call between Baerbock and Russian Foreign Minister Sergey Lavrov on December 14 was initiated by the German side. Baerbock was reconciliatory when she first proposed “Honest and open talks.” “Territorial integrity of Ukraine must not be violated. Need progress in the Normandy format…also discussed a visa-free regime for young Russians & cooperation on hydrogen,” she added.

The Russian Foreign Ministry, “Stressed its determination to build dialogue with Germany’s new government.” Lavrov upheld the Minsk Agreements as the “sole basis” while appealing to Germany “as a member of the Normandy format (to) exert influence on the Ukrainian authorities.” The United States itself advocates “peaceful resolution” and calls for Ukraine too to “exercise restraint”, while simultaenously pushing for the North Atlantic Treaty Organization’s (NATO) eastward expansion and enhancing naval drills in the Black Sea.

Blinken has also not threatened anything beyond “high impact sanctions”, “serious consequences” while tacitly approving Turkish drone sales to Kiev. Scholtz himself won the Chancellery promising to continue Merkel’s (who was from the Christian Democratic Union) legacy. The “Putin whisperer” and Russian-fluent Merkel, was raised in the former German Democratic Republic (East Germany) where she was part of the Communist Youth League. The former KGB chief Putin too could return the favour with his complete German proficiency.

The Russlandversteher are products of the then  West German Chancellor Willy Brandt’s Ostpolitik of warm ties with the Soviet Union, which aided the reunification of Germany. A “smart foreign policy likely driven and conceived by the Chancellery,” according to Rolf Mützenich the SPD leader in the Bundestag (Parliament) had hinted Scholz would have final word. Merkel herself successfully ensured the Nord Stream-2 gas pipeline was completed and got it off the sanctions hook by lobbying Biden, despite former Foreign Minister and SPD leader Heiko Maas’s hardline on Russia.

Current German President Frank-Walter Steinmeier of the SPD, the far-Left Die Linke and even the far-right Alternative fur Deutschland (AfD) has a highly favourable view of Moscow. The Free Democrats’ (FDP) Wolfgang Kubicki had even doubted alleged Russian assassination attempts of its double agent Sergei Skripal in the UK’s Salisbury and activist Alexei Navalny. Interestingly, the trepidation towards fully confronting Russia even afflicts the hawks, as was evident from Baerbock’s statement when she visited Washington for the first time on January 5. While warning Russia with an “extremely high political and economic price,” speaking alongside Secretary of State Anthony Blinken, she said “dialogue (is) the only way out of the crisis.”

“Germany will still struggle with a sovereign policy with Russia,” according Moscow-based analyst Andrew Korybko. Merkel herself succumbed to US pressure when she adversely reacted to the referendum in Crimea in March 2014 to merge with Russia, and backed sanctions against Moscow after it intervened to support pro-Russian separatists in Donetsk and Lugansk. The confusion in post-Merkel Germany is being exploited by France and Poland to lead the EU and Central Europe. Macron both engages President Vladimir Putin while also challenging Russia in the Black Sea.

The Russlandversteher is often applied to the business communities who took a hit following US’ anti-Russian sanctions. “But they still advance both German and EU interests since neither Berlin nor Moscow would use Nord Stream-2 as leverage not only because of the strong buyer-seller stake, but also since it would discredit Kremlin’s claims that this is strictly apolitical,” Korybko added. That former German Chancellor Gerhard Schroder is the chairman of the Nord Stream 2’s parent company puts things in perspective.

But for Professor Glenn Diesen of the University of South-Eastern Norway, “Willy Brandt’s Ostpolitik is long gone, and Russia has given up on Gorbachev’s dream of a Common European Home.” Ironically, it was Gorbachev’s acquiescence to the reunification against which he was promised non-German NATO forces and military structures to be absent from the former GDR.

NATO expansion continued under Presidents George H.W. Bush and Bill Clinton despite promises against doing so as per declassified documents. Followed by the illegal and devastating invasion of Yugoslavia, dismissal of the pro-Russian referendum in Crimea while openly supporting an uprising against the democratically elected pro-Russian Viktor Yanukovych were no less provocations to Russia itself.

That anti-Russian Ukrainian nationalists have links to neo-Nazi groups going as far back in World War 2, where they participated in horrific anti-Jewish massacres alongside the German Wehrmacht is a stunning irony facing post-War ‘German Guilt’. What following a hardline on Russia would imply should not be lost on Europe’s largest economy. And as America’s Great Power rivalry with China and Russia escalates, a détente between two of Eurasia’s most consequential countries will herald lasting peace in Europe.

(The author is an independent researcher and journalist covering military affairs at its intersection of foreign policy, economics, technology, society and history. Views expressed are personal and do not reflect the official position or policy of Financial Express Online. Reproducing this content without permission is prohibited).