Ukrainian officials said the country’s troops had recaptured a swath of the embattled city of Sievierodonetsk in a counteroffensive against Russia. 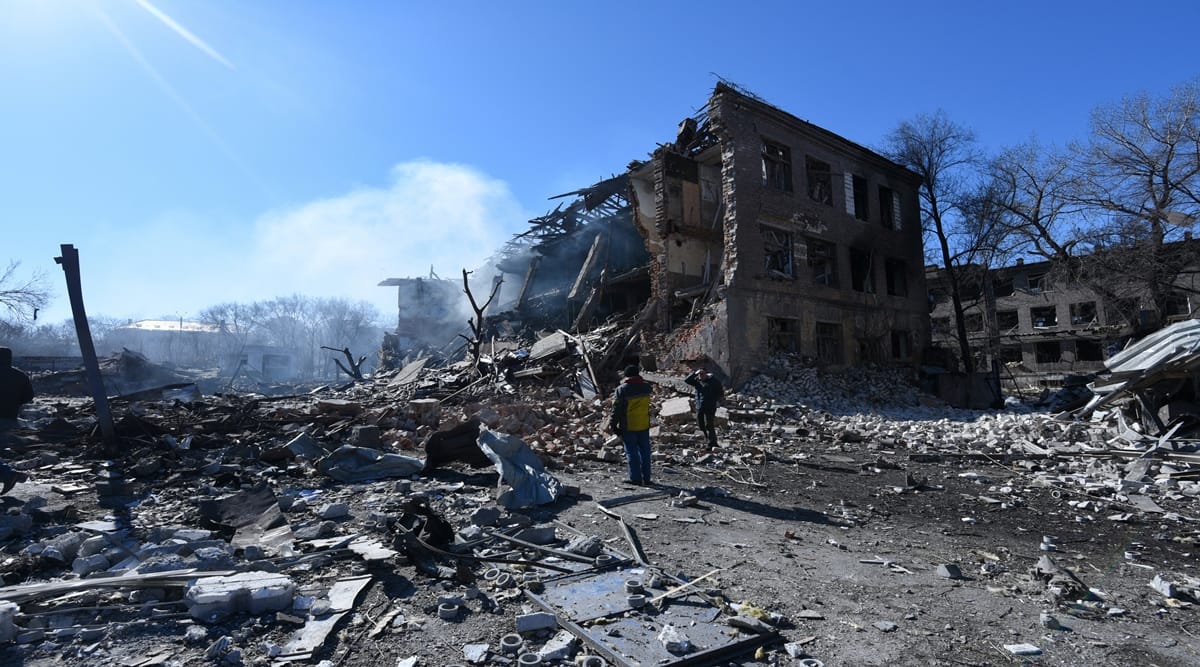 Air raid sirens regularly disrupt life in Kyiv, but there have been no major strikes on the city in several weeks. (File/Reuters)

Russian Tu-95 strategic bombers launched missiles at Kyiv from the Caspian Sea early on Sunday and two of the Ukrainian capital’s eastern districts were rocked by explosions, Ukraine’s air force and the city’s mayor said.

At least one person was hospitalised though no deaths were immediately reported, Mayor Vitaly Klitschko said. Dark smoke rose into the sky above the Darnytskyi and Dniprovskyi districts where the explosions rang out.

The attack targeted railway infrastructure, according to Serhiy Leshchenko, an aide to President Volodomyr Zelenskiy’s chief of staff.

Russia’s Defence Ministry said it had fired rockets at Kyiv from long distance and destroyed T-72 tanks and armoured vehicles that had been supplied to Ukraine by eastern European countries and were held in a railway carriage repair building.

The missiles were the first to hit the capital since late April when a Radio Liberty producer was killed in a Russian missile strike that hit the building she lived in.

“According to preliminary data, the (Russians) launched missiles from Tu-95 aircraft from the Caspian Sea,” the Ukrainian air forces said in a statement.

Ukrainian presidential adviser Mykhailo Podolyak called on the West to impose more sanctions on Russia to punish it for the strikes and to supply more weapons to Ukraine.

“The Kremlin resorts to new insidious attacks. Today’s missile strikes at Kyiv have only one goal – kill as many as possible,” he wrote.

The mayor of the historic town of Brovary some 20 km (12 miles) from Kyiv’s centre, urged people to remain inside their houses as there had been reports of the smell of soot coming from the smoke.

Despite continuing Russian offensives in Ukraine and the widespread destruction, life in Kyiv has been relatively attack-free in recent weeks, after Moscow turned the focus of its invasion to the east and south.

Air raid sirens regularly disrupt life in Kyiv, but there have been no major strikes on the city in several weeks.

The Darnytskyi district on the left bank of the Dnipro River stretches from the outskirts of Kyiv to the river’s shores while the Dniprovskyi area in the city’s north lies along the river.

Oleksandr Honcharenko, mayor of Kramatorsk in the Donetsk region in the east, reported overnight strikes on the city, resulting in widespread damage but no casualties.

On Saturday, Ukrainian officials said the country’s troops had recaptured a swath of the embattled city of Sievierodonetsk in a counteroffensive against Russia.