Ukrainian officials have warned that Russia could launch an attack from various directions, including from the territory of its ally Belarus. 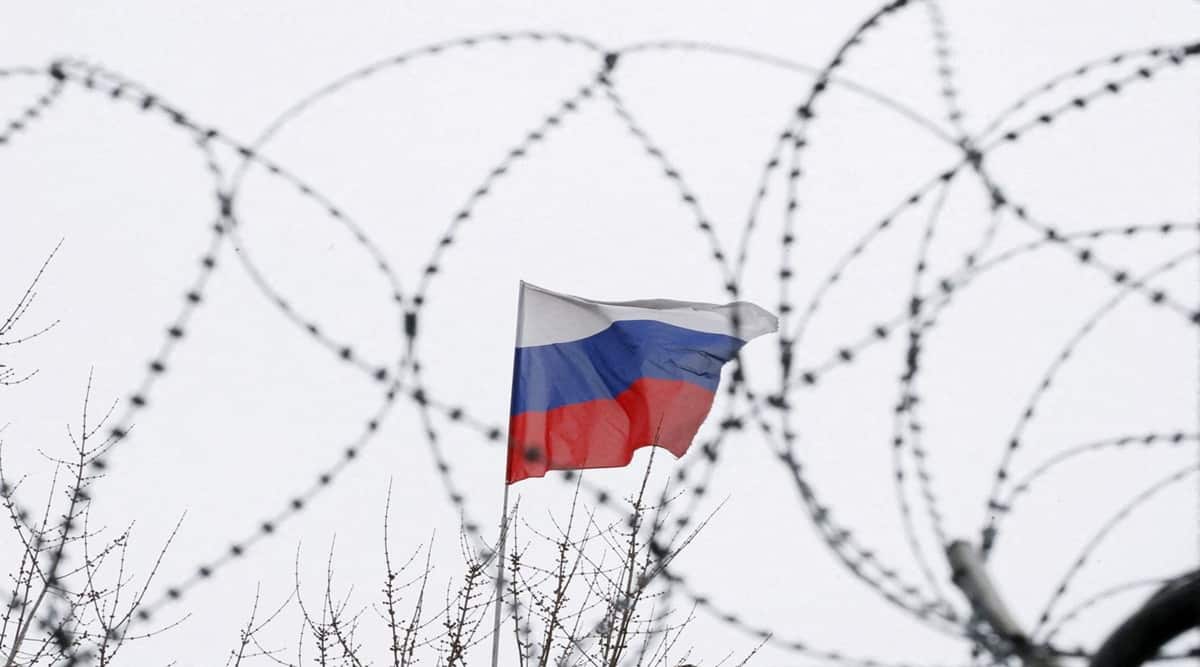 Russia’s top diplomat angrily rejected the US allegations that it was preparing a pretext to invade Ukraine as Russian troops that are amassed near the Ukraine border launched more drills Monday.

The White House said Friday that US intelligence officials had concluded that Russia had already deployed operatives to rebel-controlled eastern Ukraine to carry out acts of sabotage there and blame them on Ukraine in a “false-flag operation” to create a pretext for possible invasion.

Speaking to reporters Monday, Russian Foreign Minister Sergey Lavrov dismissed the US claim as “total disinformation.” He reaffirmed that Russia expects a written response this week from the US and its allies to Moscow’s request for binding guarantees that NATO will not embrace Ukraine or any other ex-Soviet nations, or station its forces and weapons there.

Washington and its allies firmly rejected Moscow’s demands during last week’s Russia-US negotiations in Geneva and a related NATO-Russia meeting in Brussels, which were held as an estimated 100,000 Russian troops with tanks and other heavy weapons are massed near Ukraine in what the West fears might be a prelude to an invasion.

Amid the troops buildup, Russia in recent weeks has held a series of war games in regions that border Ukraine. On Monday, the military announced the launch of another exercise involving armored units stationed in the western part of Russia that includes 300 combat vehicles.

A delegation of US senators is visiting Ukraine to emphasize US support for the country.

“Our bipartisan congressional delegation sends a clear message to the global community: the United States stands in unwavering support of our Ukrainian partners to defend their sovereignty and in the face of persistent Russian aggression,” Sen. Jeanne Shaheen, a New Hampshire Democrat, said in a statement.

Speaking Monday on a visit to Kyiv, German Foreign Minister Annalena Baerbock warned that “any further escalation would carry a high price for the Russian regime — economic, political and strategic” — and emphasised the need to continue negotiations.

“We are prepared to have a serious dialogue with Russia, because diplomacy is the only way to defuse this highly dangerous situation,” she said.

Baerbock said Germany has offered to send cybersecurity specialists to Ukraine to help investigate last week’s cyberattacks, which Ukrainian authorities have blamed on Russia. At the same time, she noted that Germany hasn’t changed its refusal to provide it with weapons.

“We made clear that we will do everything to avoid escalating the crisis,” she said.

Ukrainian officials have warned that Russia could launch an attack from various directions, including from the territory of its ally Belarus.

Belarusian President Alexander Lukashenko, who has increasingly relied on the Kremlin’s support amid Western sanctions over a brutal crackdown on domestic protests, said Russia and Belarus will hold massive military drills next month.

Lukashenko said the maneuvers will be conducted on Belarus’ western border and also in the country’s south, where it borders Ukraine.

Belarus Security Council Secretary Alexander Volfovich said Monday that Russian troops already had started arriving in the country for the exercise, according to the BELTA news agency.

Russia has denied having plans to attack its neighbour and in turn accused the Ukrainian leadership of hatching plans to use force to reclaim control of Russian-backed rebel-held territories in eastern Ukraine. Ukrainian authorities have denied it.

Russia annexed the Crimean Peninsula from Ukraine in 2014 after the ouster of Ukraine’s Moscow-friendly leader and also threw its weight behind a separatist insurgency in eastern Ukraine. More than 14,000 people have been killed in nearly eight years of fighting there.

Russian President Vladimir Putin has warned that Moscow will take unspecified “military-technical measures” if the West stonewalls its demands.

Deputy Foreign Minister Sergei Ryabkov, who led the Russian delegation at the talks with the US in Geneva, said last week that he would “neither confirm nor exclude” the possibility of Russia sending military assets to Cuba and Venezuela if the US and its allies don’t curtail their military activities on Russia’s doorstep. US national security adviser Jake Sullivan has dismissed the comments as bluster.

Asked Monday about the possibility of Russian missile deployment to Cuba and Venezuela, Kremlin spokesman Dmitry Peskov told reporters that “Russia is thinking about how to ensure its security in the context of the current situation.”