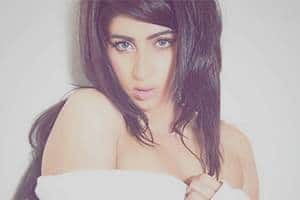 Fouzia Azeem alias Qandeel was a social media sensation, known for self promotion and "selfies".

Social media celebrity and actress Qandeel Baloch was not the first Pakistani female celebrity whose life ended on a tragic note.

Qandeel, who ruled the social media with her expressive self and often raised the issue of women’s empowerment in Pakistan, was murdered by her own brother for saving “honour” of the family.

Like her, several other female celebrities have been killed, sometimes as a victim of creeping conservatism in Pakistani society and sometimes even for money outside the country.

Here are the stories of five such female celebrities:

Pakistan-born model Fehmina Chaudhry, who was based in Singapore, was killed by estate agent Maaz Waqar for ransom. Fehmina was kidnapped while her mother received call for money to secure release of the model, who was a mother of two.

According to a Daily Mail report, Fehmina, who had won many beauty contests, was a dedicated philanthropist and she planned to open a fashion school in Pakistan.

Actress Nadra dominated Pakistani silver screen for about eight years. According to Dawn.com, she used to be paid a lot of performing mujra’s at private functions, apart from acting in films.

Her dazzling looks attracted many who wished to seek favours with her. Nadra’s life ended when she was shot at while leaving a hotel. Police initially suspected the involvement of her husband in the murder, but no one was ever arrested in connection with the case.

Pakistan-born Bollywood actress Laila Khan was killed along with her family members with gunshots by her stepfather Parvez Tek in Maharashtra.

With the help of an accomplice, Tek killed them as he was not happy with their growing closeness with Laila’s second husband. Laila had appeared opposite Rajesh Khanna in ‘Wafa: A Deadly’ love story.

The beautiful actress died after she was shot at by her jealous lover”.

According to showbizpak.com,  her body remained for hours at the crime scene as no one willed to help. Police also couldn’t  arrest anyone in connection with the case, which remains unsolved.

Marvi came from Sindhi background but managed to seal her place in Pakistan film industry with her talent within a very short span of time.

Qandeel Baloch (26) was strangulated to death by her own brother in a bid to save the family’s “honour”. Fouzia Azeem alias Qandeel was a social media sensation, known for self promotion and “selfies”.

She was in news during the ICC World T20 tournament for her bold tweets to Indian vice-captain Virat Kohli and Pakistani skipper Shahid Afridi. She also often promoted women’s empowerment in Pakistan.

Qandeel had shot to fame after a video of her pouting for the camera went viral on social media in 2014.